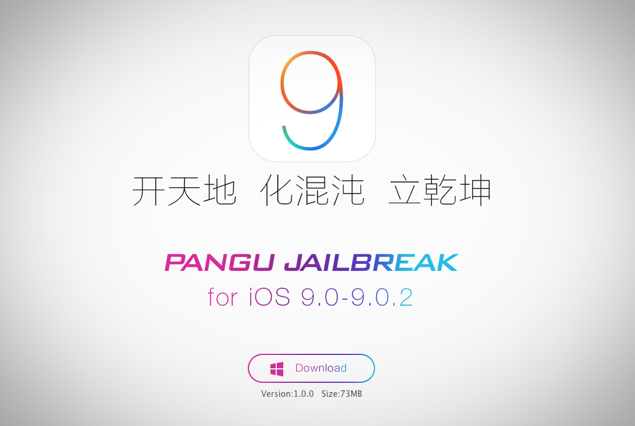 The iOS 9 jailbreak is finally here, and thanks to the hand work of Pangu, users can now jailbreak Cupertino's latest firmware release all the way from iOS 9 till iOS 9.0.2 in one fell swoop on all the latest iOS devices, including the freshly released iPhone 6s and iPhone 6s Plus.

Sadly though, where there's good news, there's bad news as well; the Pangu 9 iOS 9 jailbreak tool is currently a Windows-only affair, which means that Mac OS X users have to wait it out for a bit until they can get their hands on the tool. But given that Pangu has always released the Mac version of the tool in due course, we urge users to exercise some patience.

The full list of supported devices by the new Pangu 9 iOS 9 jailbreak tool are as follows: iPhone 4s all the way up to the latest iPhone 6s Plus, iPad 2 all the way to the iPad Air 2, and the original iPad mini all the way to the newly released iPad mini 4. And of course, the iPod touch 5 and the iPod touch 6 are supported as well. In other words, all of the devices that support iOS 9 - 9.0.2 are supported by Pangu 9 and you can rest assured that you'll be well and truly covered no matter what.

On the firmware front, Pangu 9 iOS 9 jailbreak is capable of liberating iOS 9 all the way up to the latest public release, which is iOS 9.0.2. 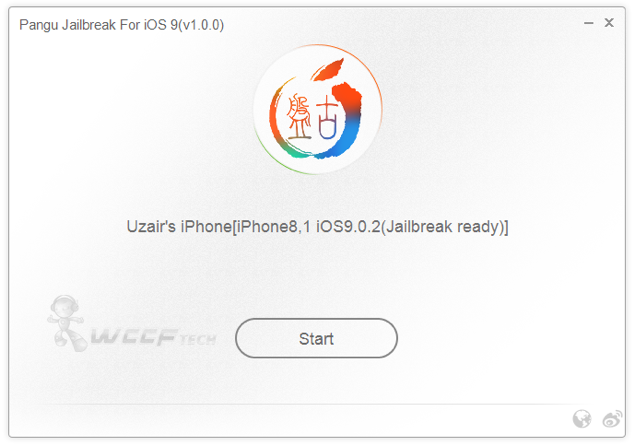 While the Pangu 9 iOS 9 jailbreak tool is immediately available to download, we recommend our readers to hold back for a while and wait for our detailed tutorials on how you can jailbreak Cupertino's latest mobile OS using Pangu 9. There are chances that things can go wrong during the process and we highly recommend that you leave the testing bit to us so that the whole process goes as smoothly as possible for you.

You can download the Pangu 9 iOS 9 jailbreak tool from this link.

Also be sure to update to iOS 9.0.2 straight away so you can get yourself ready for Pangu 9 right away: Download: iOS 9.0.2 For iPhone, iPad, iPod touch – IPSW Direct Links.

Given that Pangu 9 is now with us, we want every user to upgrade to iOS 9.0.2 immediately. It's the latest mobile firmware from Cupertino, and furthermore, there are chances that Apple will patch the jailbreak with a small point update in the future.