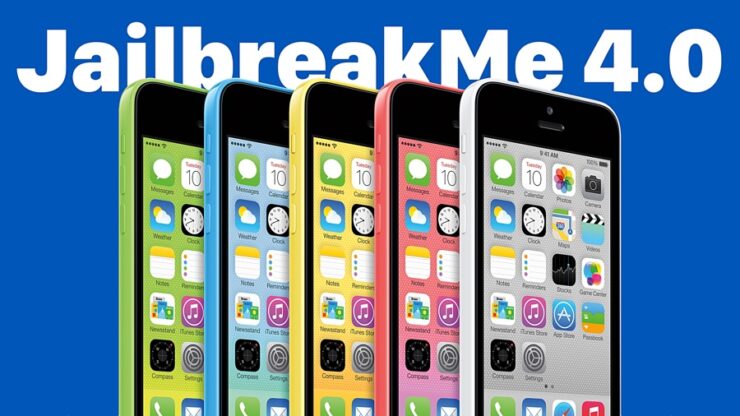 JailbreakMe 4.0 has been released. It lets you jailbreak iOS 9 running on 32-bit iPhone and iPad devices straight from Safari.

You Can Now Jailbreak iOS 9 Straight from Safari Using JailbreakMe 4.0.

As we wait for the iOS 11.x jailbreak to arrive, a new solution has just made the cut into the scene, allowing iOS 9 users to liberate their devices straight from Safari. In case you didn't know, the jailbreak is dubbed JailbreakMe 4.0, and it essentially allows you to jailbreak iOS 9 (iOS 9.1 - iOS 9.3.4) without connecting your device to a computer. Simply head over to jailbreak.me straight from Safari, tap the jailbreak me! button and you're good to go.

The only real downside of this solution is that it's meant for iOS 9 users, which in itself is ancient software compared to the likes of iOS 11. If you think that wasn't off-putting enough, you'll be not so pleased to learn that this solution works on 32-bit iPhones and iPads only. So yes, anything after the iPhone 5 that has a 64-bit processor just won't work. But hey, those who fulfill the pre-requisites can go straight away and reap the benefits of jailbreaking without second-guessing what they're getting themselves into.

A massive hats off for tihmstar for making this jailbreak happen and simplifying the process ten-fold. Check out the tutorial below and you'll be up to speed in no time.

Given how things are in the world of jailbreaking, with activities dying down slowly, the release of JailbreakMe 4.0 is without a doubt, a breath of fresh air. It gives us slight hope that the grass is greener for iOS 11.x users that are eagerly awaiting a jailbreak, even those who own an iPhone X.

Quite frankly, I don't see the need for jailbreaking ever since the release of iOS 11, thanks to features which Apple has packed on a system-level. But hey, we all need to go that extra mile in terms of customization, and that department is where jailbreaking shines the most.

In the meantime, if you have an iOS 9 device lying around, point Safari to jailbreak.me on it and have fun with it.