Update: The links have been updated to the official download page.

Mozilla has released a new version of its popular web browser Firefox 6. A few months back Firefox 5 was released but the next one has been released moments after, instead of the prior year to year update schedule, in order to cater the growing demand of speedy and friendly interface of web browsers. The update will officially start rolling out via your browser next week but you can already download it from the links provided after the break for your Mac, Windows or Linux OS.

The new version offers minor improvements and bug fixes which are not visible through the naked eye but they enhance your browsing experience to the best of your expectations. You can easily note the speed enhancement to about 20% after using the browser for a while, as claimed by Mozilla themselves. 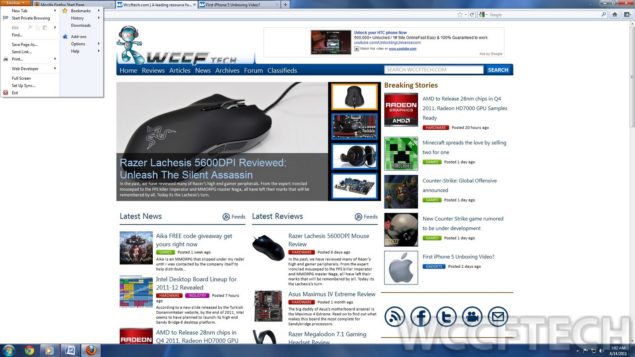 Well Mozilla is continuing to compete Google’s Chrome and Microsoft’s Internet Explorer and much of the users are delighted by their fine work. There is however a little chance that Mozilla would update their ‘final’ version a bit before they begin to roll out updates via browser as the welcome page still reads Firefox 6 Beta but don’t be fooled if you are a Firefox fan as they have not yet updated the welcome page. Grab your Firefox 6 now from the download links provided below.