Apple released third iOS 9 beta to developers yesterday, on July 8. You can download links and access more information of iOS 9 beta 3 here. However, for those who signed up for the public beta, now is the good time to wake up! 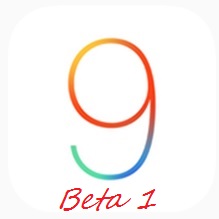 Apple has finally released the very first iOS 9 public beta today to users who signed up for it. This is the same build which was released to devs yesterday but first ever for the public. iOS 9 public beta 1 sports all the features that iOS 9 Beta 3 brought yesterday. These include:

After the usual rage around Apple Music, the major feature here is two-factor authentication. Apple has now introduced better security with iOS 9 and OS X El Capitan making Apple accounts more secure than ever before. You can download iOS 9 public beta 1 and try out the latest iOS 9 version by signing up on the Apple beta site. iOS 9 is compatible with the following devices:

If you are trying out the first iOS 9 public beta, don't forget to let us know what you think of the looks of this upcoming operating system. iOS 9 was released at WWDC keynote earlier in June. This year Apple's mobile operating system focused on functionality and performance improvements. Bringing the long-awaited multitasking features, iOS 9 also brings in some other changes in apps like News, Maps, and Notes. The OS brings faster performance, added functionality, user-focused features, multitasking for iPad, and more.

iOS 9 Beta 1 for iPhone, iPad is Available to Download – How to