Apple has released details on its new security changes which are to be introduced in iOS 9 and OS X El Capitan. the overall change improves how a person access his Apple ID considering verification from secondary trusted devices. The security inauguration includes better integration of verification codes for a much safer yet fault free process. Another major aspect coming with the introduction of two factor authentication process is the removal of the Recovery Key. 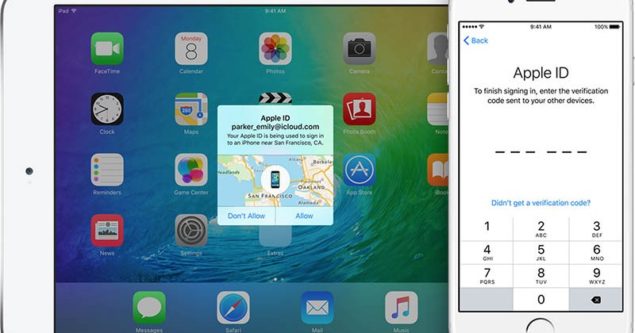 The new security change, the two-factor authentication is currently available to some of the beta users but will be officially released with iOS 9 later this fall. An Apple spokesperson told MacWorld that the Recovery key will be replaced by a live call to Apple's customer support recovery process. The Recovery Key has been removed due to the introduction of a new security process included in iOS and OS X.

The major enhancement in the two-factor authentication is the integration and management of trusted devices across both iOS 9 and OS X. This states that users who sign into any device running either El Capitan or iOS 9 using their Apple ID will become a trusted device given they proceed through the two-factor authentication. This feature was first handled by Apple stock application Find My iPhone/Mac.

The mechanics is simple. When a person signs into his Apple ID account on any device supporting the aforementioned operating systems, a verification code will be sent to all the trusted devices. Hence it has become easier to access your Apple ID account and even more secure with the verification code constituting sic digits instead of four. The integration of devices have been tremendously managed authenticating through a trusted device is now easier than providing a recovery key. 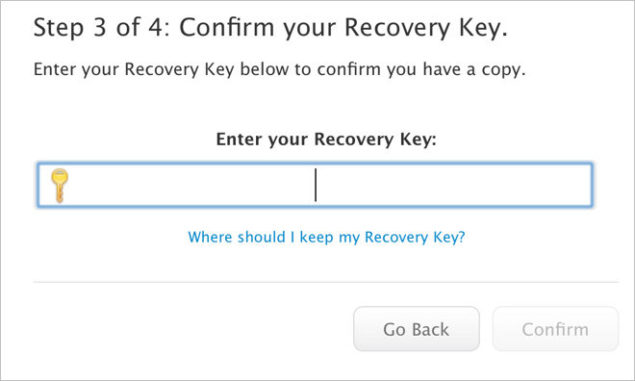 Currently, Recovery Key is used to access a trusted device through a 14-digit verification code. However, if the Recovery Key itself is lost, the Apple ID seems to be irretrievable. With the two-factor authentication, users can now contact their customer support and leave a recovery request. After the authentication process is complete, the user will be able to redeem his Apple ID. Its really that simple.