Apple has just released iOS 8.4 Beta 3 to developers. So far with this software version, the focus has been on music, and in the third beta, the effort to expand and improve this category continues. 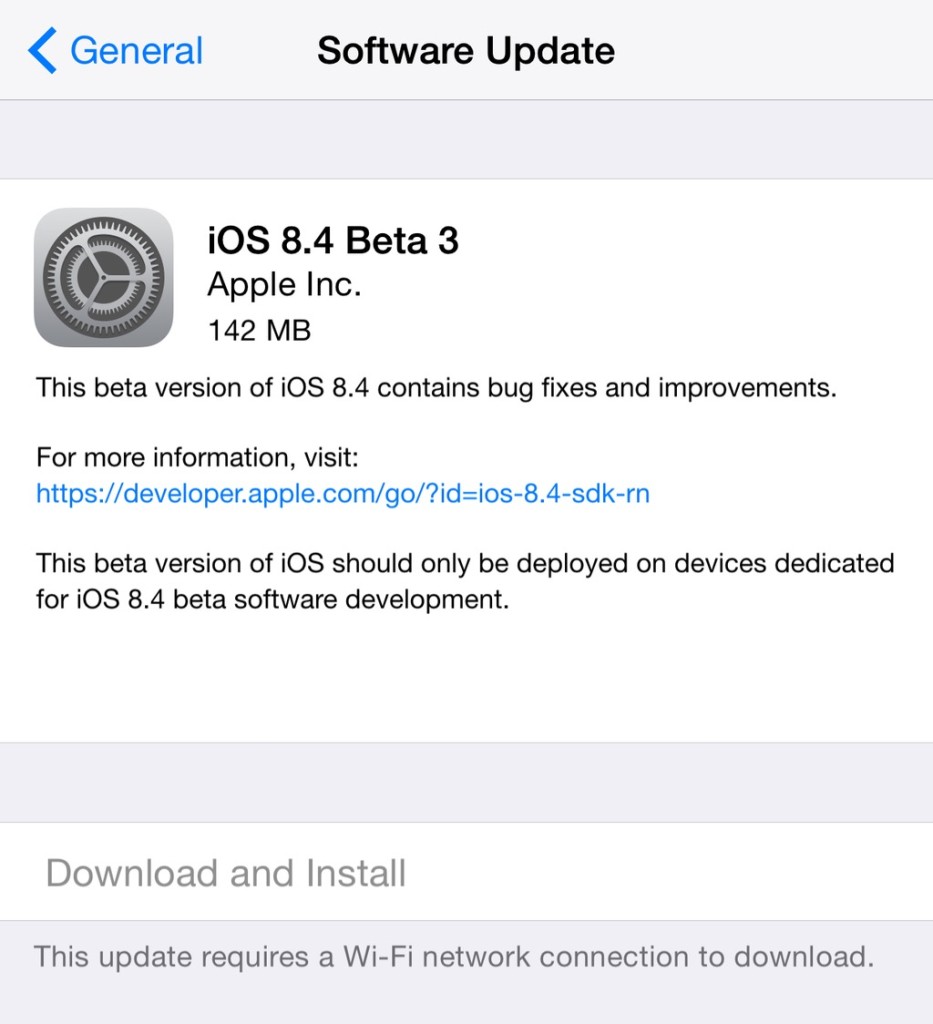 You would think, with the iTunes Music Store having been such a central component in the evolution of digital music, that Apple's knowledge of the game and vast library of content would be enough for it to see off the likes of Spotify and others with ease. But it hasn't turned out that way, and with iTunes Radio having struggled to make its mark after arriving with iOS 7, it seems likely that Apple will revamp and essentially relaunch the recently-acquired Beats Music service that was part of the deal to purchase Beats Electronics.

The Worldwide Developers Conference is fast approaching, and could host the announcement of these new, Beats-infused endeavors, but even now, Apple seems to be putting in the groundwork. The Music app, which has an all-new appearance, is largely crippled in this third beta as per the release notes, so expect some erratic behavior as Apple continues to make changes.

Particularly, you won't be able to use Siri to control iTunes Radio in this beta; Home Sharing and Genius Mixes are "not currently available," according to the release notes, and AirPlay streaming could also throw up some issues.

Still, the release notes point out a range of "bug fixes and improvements," so where music fans may have problems, iOS 8.4 beta 3 should, on the whole, be a smooth and streamlined experience.

With the build number 12H4098c, you can grab the OTA if you're on the second beta already, or by hitting the direct links we've provided.

If you are not a registered developer but are still interested in checking out the new features, the public iOS 8.4 beta 2 has also been released, and is a carbon copy of the dev-only third beta. For more info, head over to the Appleseed site.