Finally! Apple has Female Executives on Stage as Tim Cook had Promised Earlier

"I think the most diverse group will produce the best product, I firmly believe that," said Apple CEO Tim Cook in an interview earlier this week. Following the interview with Mashable, tech industry was "hoping" to see some female executives appearing on WWDC 2015 stage and so it happened. What shouldn't have been a major event is being applauded thanks to a notable lack of female presence at the top tier of tech industry.

While the Worldwide Developers Conference is still going on at Moscone Center - with reportedly many Internet issues - we have already seen Jennifer Bailey, Vice President of Apple Pay and Susan Prescott, VP of Product Marketing talking about the new News app. 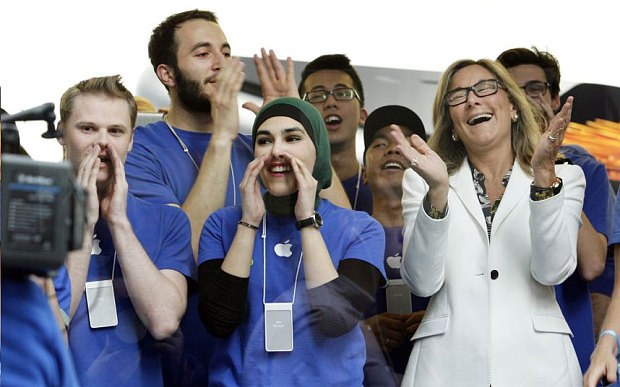 More faces are expected to come on stage including the much-wanted Angela Ahrendts of Burberry fame and Lisa Jackson, VP of environment initiatives. So why does it all matter that some female executives were asked to talk about Apple products this year?

So far, only three women have appeared at WWDC keynotes since 2007. And while women represent some 30% of the Apple's entire workforce, representation at company's major event is close to nothing. Among these three too, two were third-party developers while the third was humanitarian Christy Turlington Burns who appeared at Apple Watch event this year.

Technology industry may claim to be closing the racial and gender gap, but it clearly is visible when you see at the workforce and top executives of any leading tech companies including the likes of Apple and Google. Gender imbalance becomes starkly visible during events like Google I/O and WWDC.

In recent years, all these major tech firms are trying to work on this imbalance and have the women take on stage without the usual "window" image. Apple seems to be on the right track to bring racial and gender diversity in the industry. As Cook promised in the interview,

"You will see a change tomorrow."