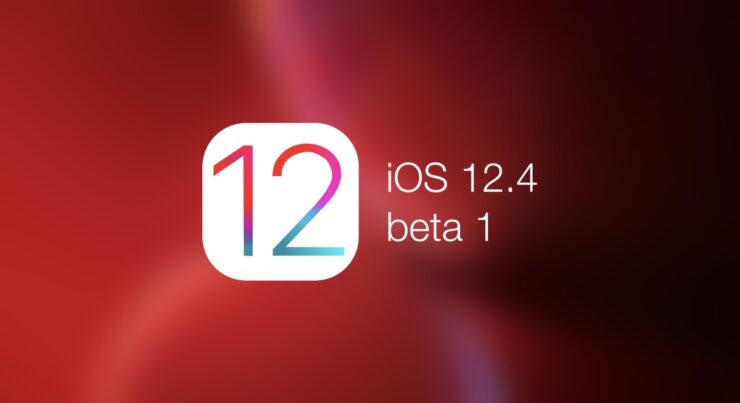 You thought Apple would slow down, but nope. iOS 12.4 beta 1 is now available for all registered developers with an iPhone or iPad.

iOS 12.3 opened the gates for an all-new TV app which Apple showcased at its special event a while back. And now, the company is already working on the next big update for iPhone and iPad users, which is iOS 12.4. But right now, it is available for registered developers only and only those with a paid account with Apple can go ahead and download the beta immediately.

Simply sign into your Apple Developer Program account, go to the Downloads section and choose the method which you wish to follow in order to install iOS 12.4 beta 1. You can either have the update delivered to you over the air, or if you like, perform a clean restore using iTunes. If you do not want to go through the hassle of connecting wires, taking backups or restoring them, then the over the air method is the way to go at this point.

It's too early to suggest what iOS 12.4 beta 1 brings to the table. But as usual, we will dig through the update and inform our users what they can expect from this release. But given that it's a ".4" release therefore we can expect some major changes. Again, it's unclear what those changes might be.

The only thing we do know for sure is this: the new beta adds support for the newly announced Apple Card.

If you are an Apple enthusiast and planning to install the update right away onto your device then it's a good idea to exercise caution at every step of the way. Since this is a beta release therefore you might experience broken functionality in key areas of the software. There is also a chance that you might experience poor performance and bad battery life too. That is something which everyone should expect while installing unfinished software. If you understand all this and still wish to install iOS 12.4 beta 1, it's entirely your call.

Installed the latest beta onto your iPhone or iPad? Share your thoughts about it with us in the comments section below.