Saurik has updated Cydia Substrate and is now fully compatible with the newly released Pangu 9 iOS 9 jailbreak for iPhone, iPad and iPod touch. 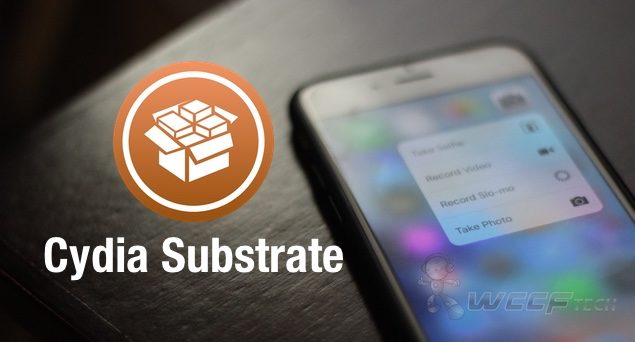 Cydia Substrate For iOS 9 Is Now Available To Download

The release of the iOS 9 - 9.0.2 jailbreak comes as a huge surprise given the fact that we heard little to no details regarding its existence. Pangu came through with the solution and was swift to release it without any sort of teaser whatsoever. The new jailbreak supports all devices that are capable of running iOS 9 all the way up to the current public release, which is iOS 9.0.2. Interestingly, Apple's latest flagship smartphones, iPhone 6s and iPhone 6s Plus, are also compatible with Pangu 9.

Saurik, the man behind the Cydia jailbreak store, has today acted swiftly on top of the release of Pangu 9, and has updated Cydia Substrate to fully support iOS 9 and above. The complete changelog as per Cydia is as follows:

Cydia Substrate 0.9.6000 has made massive internal changes to be compatible with the latest jailbreak for iOS 9 from Pangu. 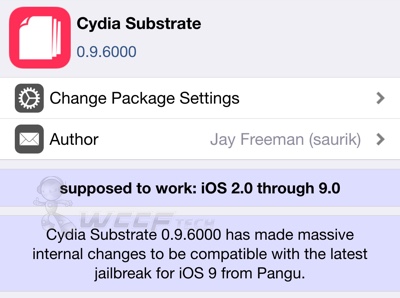 You can download the updated version of Cydia Substrate from Cydia itself. Simply launch Saurik's jailbreak store from your device's home screen, and do a search for 'Cydia Substrate.' Simply update the package and respring your device for the changes to take complete effect.

Also keep in mind that majority of the tweaks and packages on Cydia at the moment aren't compatible with iOS 9.x, which means that there's a high chance that installing software off the jailbreak store might result in poor performance or the crashing of your device. Therefore it's highly advised that users exercise utter patience and make sure that their favorite packages are updated for iOS 9.x before slamming that install button. And given the fact that it's highly likely that Apple might patch the jailbreak with the release of a point update to iOS 9, you really don't want any sort of problems knocking on your door.

If you haven't jailibroken iOS 9 - 9.0.2 already, then be sure to check out the following posts:

Do not forget to update Substrate right away as you'll be needing it in the future to install tweaks that are compatible with iOS 9. Given the flourishing iOS jailbreak landscape, we're certain that many developers are readying their tweaks for Pangu 9 as we speak.