Here's how you can downgrade iOS 9.1 to iOS 9.0.2 right now and jailbreak your iPhone, iPad, iPod touch using Pangu 9.

Apple released iOS 9.1 final download just a while back, and along with the changes that the new firmware brings to iPhone, iPad and iPod touch users, it patches the Pangu 9 jailbreak altogether as well. But luckily, there's a small window of opportunity which users can make use of, allowing them to downgrade from iOS 9.1 to iOS 9.0.2, as Apple is currently signing the latter firmware version. Instead of getting into more details, today we'll quickly walk you through the process of how you can downgrade to iOS 9.0.2 right away and subsequently jailbreak using Pangu 9.

Keep in mind that this process will erase your device hence make sure that you backup everything beforehand. Also be sure to turn off Find my iPhone (Settings > iCloud > Find my iPhone) before proceeding ahead.

1. Download the iOS 9.0.2 IPSW firmware file for your iPhone, iPad or iPod touch.

2. Connect your device to your PC or Mac and launch iTunes. If you haven't installed iTunes already, then you can do so by heading over to apple.com/itunes.

3. Select your device from the top left hand corner of iTunes. 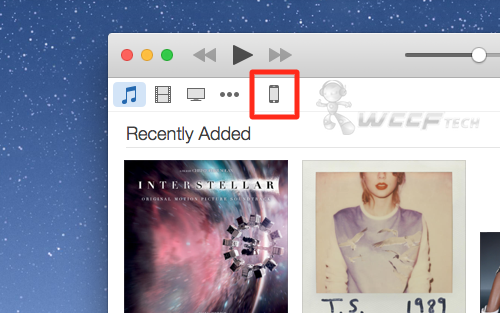 4. Click on the 'Restore iPhone' button while holding down the left 'Option' key (Mac users) or the left 'Shift' key (PC users.)

5. iTunes will now ask you to point it towards a firmware file. Simply select the one which you downloaded in step 1.

After a few minutes your device will boot straight into iOS 9.0.2

Simply follow our guides linked below on how you can jailbreak iOS 9 - 9.0.2 using Pangu 9:

Once you're done jailbreaking, we recommend all users to exercise as much caution as possible while using their device in the jailbroken state. Even the slightest mistake can cost you the entire jailbreak, such as installing an incompatible tweak, kicking your device into an endless boot loop, forcing you to restore using iTunes. And given that iOS 9.1 was released just a while back, it's a race against time until Apple closes the signing window, pulling the luxury of giving users the ability to downgrade at a moment's notice.

If you aren't bothered about the jailbreak at all, then it's a good idea to update to the latest release as it is packed to the rafters with a bunch of bug fixes and performance enhancements. If otherwise, then stay away at all costs.

Did you update to iOS 9.1? Or are you planning to stick with iOS 9 - 9.0.2 and planning to enjoy the jailbreak instead? You know where to drop your thoughts.