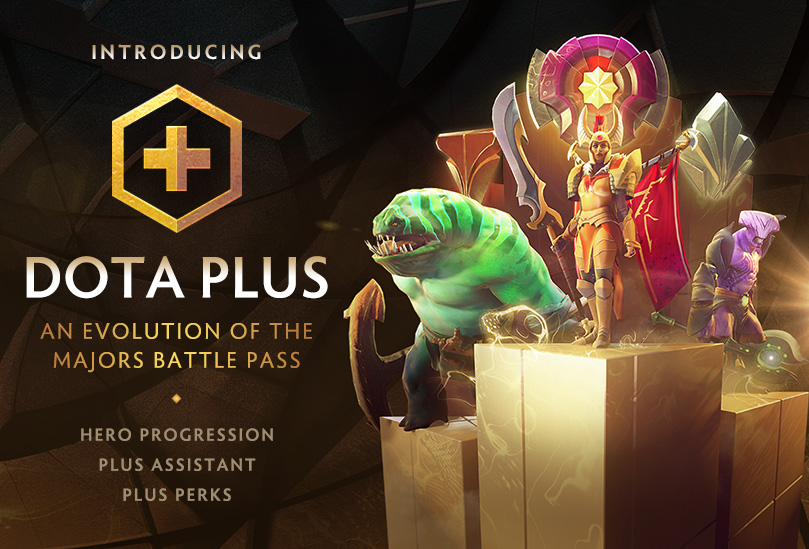 A new subscription service called Dota Plus has been recently revealed for the free to play PC game Dota 2, an evolution of the previously available Battle Pass granting several perks.

The Dota Plus monthly subscription service has been added as a result of the recent introducing of the Pro Circuit, and it will offer services without interruption.

This reimagining of the Majors Battle Pass will be an ongoing, uninterrupted service filled with features that provide both progression and opportunities for improvement. Hero Leveling offers you a way to make progress every match while earning Shards, a new currency that can be used to unlock rewards. Test your skills by completing hundreds of new Challenges of varying difficulties. Use the Plus Assistant to help you make build decisions by utilizing real-time item and ability suggestions. These suggestions are based on data gathered from millions of recent games at each skill bracket, ensuring your builds stay current in the ever-evolving meta. Better understand your playstyle by using new graphs and analysis tools both during the match and after it’s finished.

This update also includes the return of the Battle Cup. All Dota Plus members will have free weekly access to play in the weekend tournaments, while non-members can still purchase tickets for $0.99 to participate.

More information on Dota Plus, including fees, can be found on the service's official website.