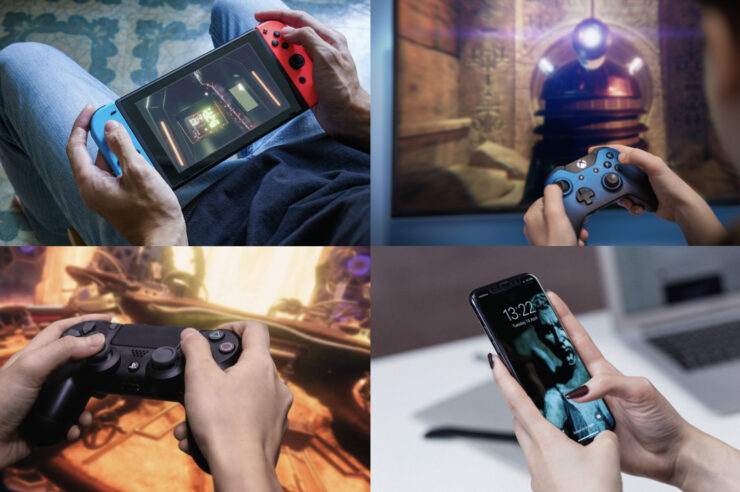 Following the release of Doctor Who: The Edge of Time on VR platforms, developer Maze Theory has just announced plans to expand the IP onto other gaming platforms with a new title coming in early 2021 to PC, PlayStation 4, Xbox One, and Nintendo Switch. Additionally, a horror/sci-fi 'takeover game' for mobile devices is being developed in partnership with Kaigan Games, adding up to a trilogy of Doctor Who experiences when you include the aforementioned The Edge of Time VR game.

Details are fairly scarce, other than 'new adventures, game mechanics, intriguing subplots, and iconic features such as the TARDIS, the Weeping Angels, the Daleks and the Doctor herself'.

The new Doctor Who games are just the tip of the iceberg of Maze Theory's projects. The studio is also working on a Peaky Blinders VR game announced last year; the press release mentions that its title will be Peaky Blinders - The King’s Ransom and that, just like for Doctor Who, this is also going to be available on multiple platforms and devices rather than just VR. It's scheduled to launch in 2021, featuring an action/adventure framework with Tommy Shelby, Arthur Shelby and Polly Gray as the main characters and The Garrison pub and Charlie’s Yard as iconic locations.

Last but not least, Maze Theory is also working on an original VR game whose working title is the Vanishing Act. It'll be a 'feature-length, narrative-based game' where futuristic technology enables people to experience the memories of others and travel to deeper layers of their own.

All of this expansion is possible thanks to investments from the UK Creative Content EIS Fund in association with the British Film Institute (BFI) as well as a second grant, the Immersive Technology Investment Accelerator, from the Government’s UKRI Audiences of the Future Programme.

Maze Theory is evolving to the next level. We know from feedback that fans of shows like Doctor Who and Peaky Blinders crave new and exciting experiences across multiple devices and interwoven stories that create an overall experience far surpassing that of a single game.

The world is facing challenging times right now, but the gaming sector continues to be resilient in times of economic uncertainty. These investments and our new content initiatives enable us to grow our fanbase and drive our business forward. We remain as committed as ever to delivering brilliant gaming experiences.

Meet the Daleks Face to Face in Upcoming VR Game Doctor Who: The Edge of Time, Out November 12th

Doctor Who: The Edge of Time Gameplay Trailer Takes you Across Space and Time