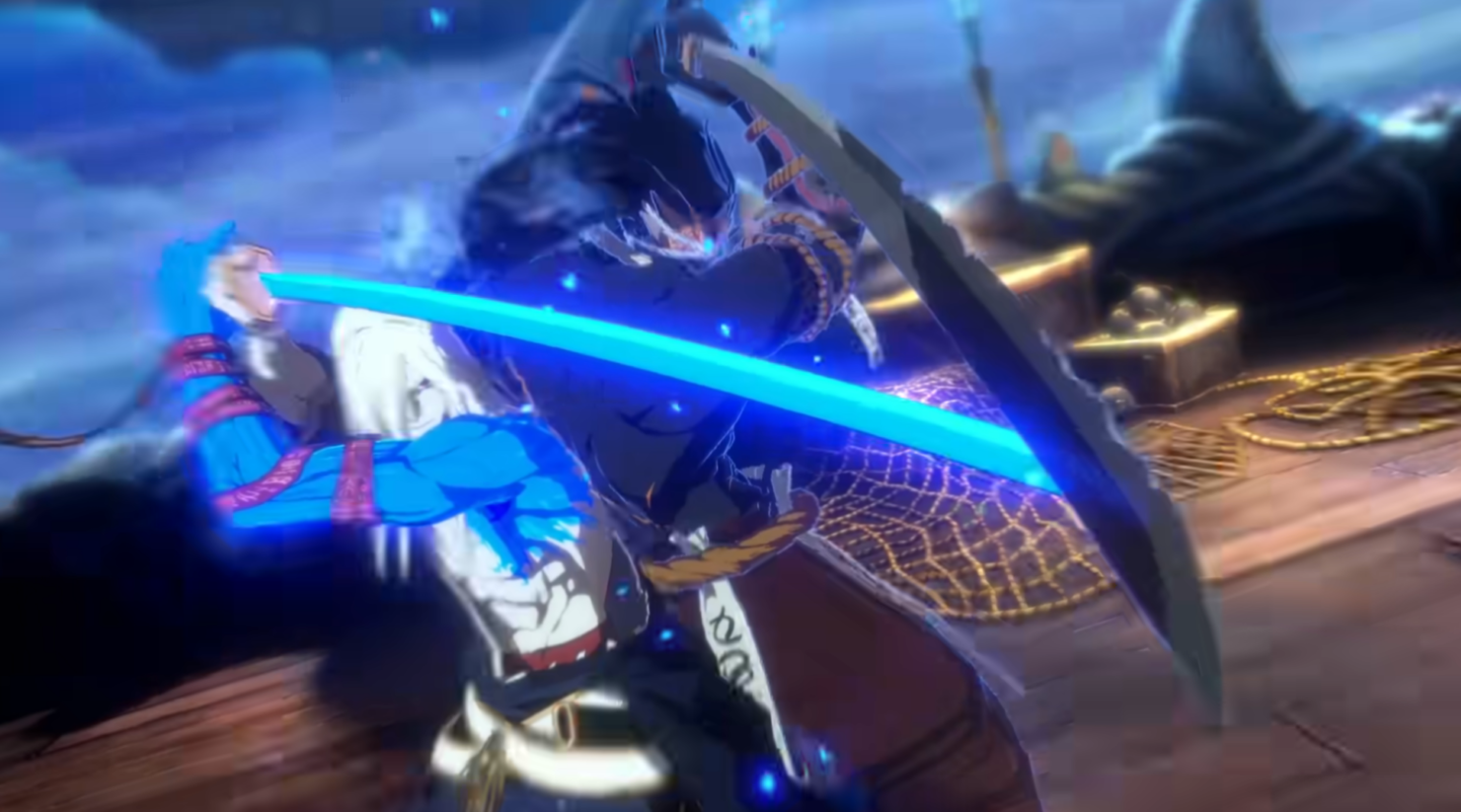 DNF Duel, since the beta towards the end of last year, has been mostly quiet minus the release date trailer. That trailer sets us for a Summer 2022 release (end of Q2, somewhere in Q3), and it will release on PlayStation 5, PlayStation 4, and PC. The release date isn’t what we’re discussing today, though.

That window starts in about three months. What’s going on today is that there’s a brand-new trailer for one of the game’s confirmed characters, the Ghostblade. Like other characters such as the Ranger and Striker, it comes with a few bits of gameplay, and a visual for the character’s super attack. You can watch that below.

Despite being a very short trailer at under 40 seconds, there are still some important things to be found here. First, and foremost, is that the Ghostblade is a mid-ranged character that calls upon his spiritual partner to assist him in some enhanced special attacks and is shown in Ghostblade’s super.

Aside from that, Ghostblade has wide-reaching attacks, some of which are advancing in nature, an aerial special attack that, when enhanced, launches the opponent, and a special attack that causes a crumple-stun state, allowing for very easy followups. Ghostblade might be a powerful character if used properly, and his wide-sweeping attacks give him range capabilities similar to Vanguard.

Ghostblade will be joining the likes of the Striker, Grappler, Inquisitor, Berserker, and more characters when DNF Duel releases later this year. DNF Duel will also be launching with rollback netcode, which is a great deal for the game’s online scene.

DNF Duel has been revealed, alongside other games based on the Dungeon and Fighter franchise, last year. The game is based on the famous RPG franchise and is currently being developed by Arc System Works under the publishing of Nexon. The game uses 2.5D graphics a la Guilty Gear Strive to bring its characters to life.

DNF Duel will be launching in Summer 2022, on PlayStation 5, PlayStation 4, and PC (store not disclosed).