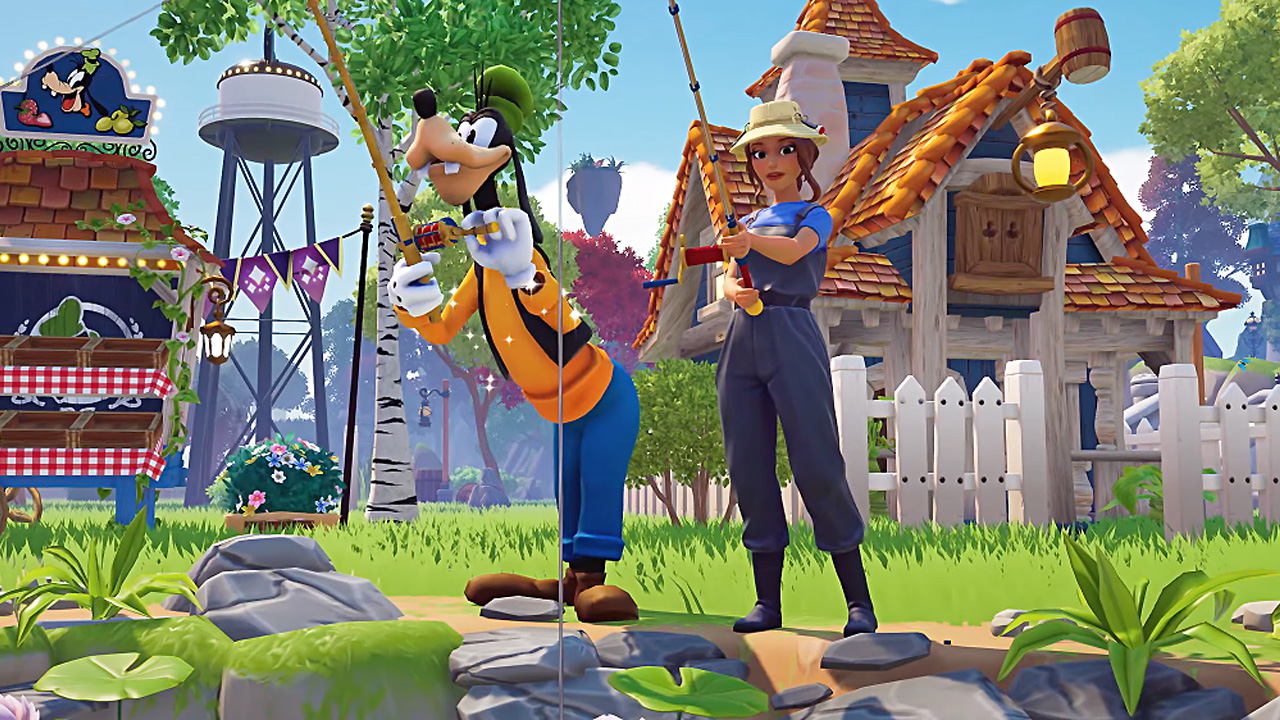 How do you know when you’ve really made it in the entertainment industry? When Disney tries to rip you off! When Eric Barone created Stardew Valley largely on his own, he probably never imagined Disney would someday try to make their own version, but well, here we are. Disney Dreamlight Valley tasks players with bringing a once-beautiful village back to life, while farming, fishing, cooking, and helping townsfolk with their problems (sound familiar?) The difference, is this particular valley is inhabited by the likes of Goofy, Mickey Mouse, and Woody from Toy Story (to name just a few). You can check out a trailer for Disney Dreamlight Valley, below.

Disney Dreamlight Valley will be free-to-play and is being developed by Gameloft. Here’s a bit more info on what you can expect…

Arriving in the dream world of Dreamlight Valley, players will embark on a quest to restore a once-idyllic village now desolate and full of Night Thorns after a mysterious event called The Forgetting. Uncover the mysterious secrets that led you to this new world and explore diverse realms inspired by classic Disney and Pixar worlds, while helping the iconic inhabitants of the town recover their lost memories.

Players will meet and build friendships with beloved characters from Mickey & Friends to Disney’s The Lion King, The Little Mermaid, and Moana to Disney and Pixar’s Toy Story and more. Dive into unique individualized story arcs and enjoy activities with some of the village’s most memorable characters, such as whipping up a delectable Disney-themed dishes alongside Remy from Disney and Pixar’s Ratatouille inside of your own village restaurant, fishing at the fishing hole with Goofy, or growing vegetables from Wall-E’s garden patch.

Players will be able to design the Disney and Pixar villages of their dreams across multiple unique biomes, ranging from the snowy mountains of the Frosted Heights to the Peaceful Meadow and beyond—with a wealth of customization options for their avatars, homes, and villages. The game will feature an ever-evolving list of Disney-princess-inspired ballgowns, Mickey-adorned streetwear, Frozen-inspired antique kitchen designs, and more.

Disney Dreamlight Valley is coming to PC, Xbox One, Xbox Series X/S, PS4, PS5, and Switch. The game launches in Early Access in 2022, with players being able to gain access by purchasing a “Founder’s Pack” or being an Xbox Game Pass subscriber. Founder Pack pricing has yet to be revealed.