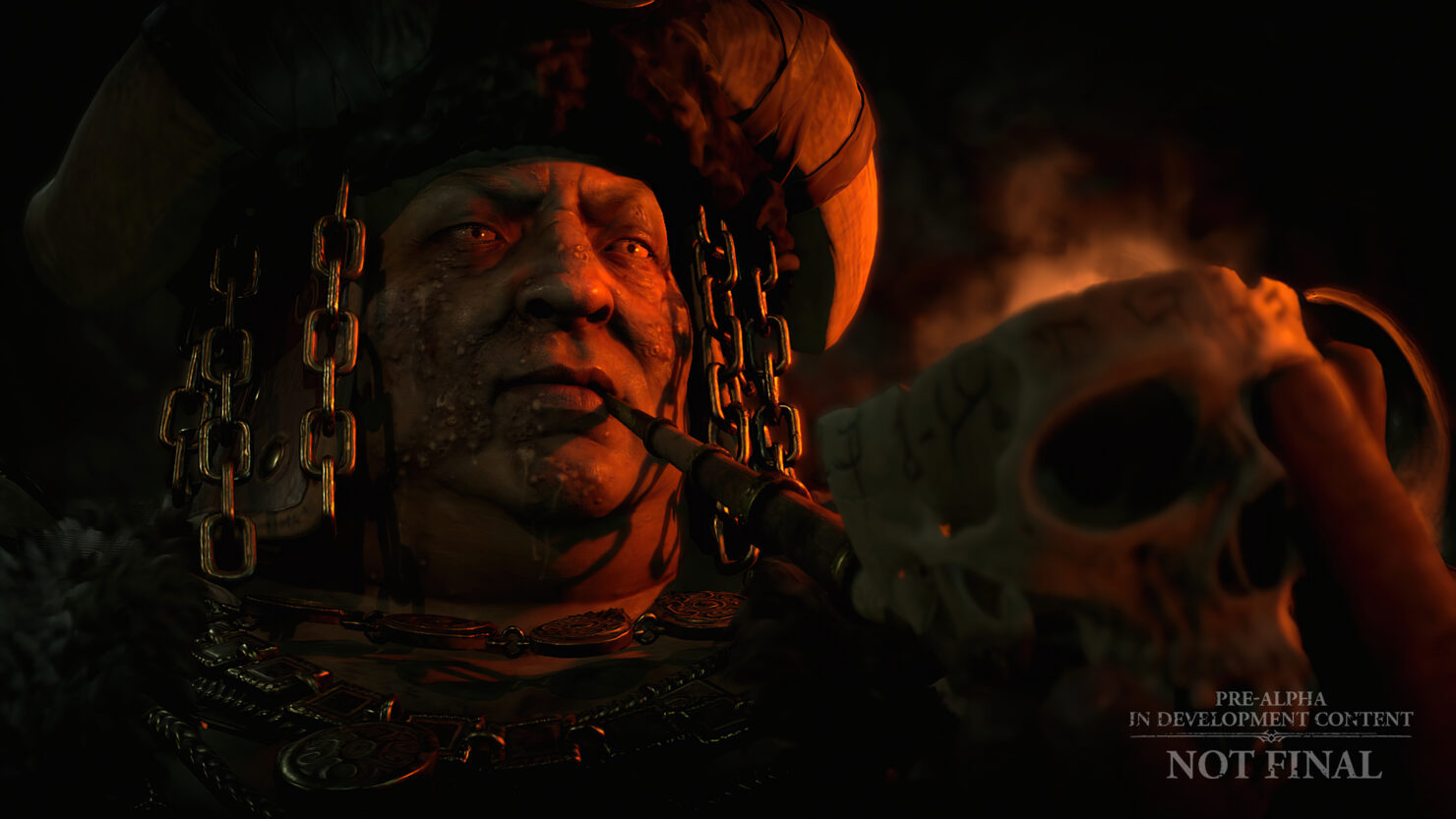 Diablo 4 isn't coming out any time soon, but that doesn't mean Blizzard won't share development updates from time to time. That's exactly what they did yesterday, revealing more information on a number of game features alongside a batch of new screenshots.

To begin with, the approach to storytelling will be a bit more modern to increase immersion. For instance, cinematics will be made in real-time, which means that you'll be able to see the character wearing your equipped armor and sporting the level of detail that you've selected in the game's graphical settings.

Additionally, conversations with NPCs will feel more intimate with the zoomed-in and choreographed camera as you can see in the example below. 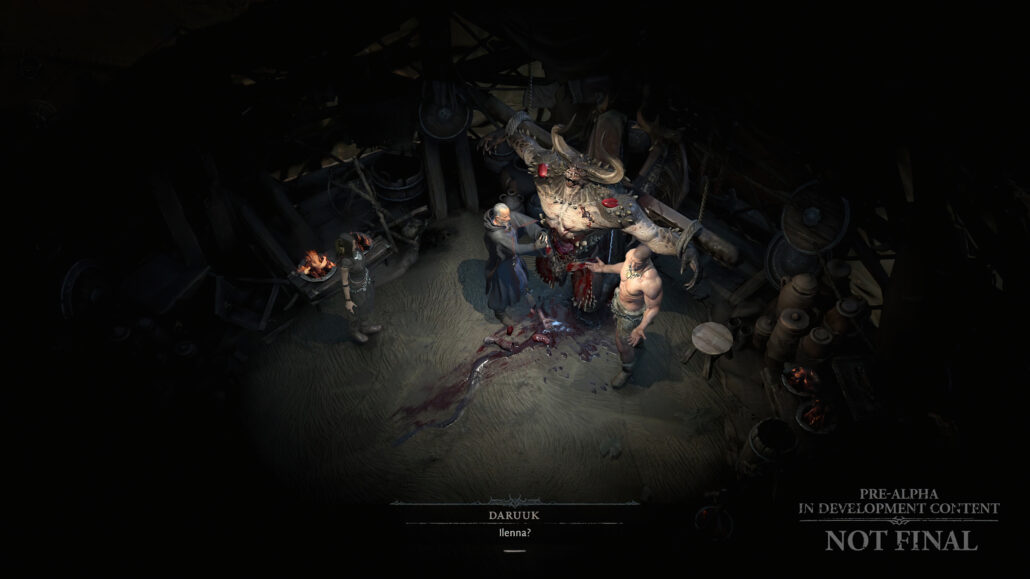 Blizzard also discussed some of the new open world elements that will be added to Diablo 4.

One of the main new features we are bringing to the Diablo series is the open world of Sanctuary. So, while you can concentrate on the story campaign and work through that, we have a variety of open world systems and pieces of content that you are also discovering along the way. If you want to take a break from the main campaign and go exploring, crafting, or PvPing, you are free to do so. 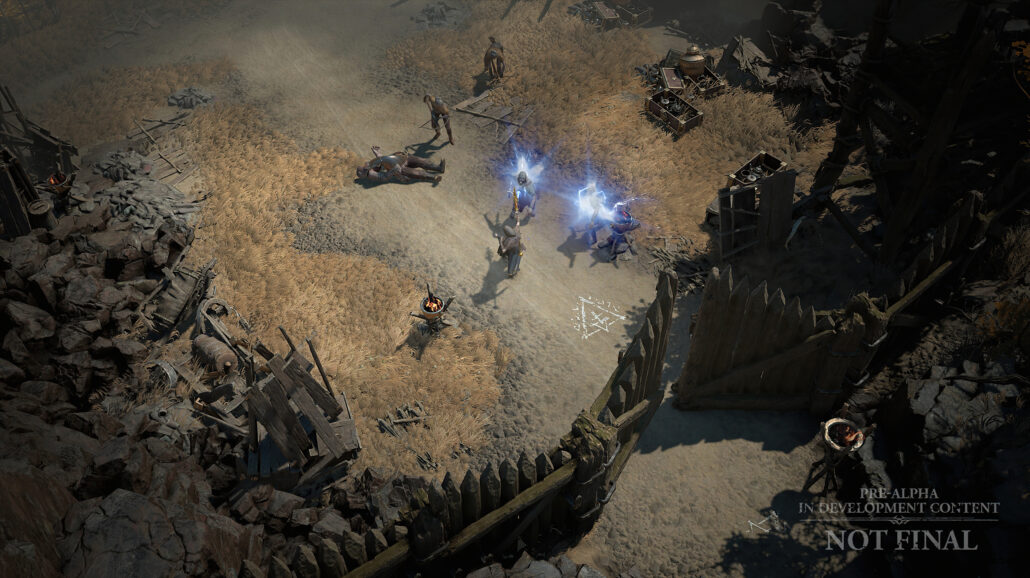 While we have many open world activities, such as crafting, events, world PvP, and side quests, perhaps the most popular open world feature was Camps. These are locations of importance that have been overrun by enemies, which once cleansed turn into friendly outposts with NPCs and a waypoint location. While there is a backstory to each camp, most of the storytelling is visual and quests don’t directly send you to them. For example, one of the camps in the zone was a town afflicted by a curse that turned villagers into piles of salt. Another was a crypt, haunted by a spirit that possesses the bodies of various undead—jumping from skeleton to skeleton until you defeat him.

Diablo 4 will feature shared world multiplayer elements, too, without veering on MMO territory. Here's what you can expect on this front.

Dungeons and key story moments are always private—just the player and their party. Once story moments are complete and towns turned into social hubs, you’d run into a few people in town. While on the road, you’d sometimes run into a player here and there. And then finally, if you went to a location where a world event was happening, you would see a larger congregation of players trying to defend against an attack by a cannibal horde or trying to take down Ashava, the demonic world boss we showed at BlizzCon. 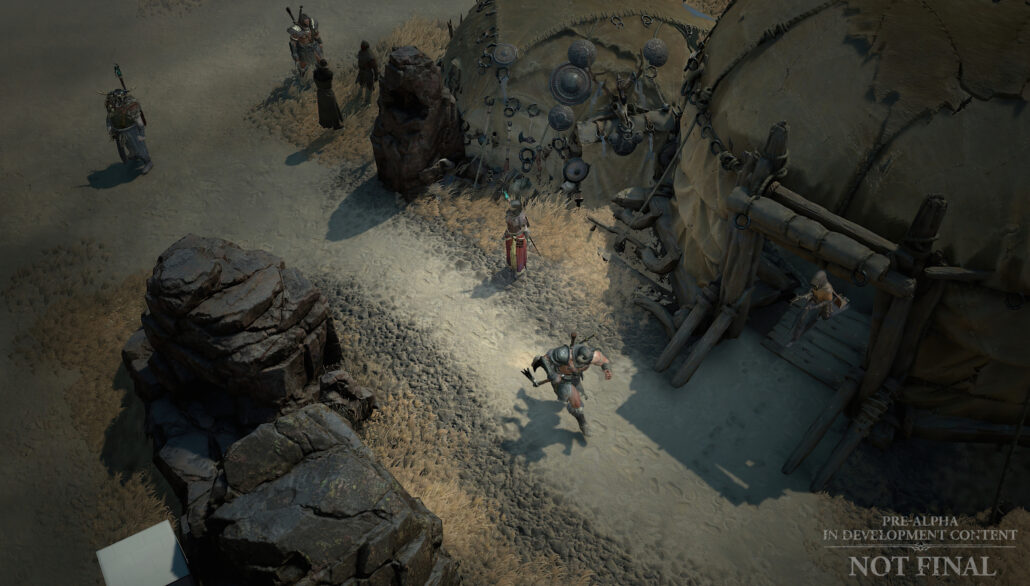 It’s worth calling out that while some coordination is helpful during these events, you are never forced to join a party. Solo players can walk in, help complete the event, and claim a reward. We think this seamless approach to multiplayer is working well and look forward to sharing more about this approach with you. In our tests so far, the world feels alive and dynamic without compromising the feel of Diablo. And for players that do want to party up against the minions of Hell, we have new tools available to find a group, whether by activity or proximity in the game world.

Last but not least, the developers provided a sneak peek at Diablo 4 itemization, which is something that's always near and dear to all franchise fans. Take a look below at some of the items that dropped during the latest playtest. 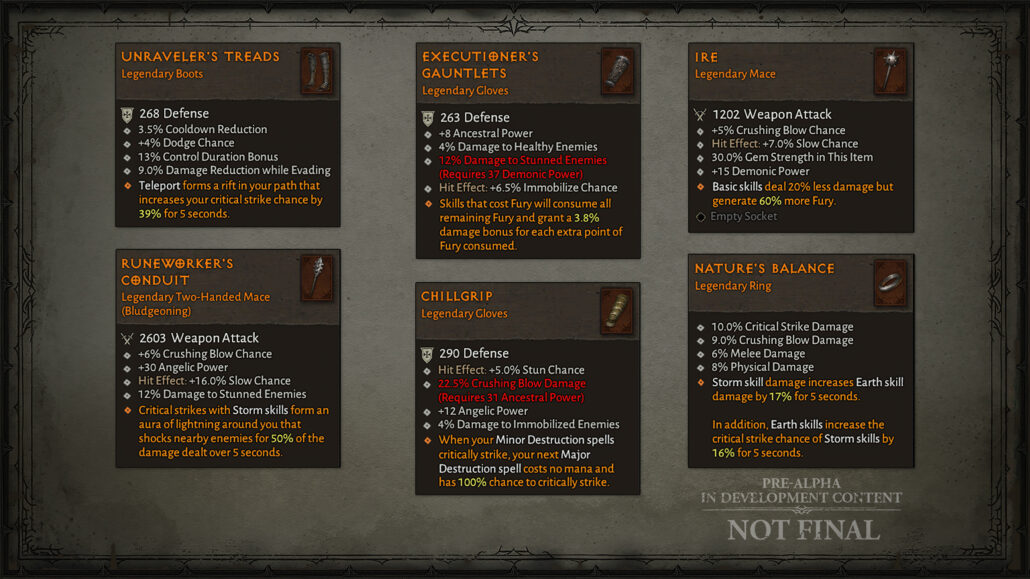 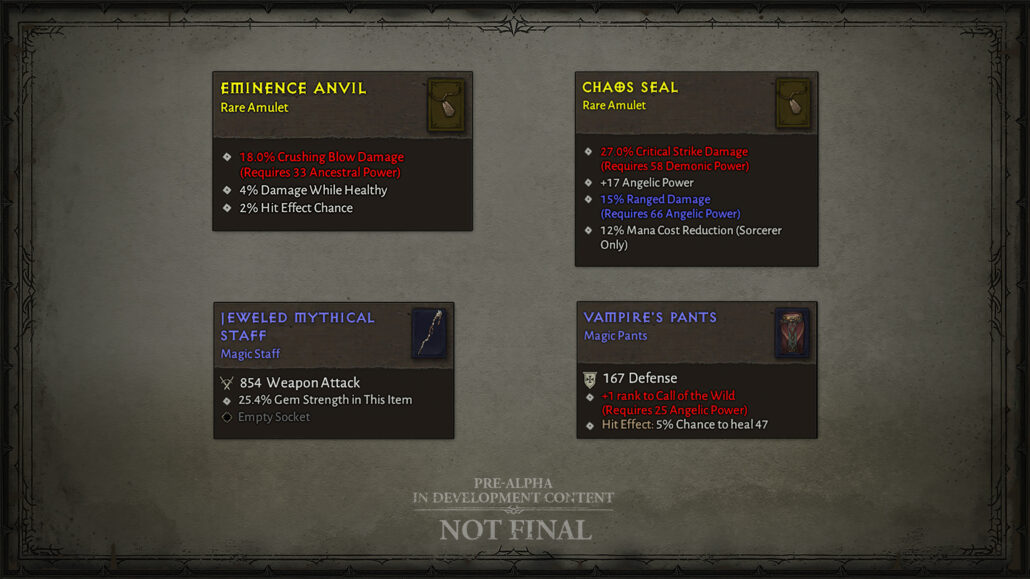