Developer Dual Boots iOS 13.3 and Linux on iPhone 8 But There’s a Catch 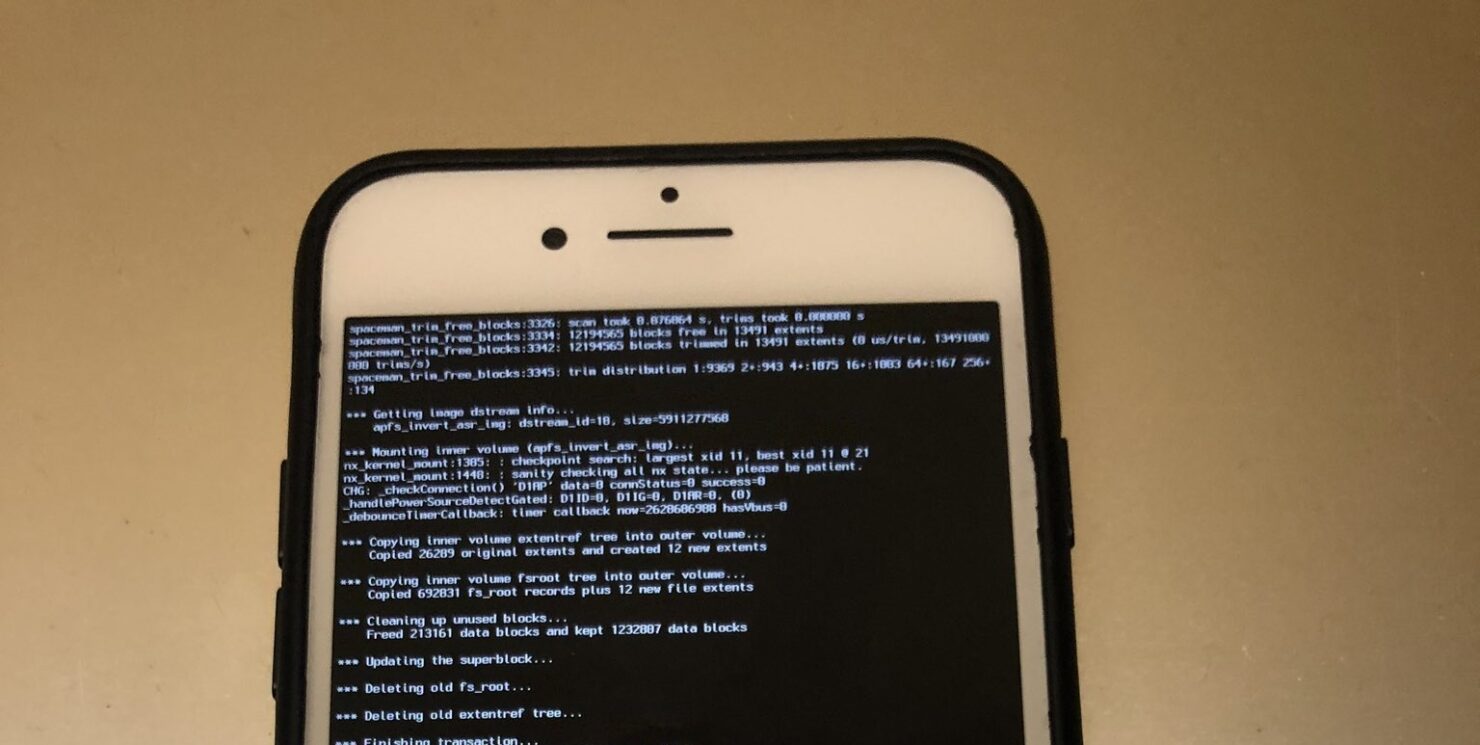 Developers have the tendency and urge to test the boundaries of code. According to the latest, a developer has managed to dual boot Linus and iOS 13.3 on his iPhone 8. Previously, we have seen how a jailbroken iPhone was able to run Android 10. We haven't previously seen the likelihood of a dual boot on an iOS device, so it is a very interesting approach. Scroll down for more details on the matter.

Developer Dual Boots Linux and iOS 13.3 on a Jailbroken iPhone 8 - You Can Do It Too

As mentioned earlier, this is the first time that we are seeing a potential dual boot for 64-bit iPhone modes. Take note that such solutions have existed for 32-bit iPhone models like the iPhone 5 and the fourth-generation iPad or older devices. To be more precise, the developer managed to boot iOS 13.3 and Linux kernel on the iPhone 8. The interesting part is that both platforms use the same data volume. What this means is that you will be able to access all of your data from either of the software builds.

In the future, if there are certain developments made to the build, we can see proper dual boot support for Linux distros such as Ubuntu Touch. Similarly, Android can be made part of the mix as well. However, the catch here is that the iPhone has to be jailbroken in order to achieve the dual boot result. If your iOS device is not jailbroken, you cannot perform the dual boot operations.

If you're tech-savvy and want to test it out for yourself, the developer has posted the details and instructions. Take note that the procedure is quite complicated as it requires the creation of a custom ramdisk, file system partition modifications, restoring and partitioning the roots, and more. Moreover, the most important part is that you will have to jailbreak your iPhone to complete the entire process. Henceforth, we will not recommend you to try it out on your daily driver. Do go through the document and details before you proceed.

Share your thoughts on the dual boot on 64-bit iPhone.