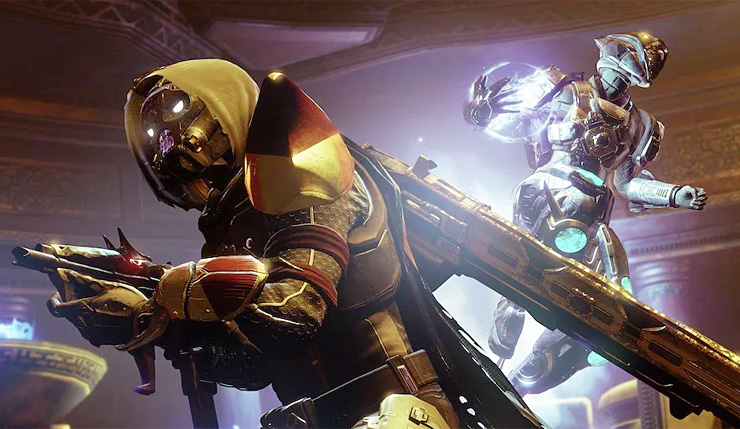 Destiny 2 is taking a seasonal approach to its second year of content – Bungie released Black Armory back in December and Season of the Drifter in March, and now they’re preparing to release Season of Opulence. As the title implies Season of Opulence will offer up some spiffy new and returning gear and exotics, but it will also offer the new Crown of Sorrows raid and a 6-player matchmade activity called the Menagarie. Check out a brief Season of Opulence trailer, below.

Here’s the full rundown of everything included in the Season of Opulence:

This Season, Emperor Calus beckons Guardians to prove their worth by pitting them against foes in his Menagerie. He'll send Annual Pass owners on treasure hunts throughout the system to unlock the power of the Chalice of Opulence—upgrades that allow you to choose the type of gear you earn.

Assembling your Chalice of Opulence is just the first step. Calus has crafted a maze of challenges in his lost vaults. Test your strength in the all-new six-player matchmade activity, the Menagerie, and meet his challenges head on to unlock your rewards.

Seek out the most valuable treasures in the underbelly of the Leviathan. Jump into the new Crown of Sorrow raid and join the chase for World’s First on day one!

Annual Pass content in Season of Opulence provides a new path to earn some of the best gear in the game. Use the Chalice of Opulence to choose which type of gear you earn from the Menagerie. Unravel the mystery and unlock its power to build a loadout that matches your playstyle.

Every player of Destiny 2 will find their rank reset in the Crucible, Gambit, and Vanguard missions. At higher ranks, Guardians will find rewards that double as both weapons and trophies. Earn the right to carry evidence of your prowess into battle.

Another solid collection of stuff! Season of Opulence is part of the Destiny 2: Forsaken Annual Pass, which costs $35. Bungie has released a calendar for the Opulence content, which you can peruse below (click on the image for higher resolution). 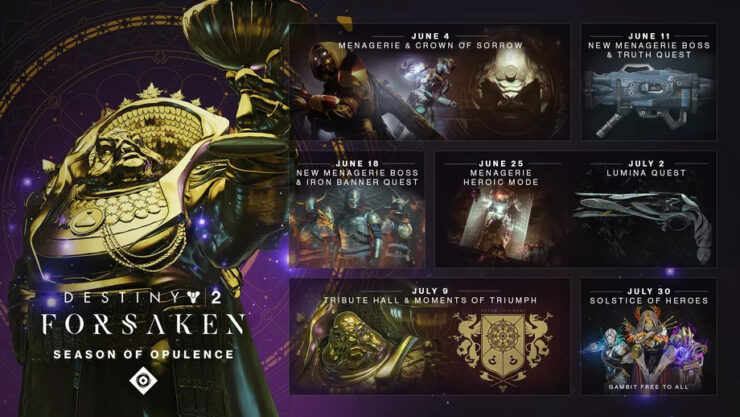 Destiny 2 is available on PC, Xbox One, and PS4. Season of the Drifter kicks off on June 4.