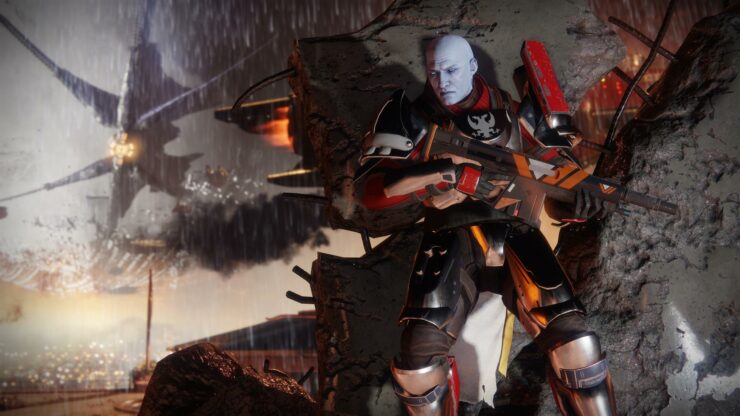 Just before the BlizzCon 2018 Opening Ceremony properly begins, Destiny 2 Game Director Stevie Cotton appeared on the official live stream to announce that the game will be free to keep on Battle.net if you grab it before November 18th. You'll also get an exclusive emblem, apparently.

We know Destiny players that want to play on PC expect an amazing experience, whether it’s on their own or with their friends -- so, our paramount concern was to keep the discerning requirements of the PC community in mind, and welcoming the Battle.net and Bungie PC communities together. With this gift we look forward to seeing new Guardians in our universe.

Destiny 2 launched its first major expansion, Forsaken, which was praised by fans and press alike for improving the base game in several regards. In our review, Jorge summarized his experience as follows:

Forsaken makes some smart changes to the Destiny 2 formula along with telling a thoughtful, yet darker story of vengeance. It's a comeback for Bungie.. Killing off Cayde-6 kicked off Season Two in a big way with more content every couple of months for the rest of this year heading into the summer of 2019. Destiny 2: Forsaken feels like Bungie has found a way to please both the casual and hardcore player, at least for now. Still, as much as I really loved my time with Destiny 2: Forsaken, I can see some new players being slightly intimidated by the content and not being as emotionally invested in some of the more emotional story beats.

According to a recent report shared by SuperData, the game managed to top digital charts on consoles despite strong competition from games like FIFA 19, Marvel's Spider-Man and the ubiquitous Fortnite.

Stay tuned for more BlizzCon 2018 news and updates straight from the show floor in Anaheim, California.