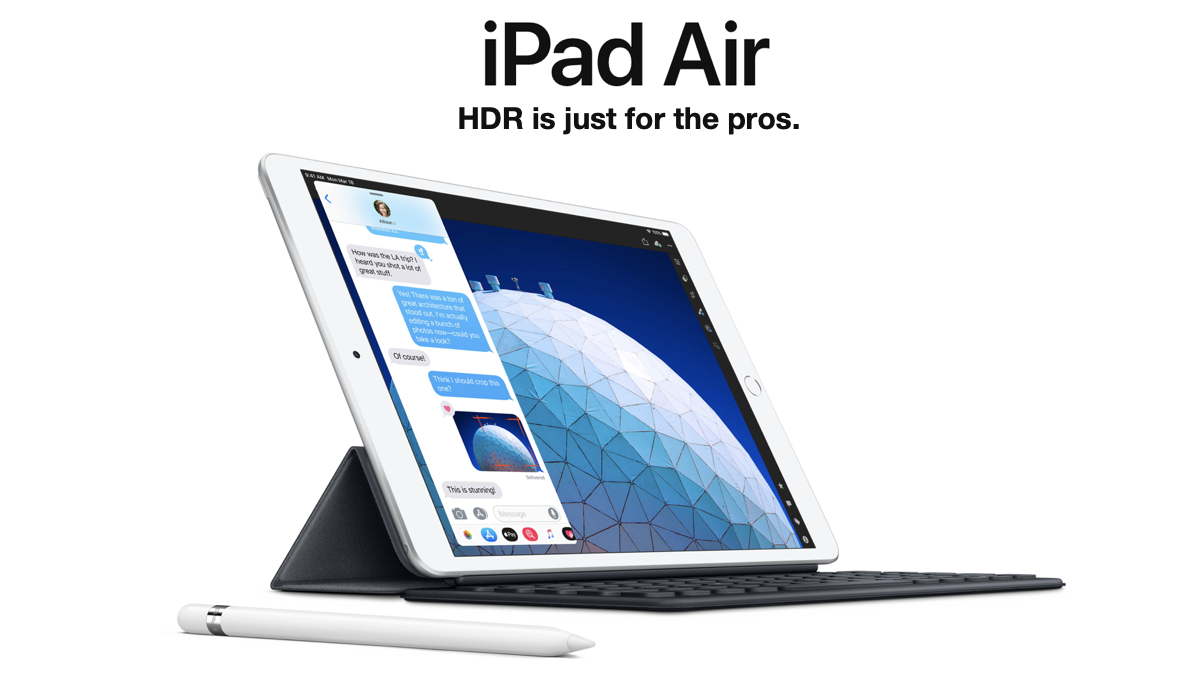 Apple has made quite a few sacrifices in order to bring the new iPad Air and iPad mini to the realm of reality.

There's no doubt in the fact that the new iPad Air and iPad mini represent the best of Apple when it comes to tablets. It's safe to say that nothing comes close to it in terms of performance, thanks to that A12 Bionic chip topped off with a low price point.

However, in order to sell these tablets cheap, it's obvious that Apple had to cut a few corners. For example, there's no ProMotion display in the iPad Air despite looking like a repackaged iPad Pro 10.5. Also, you don't get stereo speakers like the iPad Pro. You also get a pair of cameras from the iPad 6, which are potato at best.

It has now come to our attention that the new iPad Air and iPad mini, despite having displays that conform to the P3 color gamut, can't display HDR content. This means that your Netflix or iTunes video content will stick to standard definition in the color range. For viewing HDR, you either have to get yourself an iPad Pro 10.5 or one of the newer iPad Pro tablets, which cost an arm and a leg compared to the new iPad Air and iPad mini.

Apart from the omission of HDR support, you'll be interested to learn that the new iPad Air can output only 500 nits of brightness compared to 600 on the previous-generation iPad Pro 10.5. If you're going to use these tablets in an average lit up room then you might not even see the difference. However, things will definitely start to creep into the experience once you step outside into direct sunlight.