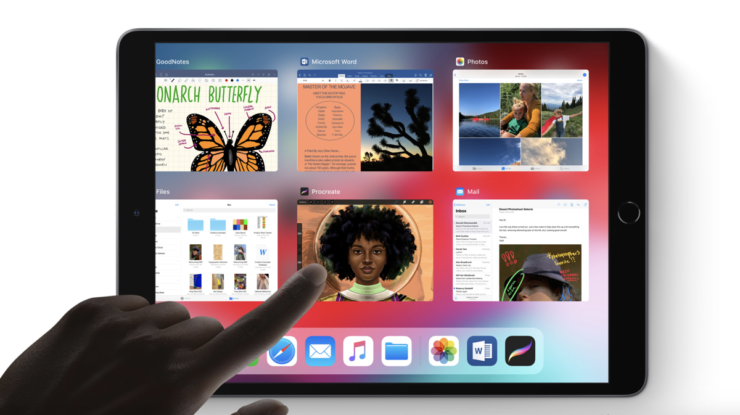 Both iPad Air 3 and iPad mini 5 feature eSIM support, allowing cellular users to stay connected wherever they are.

Apple's transition to eSIM is a very interesting one. It allows iPhone or iPad users to register themselves to a cellular network by simply scanning a QR code. This was a feature that was exclusive to the iPhone XS, iPhone XS Max, iPhone XR and the new iPad Pro tablets. Now though, Apple is bringing the party to a new set of devices, namely the iPad Air and iPad mini.

Obviously, this feature is only available to you if you opt for the cellular / LTE version of the new iPads. What's more important to note here is that your service provider must support eSIM so that you can take advantage of it. If you live in a country that does not support eSIM then you have to take the regular nano SIM card route, which is how normal people go about their business.

Also keep in mind that since you have the option of choosing between nano SIM and eSIM, this does not mean in any way that these tablets support dual SIM functionality. You can use only one at a time. But the advantage comes into play when you are visiting a country where your SIM card does not work but an eSIM does. Simply register to the carrier using eSIM and your nano SIM card will be disabled as long as you don't need it.

Last but not the least, it would've been nice if Apple gave the iPad 6 an update in order to support eSIM. But it appears as though keeping the price down was a huge target for Apple to hit therefore we are left with a slightly compromising product.

But hey, the Apple SIM works just as well if you don't mind the good old fashioned SIM card inside your tablet.

You might want to check out our comparison of the iPad mini and iPad Air as well: