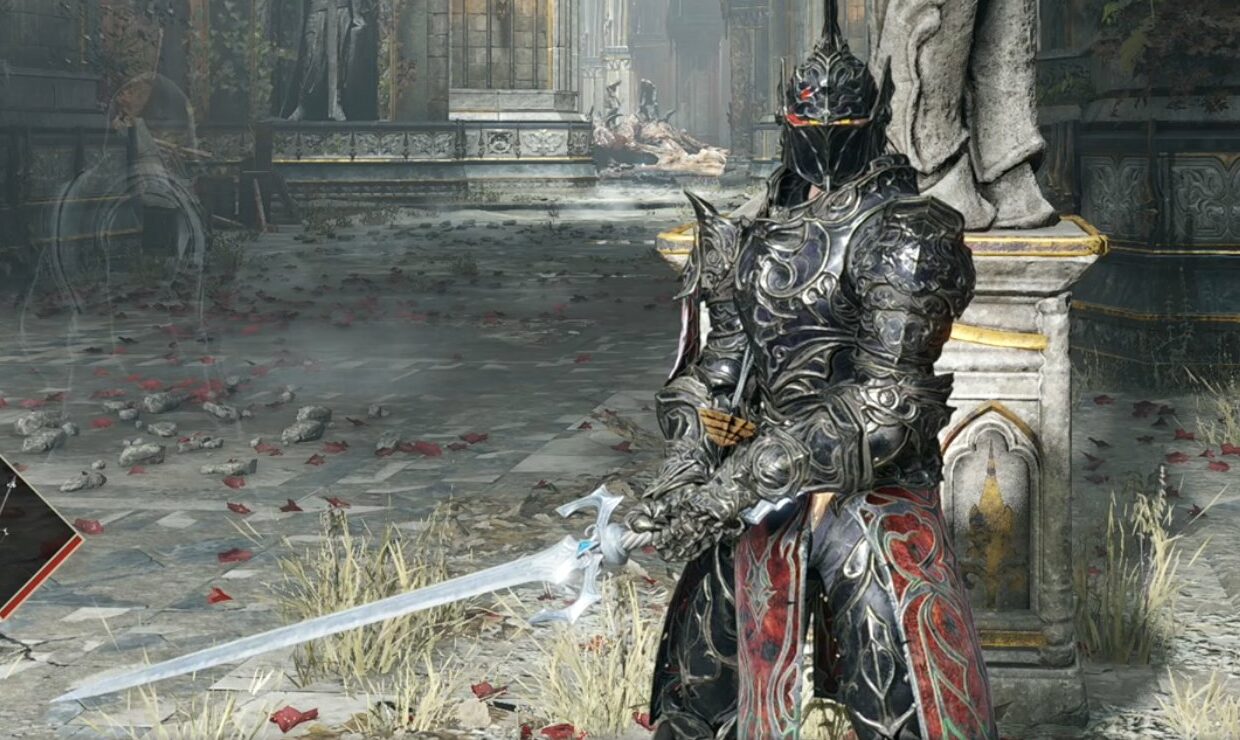 The mysterious Demon’s Souls secret door on PS5 has now been opened, unlocking the secret behind it.

Early on, PS5 players discovered a mysterious door in Boletarian Palace in Bluepoint’s Demon’s Souls Remake that wasn’t present in the original game. The developer isn’t uncommon with hiding secrets in its remakes, and as expected, players began their quest to be the first to unlock the door. YouTuber ‘Distortion2’ managed to be the first to unfold the secret. You’ll find his video down below.

The secret door to unlocking the door? Collect 26 of the newly-added Ceramic Coins in fractured mode and trade them to the crow. After trading in their hard-earned coins, players will be given a ‘Rusted Key’, which provides access to the secret veranda that Bluepoint Games teased earlier this week.

A veranda you say? Yes, well this veranda carries the body with the full Penetrator armor set. We’ve included two more screenshots of Distortion wearing this incredible-looking armor down below.

We solved the mystery of the hidden door! Thanks for making such a great secret to get all the community involved @bluepointgames Was awesome looking for the coins in SOTC Remake and again in Demon's Souls Remake 😀 pic.twitter.com/gNpozqEztJ

From PlayStation Studios and Bluepoint Games comes a remake of the PlayStation classic, Demon’s Souls. Entirely rebuilt from the ground up and masterfully enhanced, this remake introduces the horrors of a fog-laden, dark fantasy land to a whole new generation of gamers. Those who’ve faced its trials and tribulations before, can once again challenge the darkness in stunning visual quality with incredible performance.

In his quest for power, the 12th King of Boletaria, King Allant channeled the ancient Soul Arts, awakening a demon from the dawn of time itself, The Old One. With the summoning of The Old One, a colorless fog swept across the land, unleashing nightmarish creatures that hungered for human souls. Those whose souls were stripped from them, lost their minds – left only with the desire to attack the sane that remained.

Now, Boletaria is cut off from the outside world, and the knights who dare penetrate the deep fog to free the land from its plight, are never seen again. As a lone warrior who has braved the baneful fog, you must face the hardest of challenges to earn the title “Slayer of Demons” and send The Old One back to its slumber.