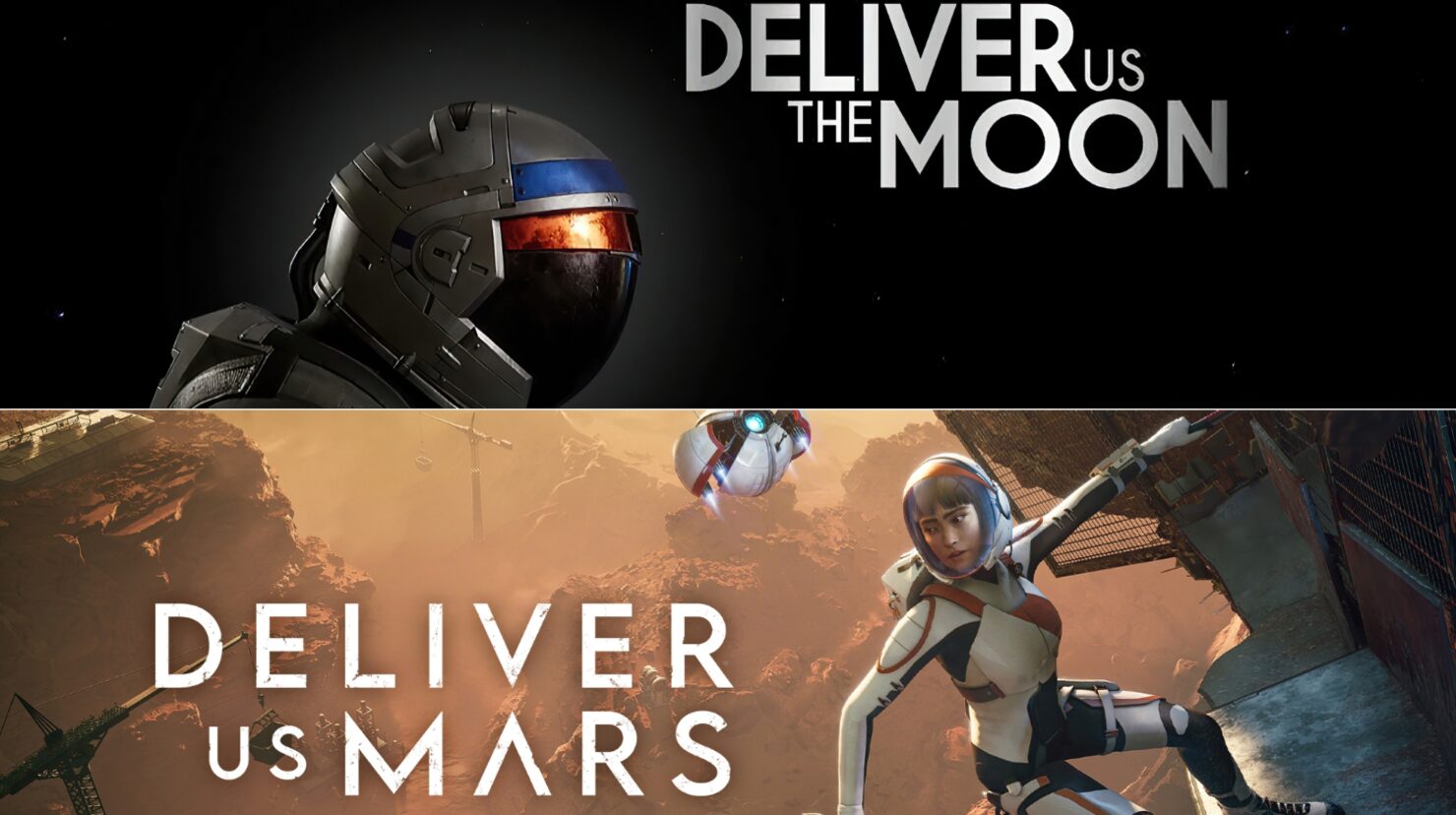 These are busy times at KeokeN Interactive while the Dutch game developer is putting the final touches on the next-generation version of its debut title, the adventure puzzle game Deliver Us The Moon, scheduled to hit PlayStation 5 and Xbox Series S|X on June 23rd after a one-month delay from the previous date.

That's far from all, as the game development studio is also working on the sequel Deliver Us Mars, announced earlier this year to be launching 'soon'. Given these two upcoming releases, we thought it was the perfect time to catch up again with KeokeN Interactive Founder and Game Director Koen Deetman.

Are you including all of the ray traced effects seen in the PC version of Deliver Us The Moon for the next-gen console release? Also, will the Xbox Series S version support ray tracing?

We have included shadows & reflections into our raytracing support for next-gen consoles including the Xbox Series S.

In our earlier interview from a couple of years ago, you estimated the ray tracing performance of
next-gen consoles to be around the RTX 2070 Super GPU. Did that prove to be accurate?

We’ve been pretty much focused on the development of Deliver Us Mars, so honestly we haven’t really had the chance to test this out specifically on a 2070. We feel it’s relatively accurate, although the consoles do need more finetuning than a generic GPU.

Will there be different graphics modes, such as Quality and Performance?

Are you using native resolution or upscaling techniques such as AMD FSR on PlayStation 5/Xbox
Series S|X?

We have used Unreal Engine 4’s new TAA with temporal upscaling for both the PlayStation 5 & Xbox Series S|X.

Did you use any DX12 Ultimate features on Xbox Series S|X, such as VRS, Sampler Feedback Streaming, or Mesh Shading?

We have not used any DX12 Ultimate features for this version of Deliver Us The Moon.

How did you improve immersion in Deliver Us The Moon through the DualSense's adaptive triggers and controller speaker?

There are several mechanics that make use of the adaptive triggers, such as scanning objects or cutting through panels throughout the game.

Will these features be available on PC, too, when using the controller?

No, this release of Deliver Us The Moon is specifically built for the PlayStation 5 and Xbox Series S|X.

You recently announced Deliver Us Mars. For this project you are partnering with Frontier Foundry,
can you tell us why? Are you equipped with a larger budget?

When we originally launched Deliver Us The Moon in 2018, we did so independently. In hindsight, bringing our ambitious vision to fruition is something that initially proved harder to do, but we were delighted to work with Wired Productions to provide players with the game we originally set out to create. We’ve taken everything we’ve learned and built upon it in Deliver Us Mars, taking that ambition to new heights through a range of new gameplay mechanics, a rich story, and bold new audiovisual features that all work together to create a truly immersive experience. Frontier Foundry offered us the opportunity to help realize those ambitions and have an impressive amount of experience as developers themselves. We can’t wait for players to experience the journey we have created together.

What are the main innovations and additions in this sequel?

Something we’re very excited to introduce in Deliver Us Mars is the addition of a climbing mechanic. We wanted to give players a mechanism to feel the sense of vertigo created by our stunning landscapes, adding more tension to the protagonist’s perilous journey. We’ve also invested in our storytelling by working with an immensely talented cast in fully motion-captured performance, who have considerable experience working across television, film, and gaming. Bringing players along on this We’ll have more to reveal about new and returning gameplay elements in Deliver Us Mars soon.

Will Deliver Us Mars be a longer, deeper experience?

Since the launch of Deliver Us The Moon, players have been eagerly awaiting the next step in our story. Deliver Us Mars takes our journey to bold new heights, with new gameplay mechanics, exciting technical advancements, and a story that will take players to the surface of the Red Planet and beyond, surpassing Deliver Us The Moon both in terms of length and ambition!

You've briefly mentioned 'enriched gameplay'. Can you explain how it'll be improved?

In Deliver Us The Moon, we introduced a number of mechanics in puzzles that players only saw once or twice. We’ve taken a different approach in Deliver Us Mars, weaving each puzzle element into the environmental storytelling of the game. What this means is that players will feel more connected to the story through a hint of familiarity in each puzzle, whilst still being challenged to think outside the box.

Will there be support for the first-person view? What about VR support?

Where Deliver Us The Moon was an experience lending perspective from both First and Third person. Deliver Us Mars will focus more on a third person adventure game. We don’t have any news to share regarding VR support.

Are you using Unreal Engine 5? If not, why?

We were already a considerable way into the development of Deliver Us Mars when Unreal Engine 5 was officially released, so whilst we are naturally very excited by the technical capabilities of Unreal Engine 5, our focus has been on extracting as much performance as possible out of Unreal Engine 4.

Did you look into utilizing the brand new DirectStorage API on PC?

We’re naturally very excited by brand new technical developments, however right now our focus is on completing the development of Deliver Us Mars.

Deliver Us Mars is said to be launching soon. Are you targeting a 2022 release?

We’re very excited for players to be able to experience the handcrafted story which we have created. We’ll have more news to share regarding the launch date for Deliver Us Mars soon.