Earlier this year, Blizzard let some professional StarCraft 2 players slug it out against Alphabet Inc's DeepMind's AI software AlphaStar—that was specifically designed for StarCraft 2. The results were hardly surprising, and the AI pretty much dominated most of the matches. Shortly after, some players got the option to play against the AlphaStar in ranked matchmaking. Blizzard had made it so that players wouldn't know if they had been paired up against AI, and the test ran for several months. Today, Alphabet Inc. announced that AlphaStar is now grandmaster level in the real-time strategy game, capable of besting 99.8 percent of all human players in the competition.

AlphaStar's performance is impeccable despite the restrictions placed on it 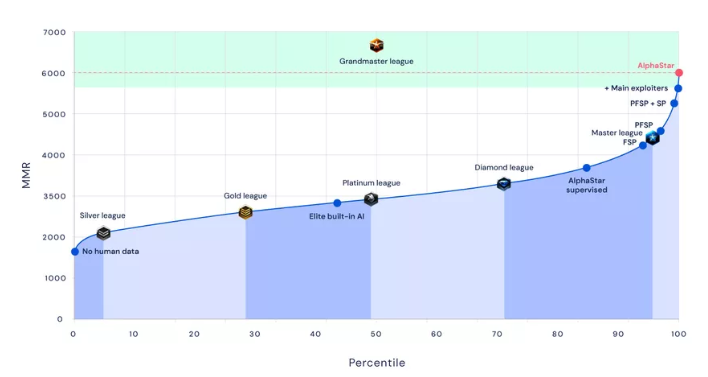 Considering that StarCraft 2 requires players to perform a lot of actions simultaneously, any computer-based system has an unnatural advantage over humans as it is capable of multitasking at a level not humanly possible. DeepMind says it evened the playing field by restricting the number of mouse clicks it could register to align it with standard human movement. It also forced AlphaStar to use all three of the game’s playable races, making it much harder for the AI to train. It also limited AlphaStar to only viewing the portion of the map a human would see and

Despite the restrictions, AlphaStar managed to claw its way up to the grandmaster level, the highest possible rank in online competitive ranking in StarCraft 2. But, what is the point of this all, you might ask. Games such as StarCraft 2 challenge AI software to train under an environment that is brutally difficult for any machine. The results can then be interpreted and used for real-world applications such as medicine, self-driving cars, and the likes.

Deepmind joins the ranks of OpenAI

Two years ago, Elon Musk's OpenAI made its debut at The International 7 DOTA2 championship. OpenAI was pitted against some of the world's best DOTA2 players on a 1v1 championship—a test of individual skill and mechanical prowess—and it managed to defeat every one of them. Some players managed to defeat OpenAI using creative strategies, but it was largely undefeated. Next year at the International 8, OpenAI played its first-ever 5v5 DOTA2 match (with certain restrictions in place) and managed to beat a team of semi-professional players. Its win streak ended against a team of professional players, who finally managed to beat it.

Starcraft II: Patch 3.0 Now Out, Paves the Way for Legacy of the Void

Psionic Warfare: Total Destruction – A Mod That Turns Starcraft 2 Into A Shooter