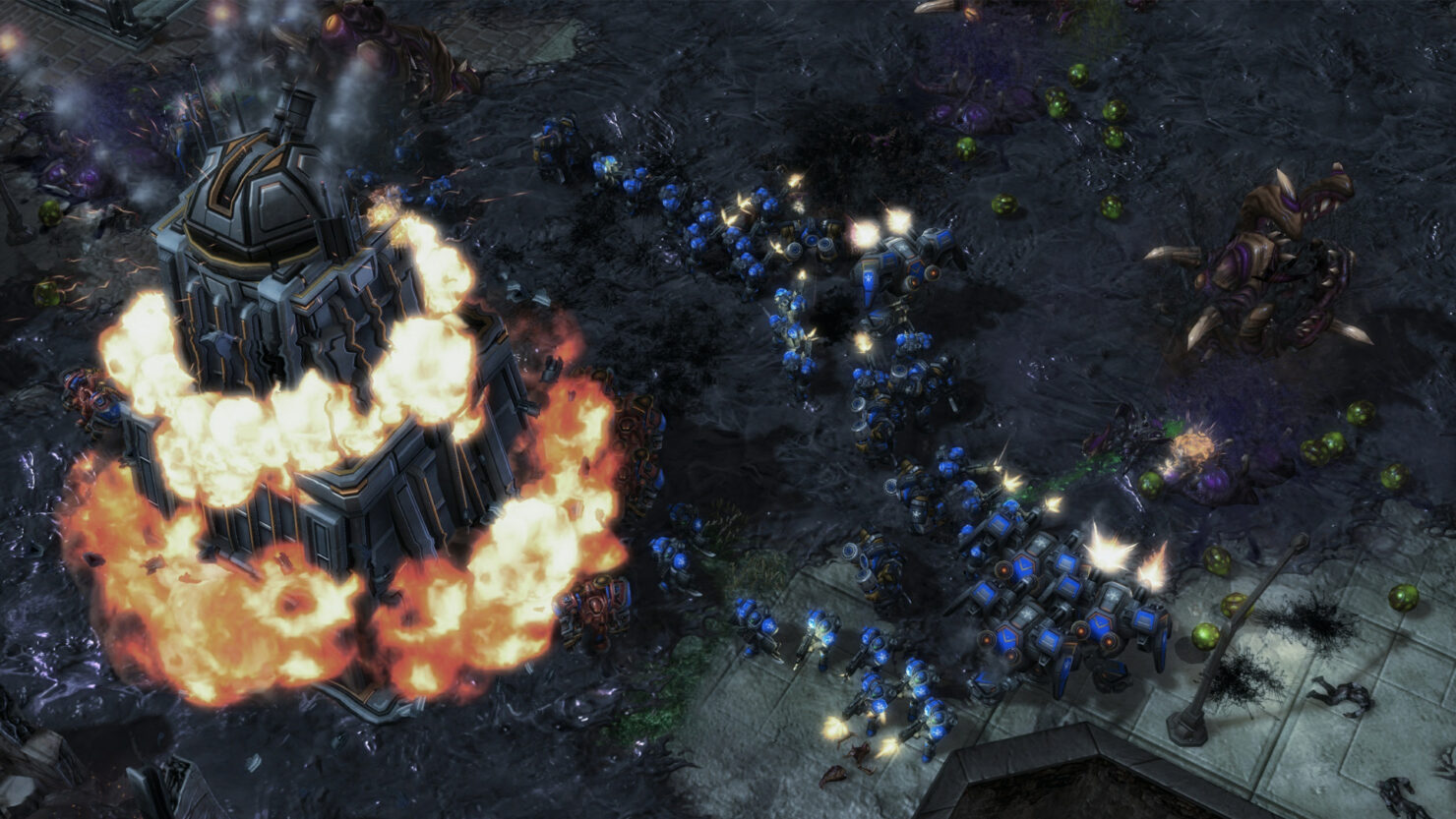 Announced mere moments ago, Blizzard has confirmed that they will cease active development on new content for StarCraft II, leaving some wondering what will happen to the decade-old RTS title. With ESL Gaming switching to an online-only Masters Series in 2020, the announcement comes suddenly less than a month after Italian team QLASH swept the DreamHack SC2 Masters Fall.

Blizzard won't simply be leaving StarCraft II fans without any SCV's or support orders. While new Commanders and War Chests will no longer be on the roadmap, the live team will continue to support the life of StarCraft II with "necessary balance fixes moving forward". Rob Bridenbecker, head of Classic Games at Blizzard Entertainment, laid it all out in a lengthy news post on Blizzard's homepage.

To the StarCraft community,

StarCraft is one of a kind, and we’re committed to making sure that those of you who love this universe like we do have a home here for many years to come. With that in mind, we want to let you know about a development change we’re making for StarCraft II as we continue supporting it for the long-term.

As many of you know, Blizzard continues updating its games long after the initial release—some of you will remember that we were actively patching the original StarCraft more than 10 years after it first hit store shelves. This year we celebrated 10 years of StarCraft II with one of our largest-ever patches, with massive updates to the editor, Prestige Talents for Co-op Commanders, and gameplay improvements delivered to players worldwide.

We’re going to continue supporting StarCraft II in the same manner as we have with our previous longstanding games, such as Brood War, focusing primarily on what our core and competitive communities care about most. What this means is that we’re not going to be producing additional for-purchase content, such as Commanders and War Chests, but we will continue doing season rolls and necessary balance fixes moving forward. On that last note, we’re not planning a Q4 balance update given that we did one a few months ago, but as always, we do plan to continue doing them as needed in the future. StarCraft II esports, which is part of the highest echelon of professional competitive gaming, will also continue going strong as it has been through our partners ESL Gaming and GSL.

We know some of our players have been looking forward to some of the things we’re moving away from, but the good news is this change will free us up to think about what’s next, not just with regard to StarCraft II, but for the StarCraft universe as a whole.

StarCraft is core to Blizzard, and we’ve learned that it’s a game that can change the lives of people who devote themselves to it, whether as a player, content creator, streamer, or member of the community (or developer). The outcome of each match is in your hands 100%. To become better, you have to look inward, be honest about any flaws, and dedicate yourself to improving. StarCraft teaches us that that process of improvement can be a reward in itself, and it’s certainly taught us a lot at Blizzard over the years.

You are one of the most passionate, creative, and dedicated communities in all of gaming. We’re eternally grateful for your ongoing support, and we’ll keep you updated on any and all plans we have for future voyages into the Koprulu Sector.

Starcraft 2: Wings of Liberty first launched on PC over a decade ago on July 27th, 2010, followed by a pair of expansions that focused on the other two factions. Three years ago, Blizzard released the entire Wings of Liberty campaign free-to-play on their Battle.net launcher.