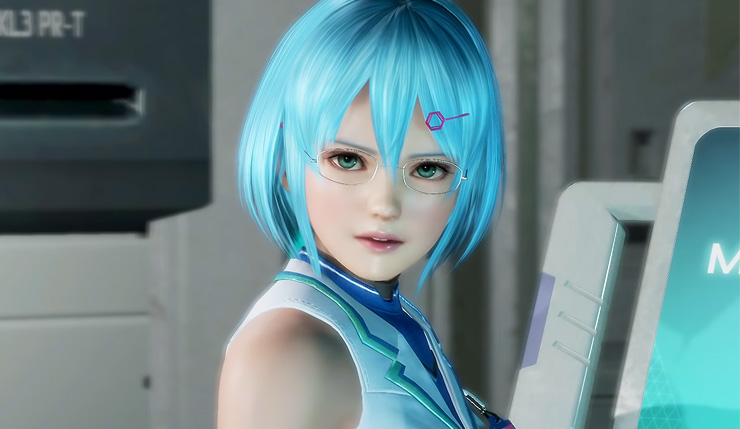 Concerned Dead or Alive 6 may be slightly lacking in female fighters? Well, don’t worry – Team Ninja has evened out the male and female sides of the roster, with the addition of fan-favorites Kokoro, Lisa Hamilton (aka La Mariposa), and the newcomer Nico. You can check out all three fighters in action in the following XX-chromosome-heavy trailer.

Well, Nico is certainly a very anime addition, isn't she? Here’s the full rundown on the new lightning-wielding fighter.

Nico, known as “The Lightning Technomancer” is a practitioner of Pencak Silat, a historic martial art of Southeast Asia. The frenetic fighter employs powerful plasma discharges in her attacks, boosting her Pencak Silat strikes to another level, while at the same time using her EMF Rings to move at ultrahigh rates of speed. But that’s not all; as Nico is also a genius scientist entrusted with Donovan’s secret M.I.S.T. development project. Despite her youthful appearance, she provides a genuine threat to the ninjas with her sharp, analytical mind and her natural sense for martial arts.

Meanwhile, here’s a refresher on Kokoro and Lisa…

Kokoro is Helena’s half-sister and a master of Ba Ji Quan, Kokoro uses a combination of elbow and palm thrusts to compliment an array of throws aimed at destroying her opponent’s balance. Graceful, yet powerful, Kokoro’s fighting style incorporates the hard and soft elements that represent the spirit she refines through her maiko training.

La Mariposa, a luchadora who excels at aerial attacks and is known as “The Immortal Butterfly”. Under the mask, the professional wrestler is really Lisa Hamilton – a former DOATEC researcher who at one time conducted experiments on the ninja Hayate. And although it was rumored that she had retired after the 5th Tournament, La Mariposa is back, deadlier than ever.

Need to know more about Dead or Alive 6? Wccftech has you covered – we got a chance to ask about the game’s mechanics at E3, new engine and DLC at Gamescom, and rebalancing and guest characters during a Koei Tecmo media event last month.