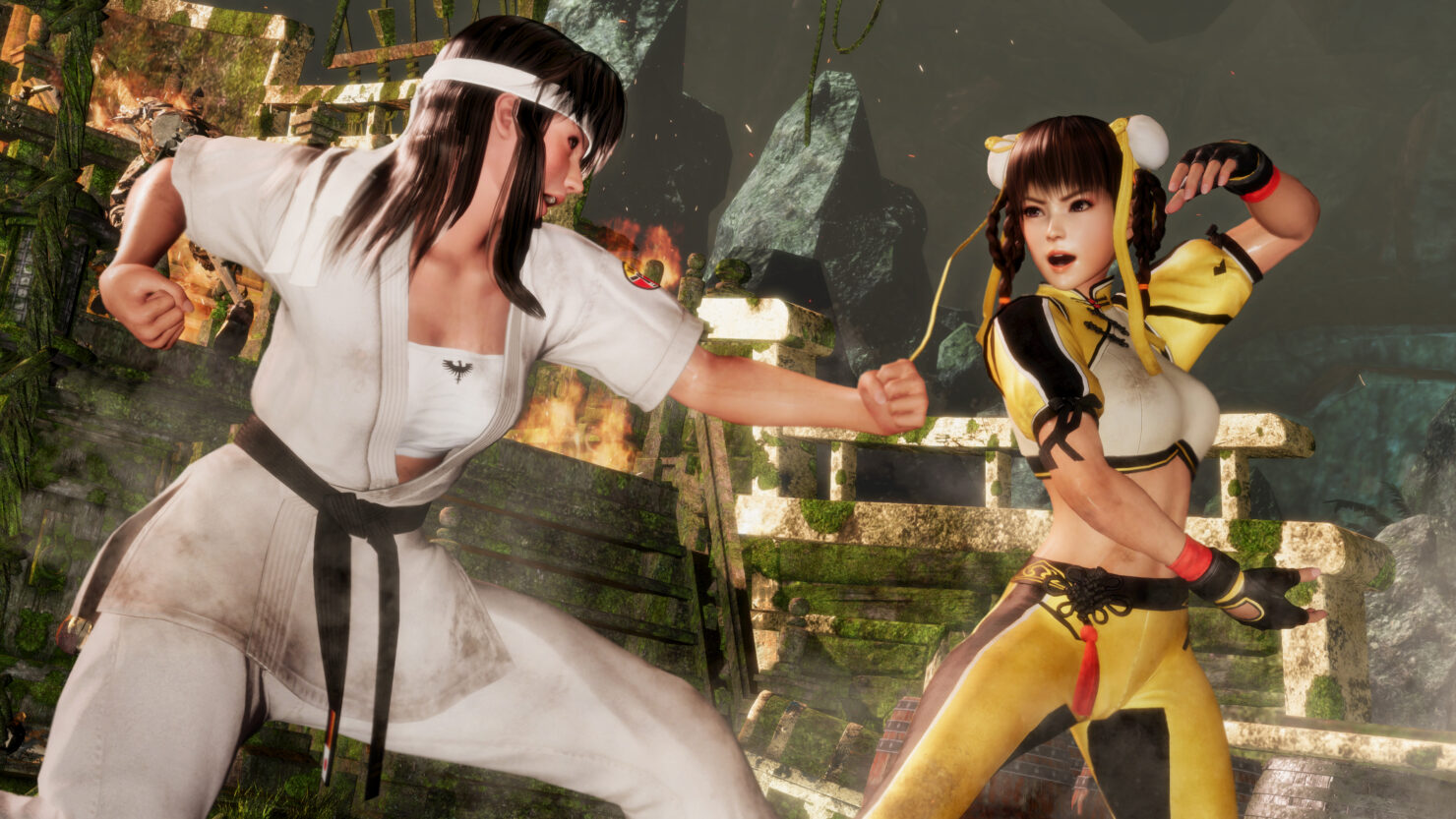 My hands-on session with Dead or Alive 6, which can be read here, was slightly unconventional. In addition to playing the game against Yohei Shimibori, the game's producer and director, I also interviewed him at the same time. I want to say that my performance was mitigated by the fact that I had to concentrate on thinking of questions to ask while facing the maker of the game.

Fortunately for me, I'm a master of any game I pick up. I won two games to one. Obviously, had I not been asking questions, I would have had a clean sweep. That or Yohei let me win, that's quite possible. Either way, myself, Yohei and his translator seemed to have fun, with a fair amount of laughter in between the questions.

With that preamble aside, let's look at what was said. 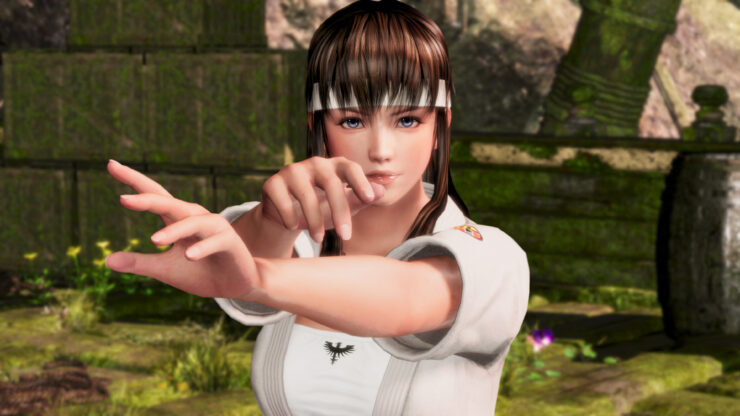 Chris: The improvement in graphical fidelity is immediately noticeable, has this been a focus for the team this time out? What decisions have been made in the visual style of the game too?

Yohei: Yes, definitely. One of the major aims was to tone down the features of the women which caused some trouble in the past. Our aim is to show this as a real fighting game. To do this, we are using a new engine for the game. This has helped the push on the visuals, the engine letting the game look more realistic.

Yohei: It is our own engine and a move away from the Soft Engine

Chris: One of my main questions is just how many of the levels will be as interactive as this? Will most levels feature elements like the Kraken or others with destructive environments? Levels in previous games have always had extra elements to them, but rarely something like this. What was the decision behind it?

Yohei: They aren't in every single state. We have some stages that are simple in design, like those you'd find in more serious fighting games. But we have a range from very simple stages to those with flashy and entertaining gimmicks like those you've seen in this stage. As for adding them in, we wanted to add to the entertainment of a fight with these extra elements.

Chris: I'm normally not very good at fighting games, so I'm impressed by how easy to pick up and play this is. Has there been a specialised push in making Dead or Alive 6 more accessible than previous titles?

Yohei: I'm surprised because I lost to you! But yes, We have made a conscious decision with the new features to make it easier for completely new or beginner players. Also, at the same time, the system is set up so more experienced players will find a game that is also very deep. 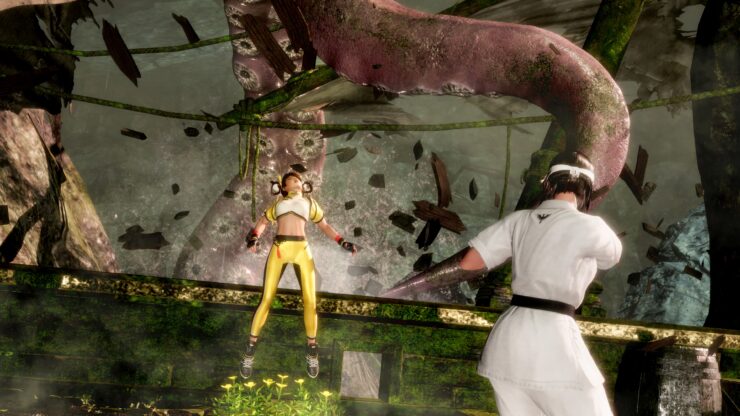 Chris: I'm just lucky. Or it's my choice of character, that must be it!

Yohei: Oh no, all the characters are equally strong.

Chris: So you've worked on balancing each character then, no issues with any super moves? Is everything balanced now or is it still something to work on?

Yohei: Yes, we've been working on that. We want to make sure that the characters are pretty well balanced on release, keep it fair for everybody.

Chris: What will the plans be for Dead or Alive 6 DLC? Will there be more characters added to the game, increasing the roster through DLC?

Yohei: First of all, in the final version of the game there will be more characters that are shown here. For DLC, we haven't actually decided what we'll do on that aspect yet. Maybe there'll be some additional characters, but we don't know for sure.

Chris: Keeping on DLC, do you also intend on having extra costumes available as microtransactions? Also, is there a chance of extra game modes to expand the game?

Yohei: In terms of any extra game modes, you're not likely to see anything extra. In terms of other DLC, we haven't decided anything yet at this point. Some standard items that you expect may come out, but we can't really say anything at this point as we're still in discussion about it. 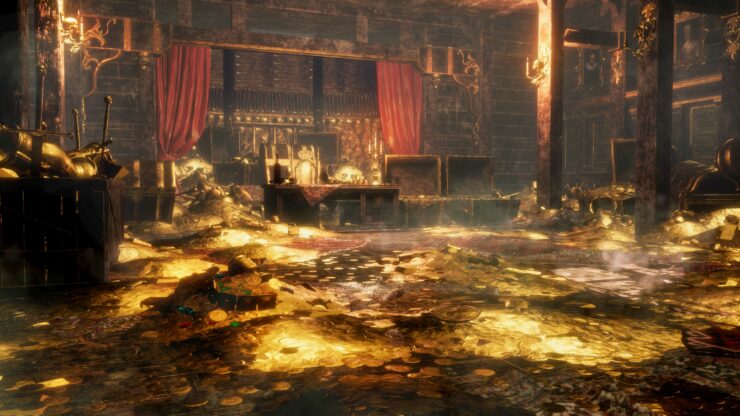 Chris: I'm curious exactly how many characters there will be in the game when it's released, has that been decided?

Yohei: Right now I can't actually say at this point, but what I can say is that there's hopefully going to be more than double the number of characters currently in the game.

Chris: So what about the story mode. Does the story follow the events of Dead or Alive 5 or will it have a standalone story?

Yohei: So yes, the story will continue from Dead or Alive 5. So obviously if you've played that, you'll understand the story quicker. We have also made sure the story is understandable for people who haven't played the previous game.

Chris: What I am curious about is the online mode. Will Dead or Alive 6 make a push for eSports, featuring more competitive modes and even tournaments?

Yohei: At the moment we are in development for what we can do online. We don't exactly know what's going to happen online yet but when we do, we'll be sure to announce it. On eSports, we know that eSports is important but we aren't focusing on it. It is an aspect we are looking at, but our major focus is to make the game entertaining. We will have settings that are geared towards eSports though. 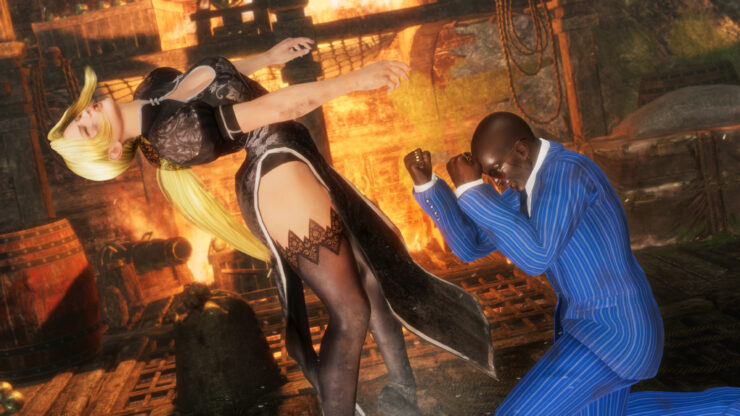 Chris Wray: I'm curious about one thing. We've been playing this on the PC. Does that mean that you'll be launching the PC version alongside the console versions this time out?

Yohei Shimbori: Yes, we're going to release them at the same time.

Chris: Excellent. Looking at the consoles, do you know what sort of improvements you'll be making for the PlayStation 4 Pro and Xbox One X, if any at all?

Yohei: So for the PlayStation 4 Pro and Xbox One X, we are working very hard to make them match the graphical quality of the PC. We are also focusing on making sure it runs smoothly. What you'll notice on these versions is an improvement in graphical quality over the normal console versions.

Chris: Do you have a release date for Dead or Alive 6?

Yohei: Right now the game is scheduled for an early 2019 release. We haven't decided on an exact release date yet, but we do hope to announce it soon.

Chris: Thank you for your time and for the fights!