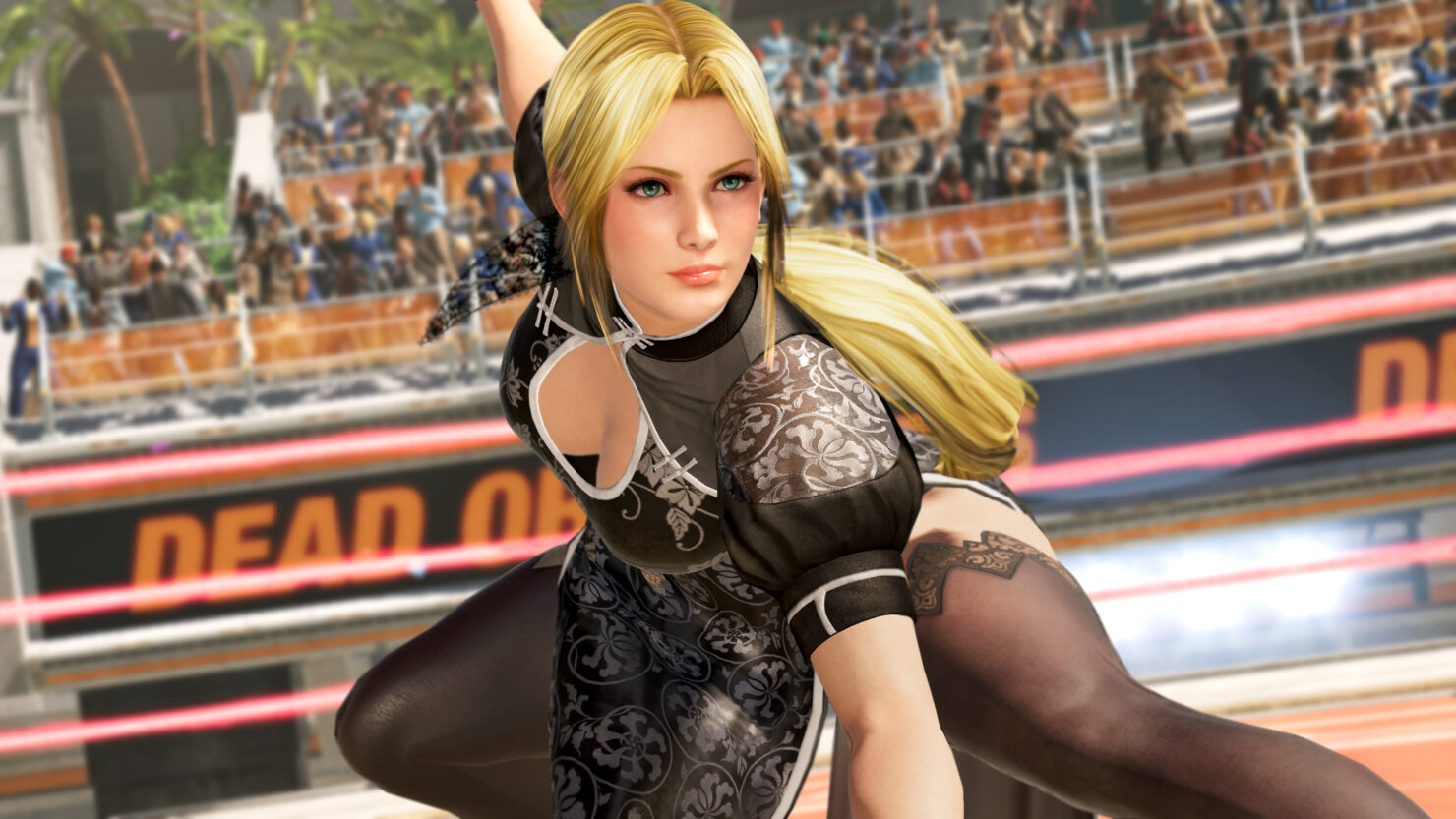 As one of my personal favorite surprises of E3 2018, Wccftech was able to get hands-on with Team Ninja’s upcoming Dead or Alive 6. The final season of Dead or Alive 5 Last Round is slowly winding to a close and fans have been asking for a new title and support for quite some time and now Koei Tecmo’s development studios are getting ready to deliver. We had the pleasure of sitting down with Yohei Shimbori, both Producer and Director on Dead or Alive 6 and even got in a few questions from the competitive Dead or Alive community. The game is due to release next year for PC, PlayStation 4 and Xbox One; below you can watch gameplay footage we captured at E3.

With the (different stages), are moving Danger Zones a thing? Does the floor change or move?

The movement of the floor is not in this version (of Dead or Alive 6). But having said that, in the future, you can fall off from a cliff or the floor might get holes or move, that might be in the future.

Can you explain the newer Evasive Attack mechanic?

I don’t know how much I’m supposed to say but I can explain it while we play.

I see that there are both 3-way and 4-way Holds. Can you explain the difference?

First of all, we have a new feature: you can press the RB (or R1) button and mash that for a Fatal Rush. It’s simple but it means a lot more than just being simple. For the Fatal Rush, you cannot go into that with a normal Hold. When you have enough meter, you can perform the Break Blow by pressing forward and (the RB) button. Also, when you perform a Fatal Rush and have enough meter, it will automatically connect to a Break Blow.

Fatal Rush is very powerful but you can also go from the Break Hold. Can you try it?

Is this the same command where it is Forward + RB?

No, it is Backwards + RB. The timing is important.

So you cannot just mash or hold the button?

You have to keep watching and keep an eye on it. This is one of the big system changes. We have also a Side Attack. During a linear attack, you can do the Side Turn and dodge it.

How do you perform the Side Attack?

It is (Up and Down) + RB. You can dodge all kinds of attacks like this. First of all, the Fatal Rush can actually defeat the Side Attack because it has homing or tracking. It is a very important push and pull kind of play.

With the new systems in Dead or Alive 6, the fights feel more dynamic. When you’re low on health, you have a way to turn the table around and press the advantage.

What do you mean health is low?

If you’re losing the fight, you can use the Break Hold or Break Blow to do a lot of damage. Does it do more damage when you are in Critical Health?

No, we do not have that yet. One of my concerns is that if the fighters are losing, they might be able to more easily win if you have that.

I see right now that there is one costume with two different colors. Will there be color customization for each costume?

We are not going to have a lot of freely changing colors. That is something that we don’t want to do.

Another thing about the costumes. (Koei Tecmo) does hold the Guinness World Record for the record number of costumes in Dead or Alive 5. Do you think you can exceed that in Dead or Alive 6?

We haven’t really thought it through that first. We are trying to come up with the regular package first, so not quite to that extent.

Do you know if classic costumes, such as Dead or Alive 4, will return?

Dead or Alive 4? That depends. We may put some in, but we haven’t decided on which ones.

Does Hayabusa still have his Izuna Drop?

He does, but it is not my forte so that is why I am not doing it.

So far, everything I’m seeing (in Dead or Alive 6) is very fluid.

Yes, the tempo is very fast.

I did see that there is costume destruction in Dead or Alive 6. Will all of the costumes feature that?

Are you talking about the Story Mode to Dead or Alive 6 yet?

Will the Story Mode expand on the DLC characters that were introduced in Dead or Alive 5 Ultimate, like Marie Rose?

Actually, I am not going to be able to tell you about characters at this point but there are many characters that have aspects which are unknown, so we are going to reveal that.

Some of the characters that I'm really excited about are possibly seeing include the new characters from Dead or Alive Xtreme: Venus Vacation.

Well, as far as characters that might be fighters, do you have any future plans for collaborations? One character that players have been asking for in a fighting game for years now is Kazuma Kiryu from the Yakuza series.

Not at this moment, but maybe in the future we are looking for someone to collaborate with. If Kiryu-san is interested in coming to punch our faces, it might be fun to have him.

One last follow-up on that question: Do you see the returning Virtua Fighter or new characters from that roster make their way into Dead or Alive 6?

How would you feel about a Dead or Alive character, such as Hayabusa or Kasumi joining the Tekken 7 roster for Season Two?

Personally, I hope that Harada-San is interested in a union but I cannot say anything on that. It depends on him.

What is the one thing that for players that have never played a fighting game before, why should Dead or Alive 6 be their first fighting game?

Of course, Dead or Alive 6 is the game. There are some people who have never seen a fighting game before and fighting games have this notion that they are a difficult game to play. System-wise, they do not need to know the details about the systems. They can keep mashing the RB button and have really cool moves by doing that. Players will bang into the stages and other things and whatever things happen and gradually learn what the fun of fighting is, I believe.

By mashing the Special button, they can really do some cool moves, but if they get tired of just mashing the buttons, they can get into the core gameplay of Dead or Alive 6. For the single players or newcomers, I think they can both really enjoy Dead or Alive 6. By playing and having a good time, they can gradually understand the depth of fighting games and they can find similarly level fighters online and I’m sure they can play together and they will really start to love it. That is Dead or Alive 6.