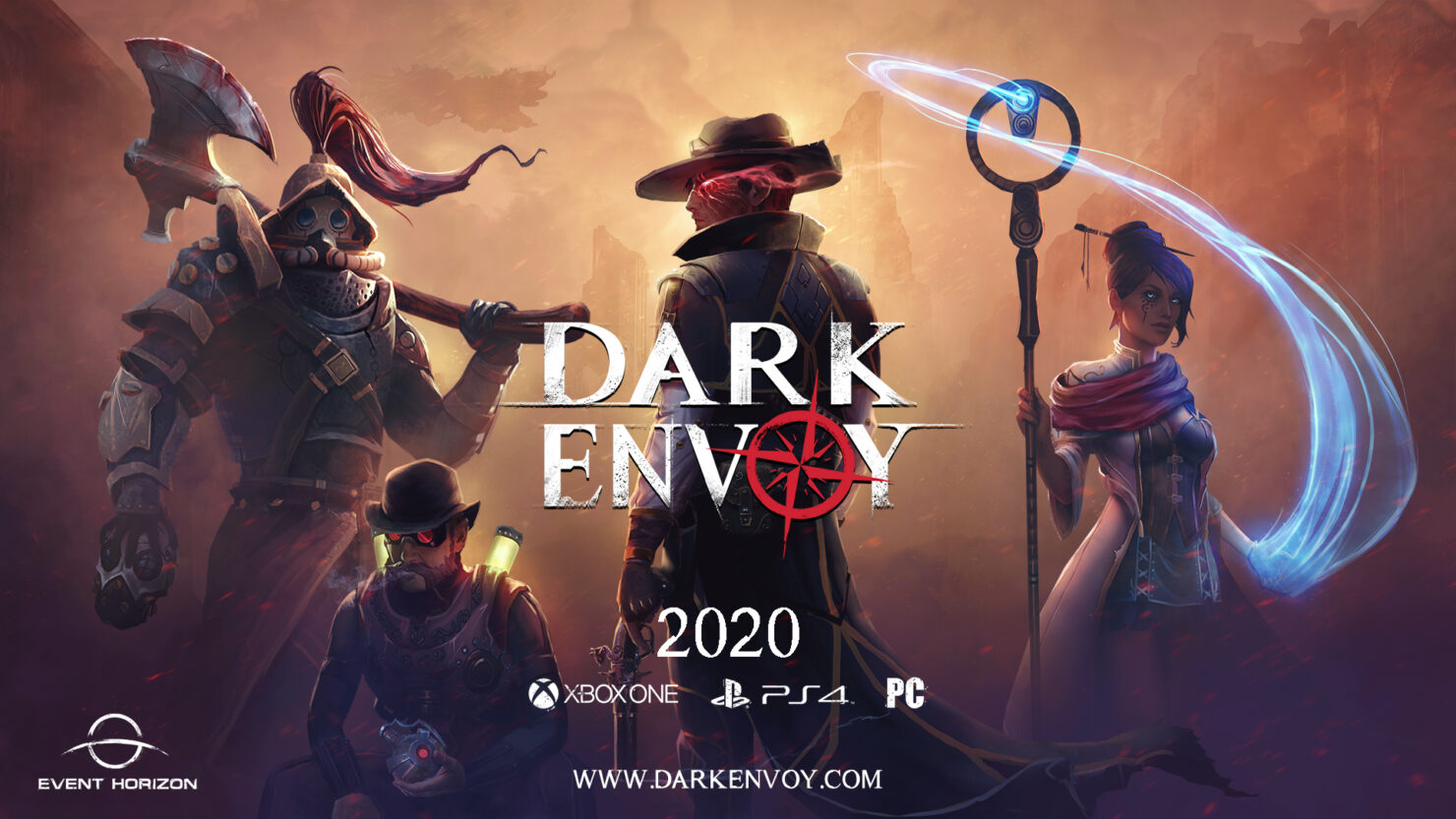 Dark Envoy is the new project of Event Horizon, the development studio behind Tower of Time (reviewed positively by Francesco last year).

Due for release next year on PC (Steam), PlayStation 4 and Xbox One, Dark Envoy is described as a non-linear cRPG that blends real-time, free-movement exploration with turn-based tactical combat. According to Event Horizon, the game was inspired by titles like BioWare's Mass Effect and Dragon Age, the Divinity series, XCOM and even FTL.

Check out more details and the first media (trailer and screenshots) below.

As the Human Empire fights for dominance against the remnants of the Old Races, Dark Technology clashes against Magic — neither side is good and just. The strong prey on the weak taking whatever they please. This is total war, where the defeated will be entirely wiped from the pages of history.

Against this backdrop, Kaela and Kiros aspire to repair their parents’ broken airship in order to travel the world, seeking to face whatever dungeons, challenges, and riches may come their way. They are hungry to learn how to fight, build, and forge alliances and friendships across the known lands. Together, they search for ancient relics and forgotten places. Together, they look to leave a legacy in their wake…

Yet, their journey begins in blood and tragedy.

Your choices are everything and they can reshape your life in this place, even the world around you. Will you become strong enough to survive the journey and reach the end? Will you find the power to change this grim reflection of our own world? Will your legacy be one of peace and honor, or stained by bloodshed and destruction?

When you look in the mirror at the end, what reflection will you see there?