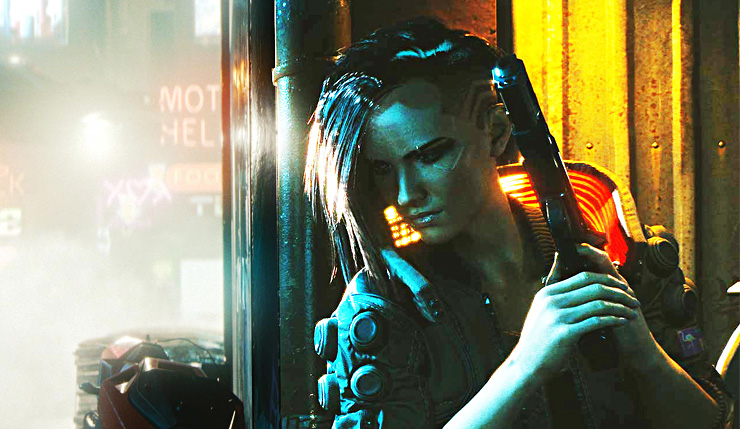 Earlier this morning CD Projekt Red finally unveiled Cyberpunk 2077 to the world, and the vast majority of feedback has been positive. So, why did the makers of Cyberpunk 2077 wait so long to show the footage to the public? Only a select group of journalists and industry types (including Wccftech) were allowed to see the game at E3 and Gamescom, and for a while, it seemed like it may stay that way.

Well, it turns out CD Projekt Red provided an answer to that question during the Cyberpunk 2077 gameplay reveal itself -- on Twitch, the very last frame of the demo contained a secret message, which was captured and transcribed by Redditor Divinus. Here’s what the message said:

Sorry to have kept you waiting for this for so long!

Did you like what you saw? Because for us, the fact that we're finally showing you Cyberpunk 2077 is HUGE. Please go to our forums, twitter, Facebook, discord, and do tell what you think. Is the game world how you imagined? Do you see what we meant by "immersion" when we talked about CP2077 being an FPP RPG? How does our vision of "cyberpunk by day" make you feel? We really want to know.

Aside from that, we think we owe you a few words of explanation on why we're showing you this gameplay now, some time after industry professionals and media saw it at E3 and Gamescom.

Each time we discussed the idea of showing the game to you (and we discussed this idea a lot), we were ending up in this "we're not 100% sure" limbo. Why? Because (for most people), when a game dev shows gameplay footage from their game, it means that this is how the game is going to look or play like. It's not the case here. Cyberpunk 2077 is deep in development. We have a lot of design ideas, a lot of mechanics being play tested, but we don't know what we'll end up with at launch. This makes publishing videos like what you just saw risky --we don't want gamers saying, 'But in that previous video that gun was shooting differently', or 'why did you change the interface?'. Change is inherent to game development and there's a ton of things being modified each day. Our fear was (and kind of still is) that you'll think what you just saw is how Cyberpunk 2077 will look like 1:1.

What gave us that extra confidence to show you a work in progress game? Good initial feedback from people who are accustomed to see games at various stages of development. What they told us (and they told us they really liked what they saw) gave us the boost we needed to show the current version of Cyberpunk 2077 to the most passionate and insightful audience -- you.

So... here's what Cyberpunk 2077 looks like today (or rather looked like when we recorded the video). We sincerely hope you liked it.

Again, thank you for your patience and all the thoughts you shared with us.

Makes sense. I’m 100 percent sure people will be making comparison videos and complaining about “downgraded” graphics when Cyberpunk 2077 finally launches, but there’s no pleasing everybody. 99 percent of fans were just happy/excited to see the footage and realize games can change in development.

Cyberpunk 2077 has been announced for PC, Xbox One, and PS4. The game has yet to receive a release date.