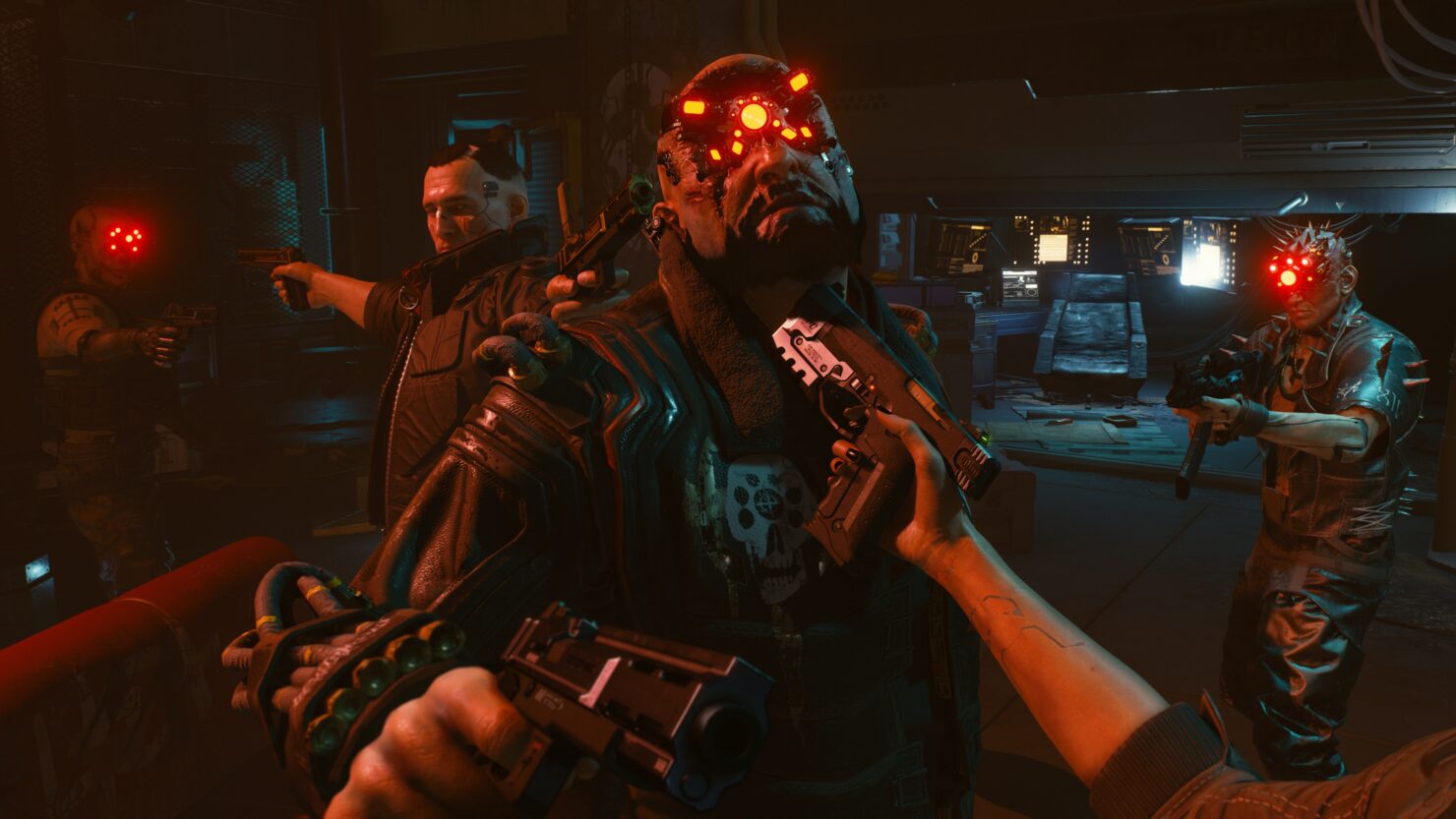 The Twitch stream is now done, but the video is up on YouTube at glorious 4K!

I reported earlier about the Cyberpunk 2077 Twitch channel being live and transmitting some cryptic code being shown on a plain text background. Well, the mystery of this extremely long and strange stream has finally been revealed.

CD Projekt Red has finally revealed the first public gameplay footage of the game and, much like I've said in my impressions piece from Gamescom, it looks simply fantastic.

Building up the hype, a loading bar was stuck on the stream at 99% for close to 15 minutes. Over 150,000 people, concurrently watching a static screen, waiting for whatever the company was putting out. Ten minutes in, an official tweet came up saying "DATA TRANSMISSION COMPLETE!"

Then came the moment that fans were all waiting for. The first ever publicly available footage of Cyberpunk 2077. Here you get to see V in his or her glory, able to take down enemies with ease. You get to see the magnificent views of Night City and the splendour within.

At the end of my very own preview I stated this:

The real question now is, why aren't you watching the first ever public reveal of Cyberpunk 2077's gameplay on Twitch? It's embedded right above for your viewing pleasure.