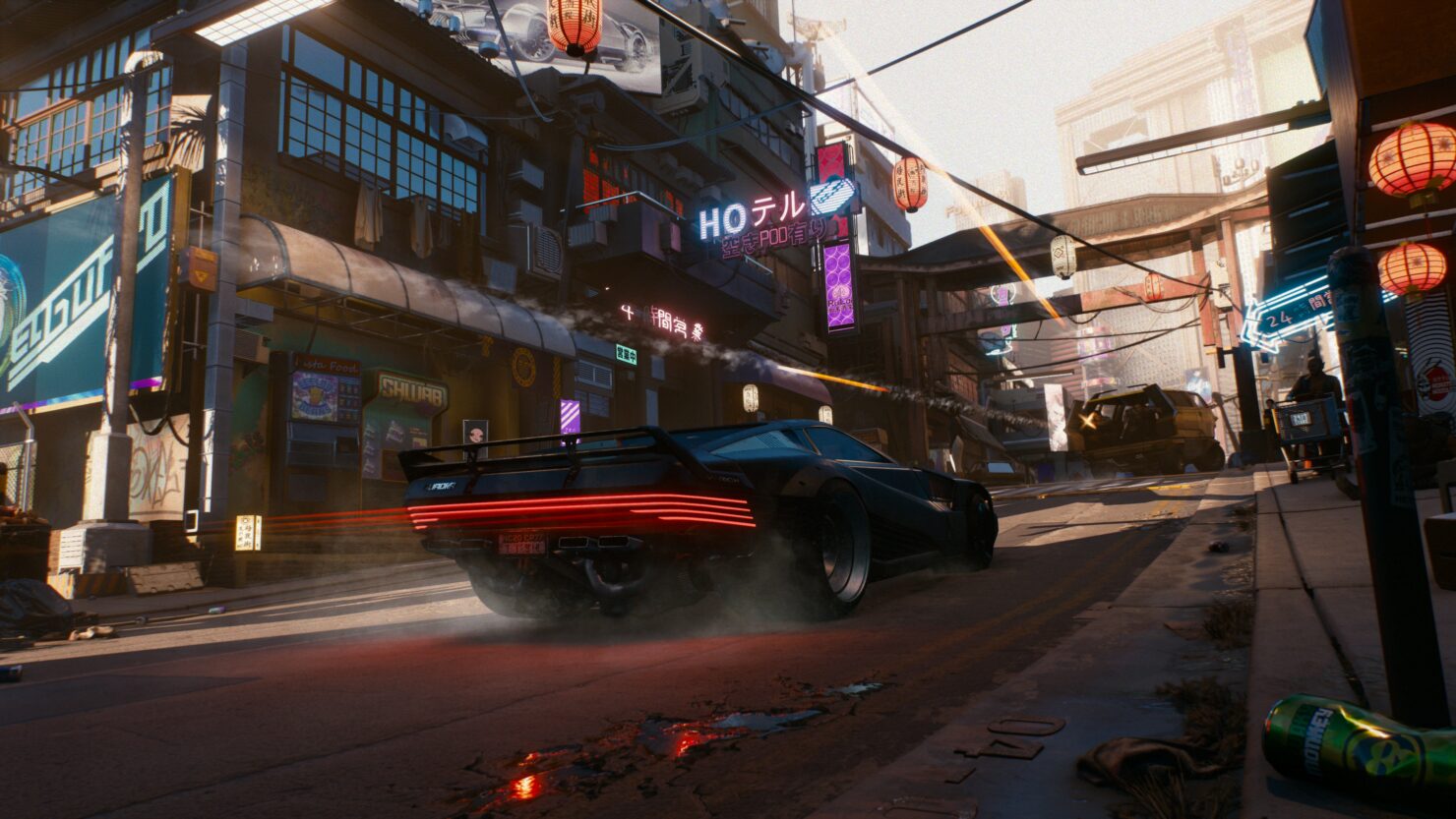 At E3, earlier this year, Cyberpunk 2077 was pretty much on top of everybody's list of games they need to see. That was no different at Gamescom either. At E3, both Nathan and Kai got the chance to see some hands-off footage of the game, which you can read here.

For Gamescom, CD Projekt Red promised some new gameplay footage. Naturally, anticipation grew even further. For a full hour, I got to sit down and watch this brand new hands-off gameplay demo of the game. Here are my impressions.

It's hard not to get hyped up when you think of CD Project Red tackling a futuristic, sci-fi dystopian setting as they are in Cyberpunk 2077. I can't say that I'm familiar with the boardgame, Cyberpunk 2020, nor have I read any of the related novels. I'm going into this pretty blind. Not that the game isn't very quick to quickly illuminate the world, setting and lives that go on in Night City.

Night City could be both the aptest and ill-suited name for the city, at the same time. How? Because it's abundantly clear that this is a city on the edge, as are the people in it. In my short playthrough, I saw a crime scene being investigated by the police, people down on their luck looking aimless in their lives and I faced off against a dangerous criminal gang. Or at least the person with the controller did. Of course, there are also corrupt higher-ups from companies who practically run the world.

That was the apt part. Now we have the ill-suited part, though even that is apt. It all takes place in the brightest, busiest place I've ever had the fortune to see in a video game. Neon lights advertising everything from a soft drink, guns and even a good time with a prostitute. Even the billboards are said to target your wants and needs, which would make for the most engaging in-game advertising ever, particularly as they're advertising in-game products. It's glittering and overwhelming as if it was the offspring of Times Square and Shinjuku, on speed. It looks outstanding and likely the best thing I've ever seen in a video game to date.

So how does this demo differ from the E3 one? In a few simple, but very important ways. First is by showing off character customisation offered at the start of the game. The audience of the current showing was given the option to choose the gender of the character. It was a simple vote, which female won, though options from both were shown. It shows already that character selection and customisation is something that is in the game and working. What was also shown is that as you create your character, you're given the option to choose a backstory and even a childhood hero. Whether this will stay in the game at release and, if so, how it will impact on the game remains to be seen.

Much like with the E3 demo, you begin by storming a hideout to save Sandra, who's on death's door and about to be scavenged for parts. V and his or her pal, Jackie, blast through the bad guys, which also includes shooting through a wall and taking an alternate path. It's action-packed and entertaining. Once you've located Sandra, after seeing the gruesome antics of these rebels, you remove a virus that is blocking the inbuilt chip that calls for emergency assistance and then carry her to safety. As before, the whole route you're given the constant view of possibly the most realistic in-game breast and nipple I've ever seen.

What should be noted is that I don't see this as CD Project Red being 'edgy' or trying to push any envelope. When The Witcher was released in 2007, the partially nude cards were just there to be edgy. At least I would argue that. However, the company and their games have matured. This is what you would really find in that situation. There is nothing sexual about it - this is a woman who was very close to being pillaged for spare parts. You're rescuing her.

Now it's back to your apartment, before heading out into an area that reminded me of Peach Trees from Dredd (a criminally underrated film). It's huge and bustling in itself. A living city within a tower-block. A billboard then advertises a drink to you. If you like the advertisement and accept it, a cursor pops up to guide you towards your sugary beverage. Go to a weapon shop, your ripperdoc, it all seems just so lifelike. The most impressive thing was stepping out into the street though, seeing people walking around, living their lives. It wasn't that they were there, it was just how exquisitely detailed everything was. I find I have to repeat myself when I say that this is likely the best game I've ever laid my eyes on.

This is where the demo slightly varied. As you're making your way to the maelstrom gang, CD Project Red decided to show how the dialogue opened up. After a chat with Dexter Deshawn, a stereotypical gangster, you're working for him to retrieve a military-grade drone stole by the Maelstrom gang. We met the not-so-friendly military contractor but this time worked out, through conversation, that there was something extra on the chip she gave us. Not only did it contain 50,000 Eddies - Cyberpunk's in-game currency is the Eurodollar - it also had a virus on it.

After managing to talk our way into the hideout of the Maelstrom gang, it was time to make the deal. Rather than lie to them, it was decided to tell them the truth about the virus. It was cleaned and the gang was more than happy to hand over a military-grade drone to you. After all, you just bought it for 50,000 Eddies. That's when it was time to go guns blazing.

The battle was fast and frantic. It was fantastic to see V using drugs to enter a bullet-time style mode for a bit of time, using the katana to literally slice pieces off of an enemy and, of course, use it to block bullets. But this is no different to what was experienced before - though it really is fantastic to watch and got knows how great it will be to play.

Unlike at E3, where the drone was taken by Militech and the agent you meet arrives as you leave, we had a completely different ending to the quest. Here, that person is gone. You're told that her contract had been terminated - something I imagine has a literal connotation in this world. It's then time to get back to Dexter Deshawn, hand him over the drone and - of course - you get to keep the 50,000 Eddies for yourself.

Coming out of the demo, we were all given a Q&A to show our thoughts. Any positives or negatives. I gave the game a 10/10 on how anticipated I was and liked what I saw. My only complaint was that the subtitles didn't completely match the spoken dialogue and could have done with a little work. Genuinely, out of the whole thing, that was my issue. I went into Cyberpunk 2077 anticipating something great. I came out of it having seen something that truly has the potential to be one of the best games to have been made so far.