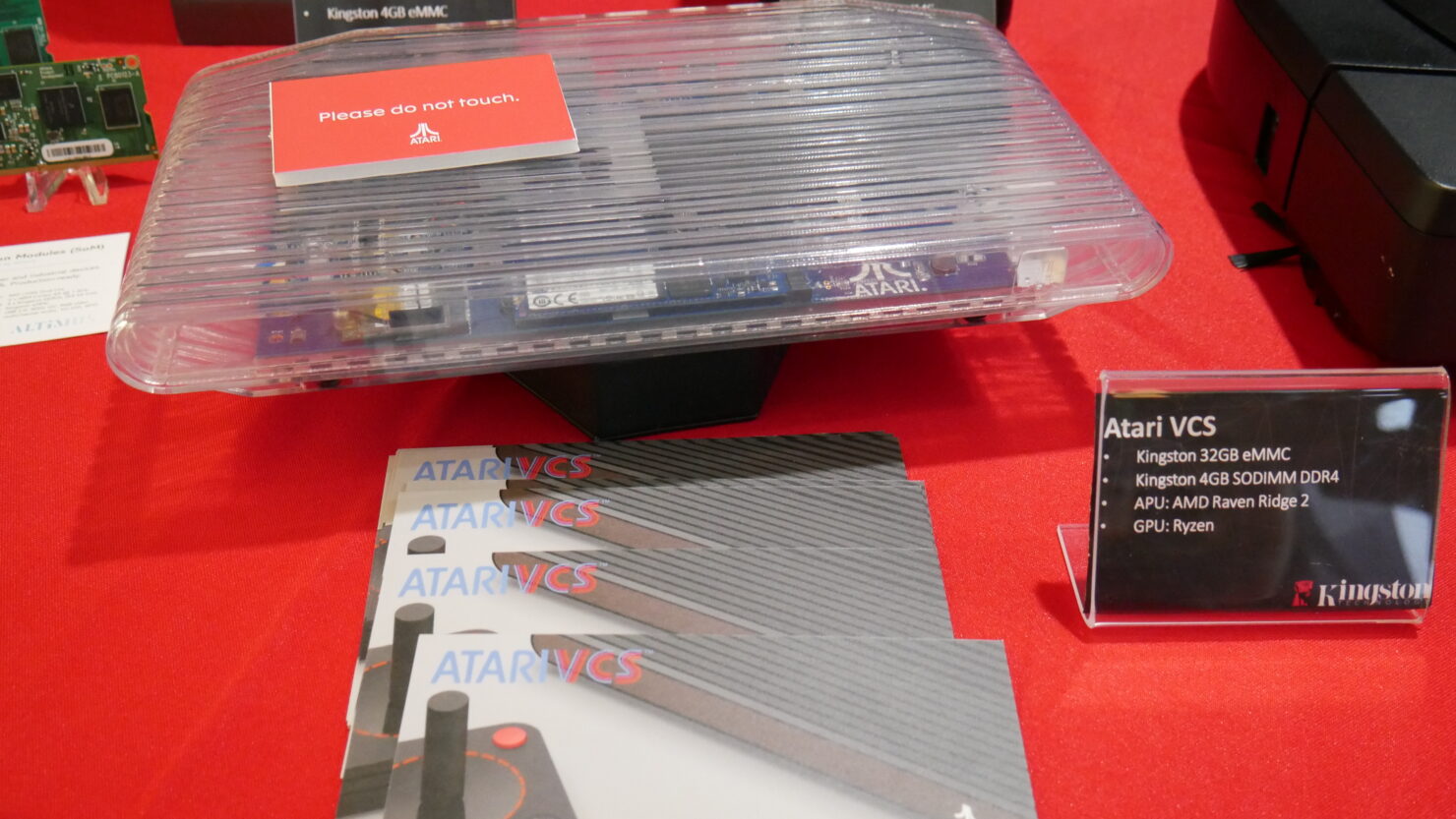 It's no secret that the Atari VCS is as close as it's ever been to make it to market. When it was first revealed through an Indiegogo campaign nearly two years ago, the Atari Video Computer System, or VCS, was powered by a Bristol Ridge A10 CPU and Radeon R7 GPU. Since then, the specs have been upgraded to a more powerful Ryzen + Vega combination. Now, we had our first look at the memory that's being provided for the finished units by Kingston. 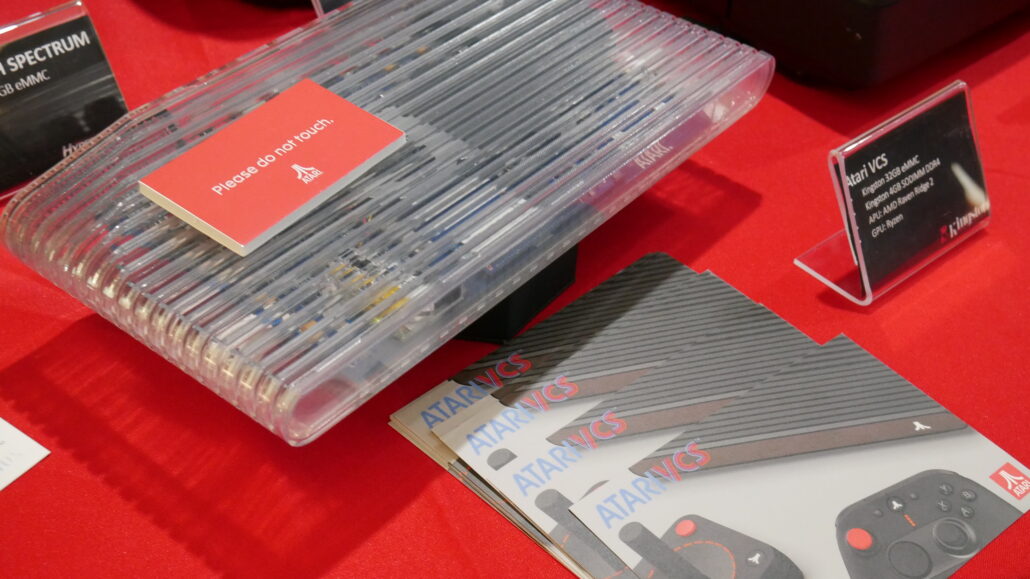 At the moment of writing, the Atari VCS 400 Onyx has been confirmed to be running an AMD Ryzen Embedded R1606G CPU alongside Radeon Vega 3 graphics as well as 4GB of SODIMM DDR4 and a 32GB eMMC. This dual-core APU operates at a base frequency of 2.6GHz with a maximum speed of up to 3.5GHz across all four threads. Now we know that both the RAM and storage on the Atari VCS, at least the 400 series, will be powered by Kingston. 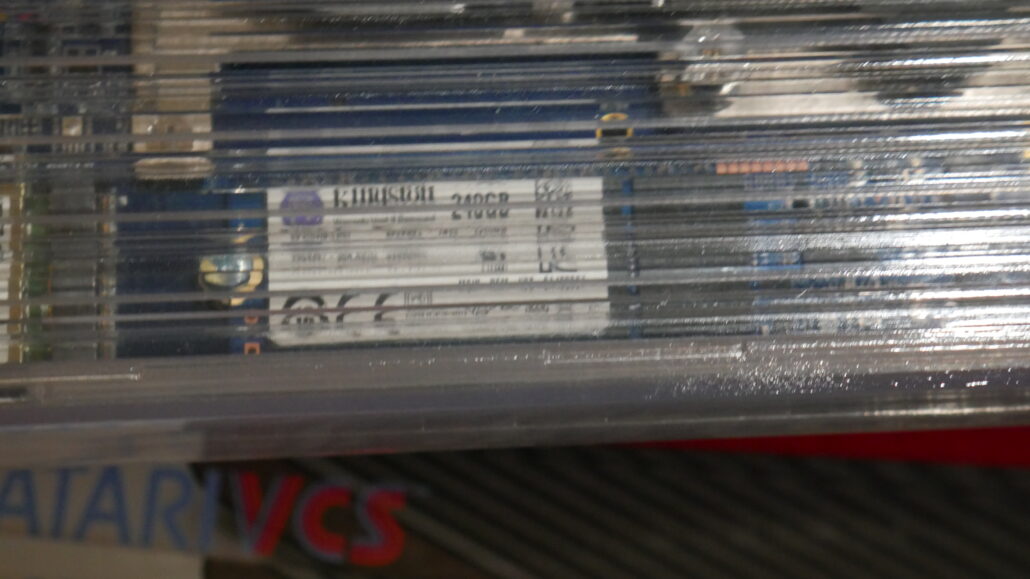 While the specs on the Atari VCS lineup are modest compared to other platforms in the $250 price range, what's being offered should be able to comfortably handle most games that will arrive on the platform at 1080p60. The more powerful Atari VCS 800 Onyx doubles the memory and claims to stream 4K HDR video content, so it should be able to tackle the other games that the entry-level product can't quite target 60 frames per second.

The oft-delayed release of the Atari VCS home consoles is in the final stretches of production and gearing up to soon be released into the public, both through retail channels and delivering to Indiegogo backers weeks from now rather than months. In a recent interview with Medium, Atari  Chief Operator Officer Michael Arzt stressed the importance of aiming for a March 2020 release.