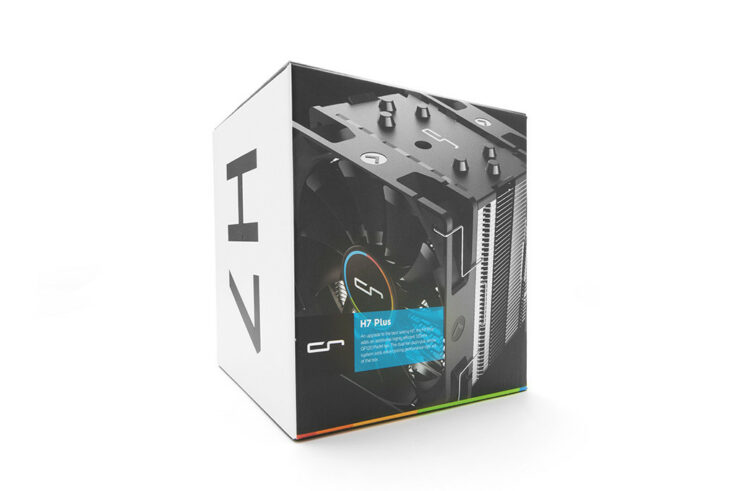 Enthusiast thermal solutions brand CRYORIG releases the new H7 Plus and M9 Plus dual fan heatsinks. Based on the best-selling H7 and M9i/a, CRYORIG is now offering these two models with a direct dual fan upgrade for best in class performance.

Cryorig Adds Fans To H7 Plus and M9 Plus

Adding an additional fan makes the overall heatsink airflow better optimized to expel heat directly into the rear system fan and out of the PC case though many times the result isn't as much as you might expect. With an included PWM Y-Cable, users can have both front and back fan speed synced together for optimal efficiency.

The H7 Plus is based on CRYORIG's best-selling compact tower, the H7. Like the H7, the H7 Plus is also only 145 mm in height and even with the fans attached it completely avoids the RAM slots for Zero RAM Interference on the latest LGA1151/AM4 boards for both Intel and AMD. Other thermal technologies include CRYORIG's proprietary Hive Fin design for optimized airflow, Heatpipe Convex-Align optimization design and Quad-Air Inlet for added air intake on the dual 120 mm QF120 PWM fans. All together along with the new dual fan push-pull-setup is able to boost the thermal efficiency and performance of the H7 Plus.

The M9 Plus is based on CRYORIG's M9i/a, the best in class mini tower. At a low height of 124.6 mm, the M9 Plus assures Zero-Ram-Interference on both AMD and Intel platforms. Unlike the M9i and M9a, the M9 Plus is now compatible with both Intel and AMD platforms, making it an even easier upgrade for PC users to choose from. The M9 Plus's dual 92 mm PWM fan system utilized the push-pull principle, hence optimizing airflow to efficiently move heat directly from the heatsink to the rear system fan and out of the case. Thanks to the included PWM fan Y-Cable, both the front and rear fan are synchronized for optimum performance.

Thankfully for once, we have a cooler that doesn't strap RGB all over it and call it an upgrade, although the exact performance gain is not something I can really speak on until some testing was done with these coolers on a variety of different CPUs. For the price, the product seems rather interesting and not a whole lot more than the original H7.