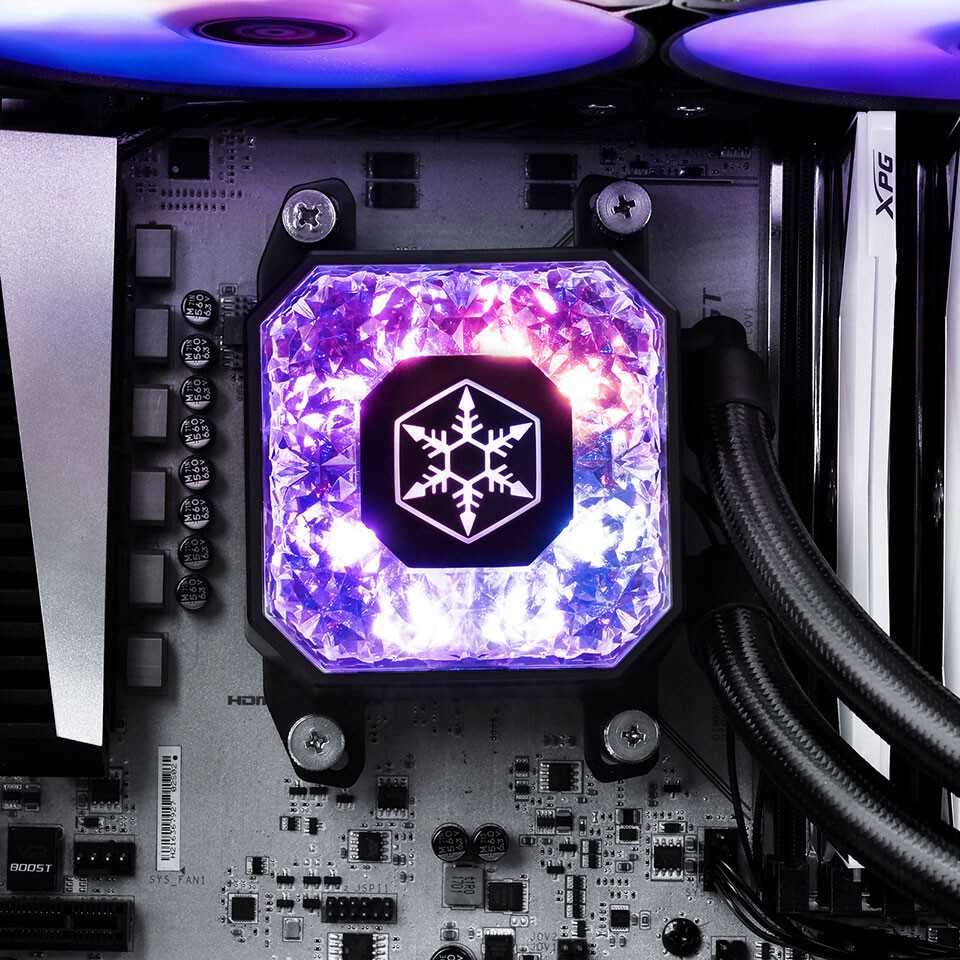 This CPU block features a pump motor which utilizes a three-phase, six-pole design for overall smoother and quieter operation when compared to a single-phase, four-pole design. This new design not only improves flow but also makes the CPU block much more energy efficient. This new and unique design features a motor speed of up to 3,000 RPM.

These AIO coolers feature optimized pressure fans with better ARGB effects, which can quickly and efficiently dissipate any heat built up in the radiator. These fans offer a maximum speed of 2,200 RPM and a lowered speed of 600 RPM. The included fans have a minimum noise level of 7.3 dBA and a top noise level of 36.6 dBA.