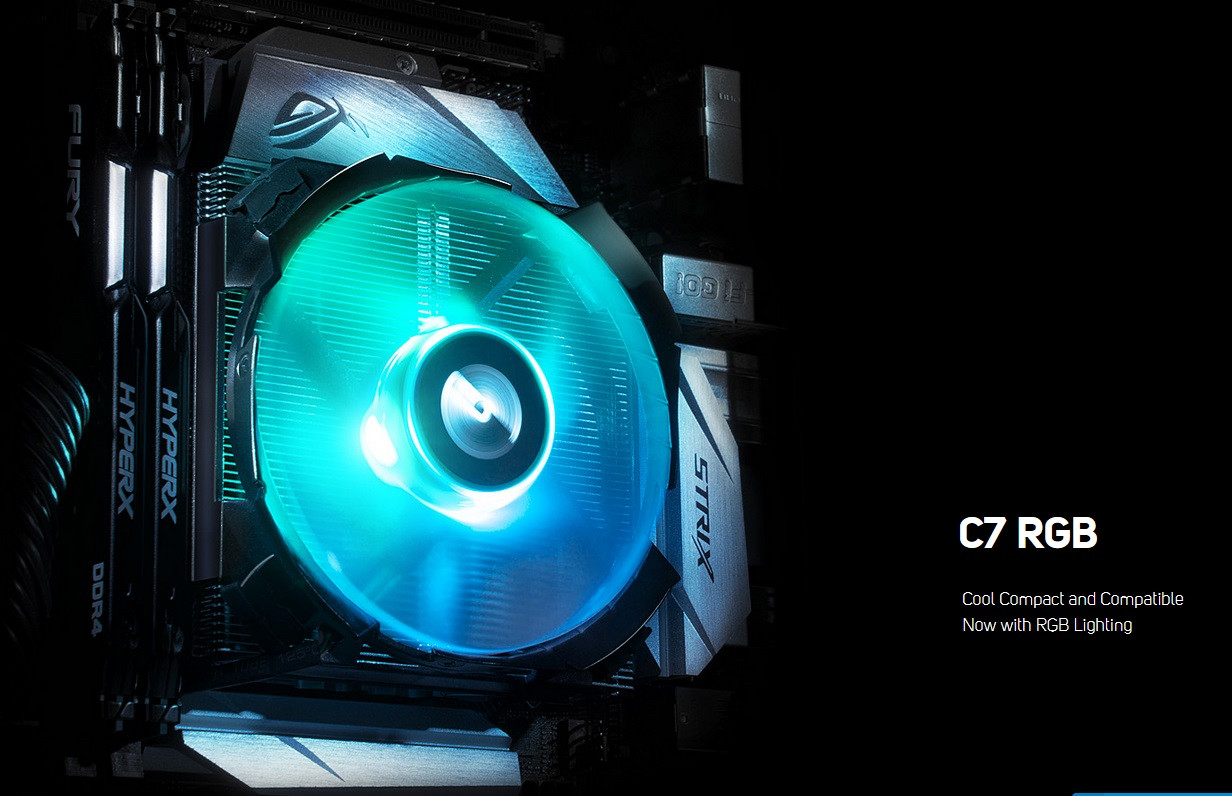 The Frostbit is the first aftermarket M.2 cooler using the heatpipe technology. It's Dual Stacked Heatpipes work cooperatively to form a massive heat dissipation surface. The First 1 mm Ultra-Thin Heatpipe spreads heat from components into the Primary Heat Spreader. The Secondary Heatpipe is then attached to draw heat further into a large volume Heatsink. The Frostbit's Heatsink can also be adjusted to fit different PC setups. The Secondary Heatpipe's angle can be manually tilted to either side to avoid interference with the GPU or a large CPU coolers. This extra level of adjustability allows it to fit a variety of different builds

Based on one of the best ITX coolers on the market, the C7 RGB adds 12v RGB lighting to an already stellar performer. With the C7 RGB being a top-flow cooler, once lit up the C7 RGB becomes the lighting centerpiece of any ITX build. The C7 RGB lighting system is built on standard 12v RGB LEDs integrated in its 92 mm PWM fan. Simply plug in the Fan RGB header into either a 12v RGB port on the mainboard or any 12v RGB lighting controller. It is compatible with all major 12v RGB controllers and boards.

The Cryorig C7 RGB and Frostbit M.2 Cooler currently do not have details on pricing or availability but more information will be shared during Computex next week.