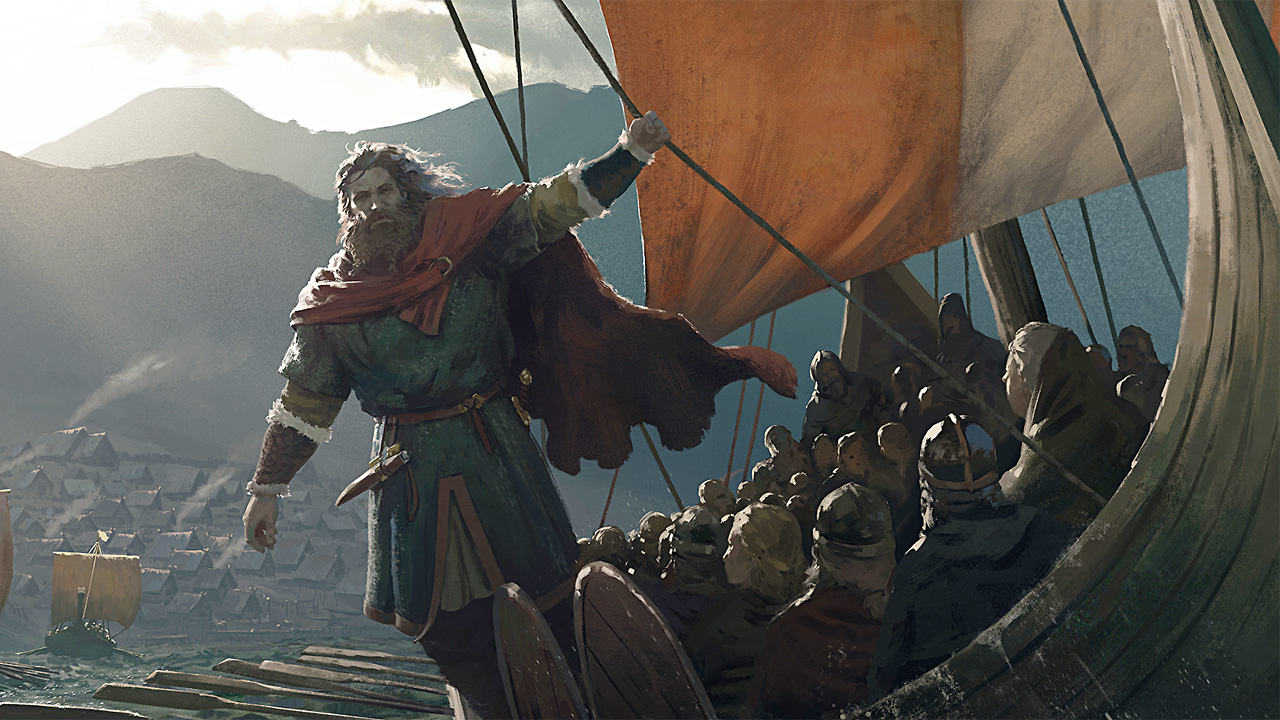 Crusader Kings III is a ridiculously deep game and earlier this week Paradox Interactive added even more to their already generous package. CK3 ver. 1.3 introduced a variety of new mechanics, including winter weather, duels, and a random poetry generator (yes, really), while the Northern Lords Flavor Pack brought in new features, events, and all manner of other berserking fun for those playing as a Norse leader.

Now, update 1.3 is free for all Crusader Kings III owners, so we won’t be delving too deeply into its contents (suffice to say, most of its additions, duels in particular, are smart, fun additions to the game). Ah, but the Northern Lords DLC costs $5, so I’d say it deserves a bit more scrutiny. Is this a Viking adventure worth taking? Or should it be left out in the cold?

We Come from the Land of the Ice and Snow

As mentioned, the Northern Lords Flavor Pack adds a bit more local color and personality for those lording over a Scandinavian realm. Paradox doesn’t do a particularly good job of indicating what the flavor pack adds within the game itself – I had to double-check Steam to make sure it was even installed. That said, once you pick a Norse leader and start a game, you’ll start to see fresh content pretty quickly. 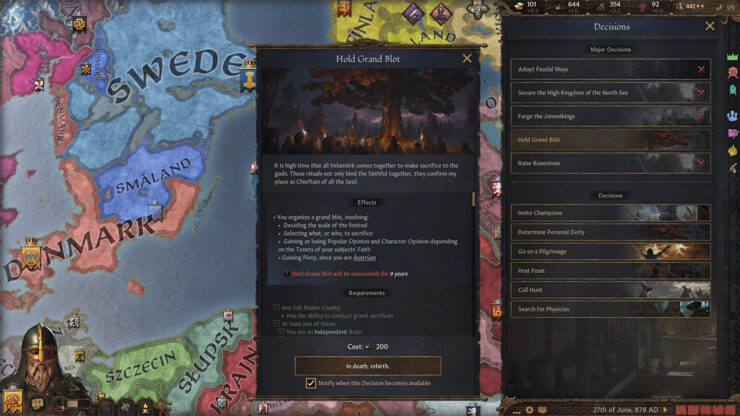 Northern Lords serves up a steady stream of new events, many rather creative, some more than a bit tongue in cheek. You may find yourself having to choose whether to kill livestock or humans at a blood sacrifice, tracking mythological beasts in the forest, or just dealing with a member of your court’s penchant for stinky herring. Sometimes the events intersect with the new features found in the 1.3 update in unexpected ways, as you may find yourself locked in a duel with an angry wandering berserker. Regular systems have also been given some Viking flair, as there are now Norse-themed Dynastic Legacies, Men-at-Arms regiments, and holding improvements. 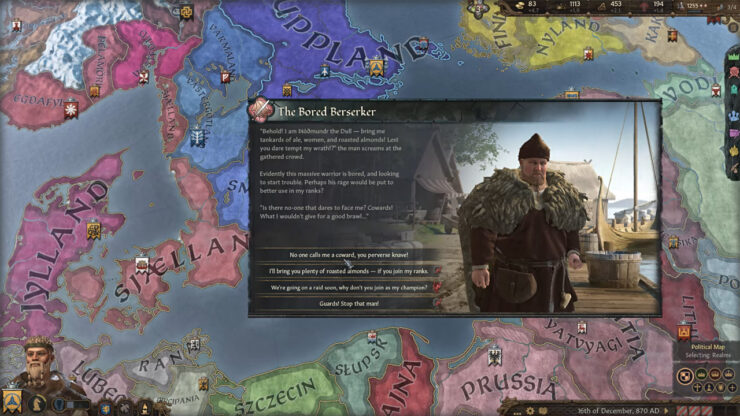 In terms of core gameplay, the biggest new feature are the Varangian Adventures, which essentially allows rulers stricken by wanderlust to pick up their realm lock, stock, and barrel and move it overseas. When you decide to go on an adventure, you’re granted a large bonus army of pissed off Vikings, allowing you to conquer realms that would usually be a bit too powerful to take on. If you win your war, you take over the new realm, but have to give up your old holdings and vassals. It’s a major price to pay, but hey, sometimes you just need a new set of scenery! Varangian Adventures, along with some tweaks to raiding, lets players embody that Viking spirit without all the fuss and planning usually required of overseas wars. 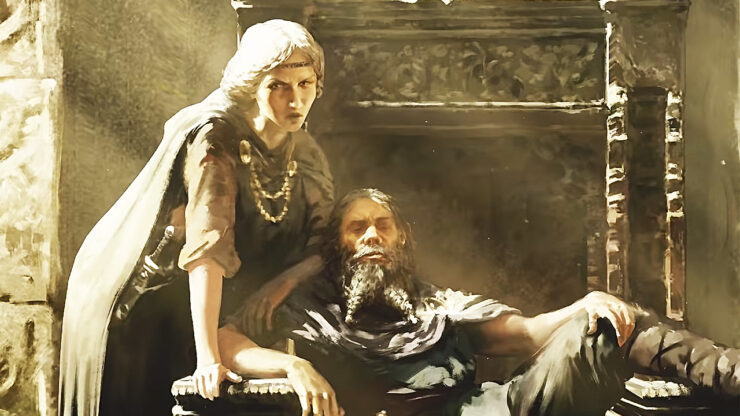 The Price of Glory

As somebody with a keen interest in Norse lore and culture (I’ve got a touch of Swedish in me), I found the Northern Lords Flavor Pack to be charming enough. It’s also a promising hint at what the future of Crusader Kings III may look like. There are so many other cultures and regions crying out for their own flavor packs that Paradox could produce years worth of DLC without trouble.

That said, while my enjoyed my time with these Northern Lords, I do question the DLC’s $5 price tag (it’s also included in the CK3’s $35 Expansion Pass, which includes two flavor packs and a larger expansion). Yes, this DLC offers plenty of Viking flavor and fun events, but not a lot of truly new, game-changing content. This just feels like it ought to be a free update or perhaps part of its own subscription (I’d pay $20 a year for a new flavor pack every couple months). Of course, value is always somewhat subjective  -- whether this voyage is worth the price is up to you.