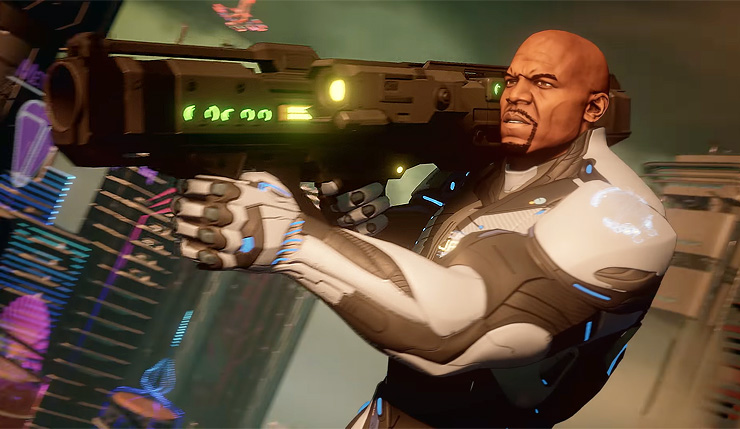 Last week, Microsoft revealed that David Jones and his Reagent Games weren't helping anymore on Crackdown 3 as Sumo Digital had completely taken over the game's development.

Today, GamesIndustry was able to speak to David Jones, creator of the franchise (as well as the first two Grand Theft Auto games and APB: All Points Bulletin), during the GameLab conference in Barcelona, Spain. Jones downplayed the departure of himself and Reagent Games (which he founded) from Crackdown 3.

I suppose it's because there just wasn't much to talk about... I don't think there's anything secretive there. Reagent was a very small number of people that came together to help out Crackdown, especially in the early days.

Cloudgine was really there to help with technology and I was there really because I had been there for so long, so I was helping to find a direction for Crackdown 3.

[Moving on from the project] was tough, but just the right thing to do at the right time.  In an ideal world, it could have been finished faster and I would have been able to see it through to the end. But to be honest, I look back at other gaming franchises I've worked on and they've done really well without me being there as well, as long as the DNA is there and the right foundations are there.

Since its inception, Cloudgine’s research and development has been based on Epic’s Unreal Engine 4. Cloudgine’s cloud computing and online technologies will enhance the UE4 feature set to help developers push the creative and technical limits of games, film, animation and visualization through advances in physics simulation and networking.

We haven't heard specifics yet on how Epic intends to integrate Cloudgine in the Unreal Engine 4, though.