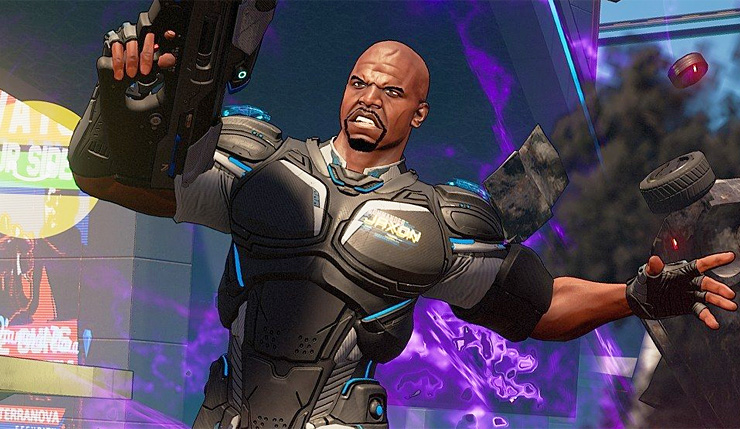 Crackdown 3 didn’t exactly set the world on fire when it finally launched earlier this year, but Microsoft is still supporting the game with a series of free updates. Last month they added new agent abilities to the Campaign and a progression system to the Wrecking Zone multiplayer mode. This month players are getting the Agency Wingsuit, a favorite from past entries in the series, new elemental melee weapons, and a bunch of new achievements to chase. Check out a trailer for the Flying High update, below.

Here’s the official rundown of all the new Flying High goodies:

It’s a bird! It’s a plane! It’s you soaring above the city with the Agency Wingsuit! Reach new heights, attack enemies from above, and test your flying skills in one of seven Wingsuit races. Eager to bring even more boom? Try the Clusterduck grenade and its chain-reaction explosions. If that doesn’t fit the duckbill, make it rain with the Hellstorm Flare to call in air-strikes from the Island Defense Turrets or deploy the Agency Peacekeeper Beacon to summon Civilian Militia backup.

But that’s not all! Unearth the Elemental Forge gadget to summon four over-the-top melee weapons, each with its own unique environmental damage effects. Light up your foes with the Flaming Sword, give them a shocking send-off with the Electric Hammer, keep it cool with the Ice Mace, or be the toxin of the town with the Chimera Axe. Swing, smash and throw each weapon to unleash chaotic fun. We can’t thank you enough for your continued support of Crackdown 3. With a total of 14 new Achievements and 500 Gamerscore, the free Flying High update is yours for the taking, so get to it Agents!

Crackdown 3 suffered through a long, tortured development cycle, with many lengthy delays, and the game received mixed reviews when it finally arrived in February. That said, Wccftech’s own Dave Aubrey enjoyed the game and it’s accumulated a small, but loyal following since release. So, hopefully they enjoy the wingsuit!

Crackdown 3 is available now on PC and Xbox One.