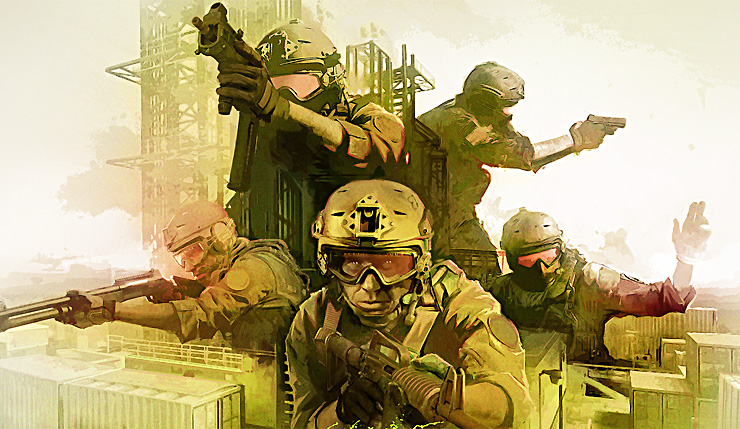 If imitation is the sincerest form of flattery, the makers of PlayerUnknown’s Battlegrounds must be feeling pretty darn good about themselves right now. Since PUBG blew up earlier this year, games like Fortnite, GTA Online, and Ark: Survival Evolved have all added their own battle royale modes, and it seems like another major game may be planning to join the fray.

The Valve News Network has done some digging into the last year-and-a-half of Counter-Strike: Global Offensive updates, and have found evidence that may point to a planned battle royale mode. The code for these updates includes numerous refences to a “survival” mode, and an unreleased island map. Hmmm! The updates are also littered with references to PUBG-esque weapons and items, like compound bows, light and heavy armor, parachutes, drones, adrenaline shots, sonar, beacons, night vision goggles, and more. Hmmm, again! You can check out the evidence for yourself, below.

Of course, Valve tends to work in mysterious ways, so all these clues being found in Counter-Strike update code doesn’t mean a battle royale-style survival mode is a sure thing. I mean, there’s been a whole lot of hints about Half-Life 3 over the years, and we know how that’s gone.

That said, I would not be at all surprised if Valve adds some sort of battle royale mode to CS:GO. They have to be looking at PUBG’s domination of the Steam charts with jealousy. For a long time, Valve were the masters of their own platform with games like DOTA 2 and CS:GO, and you’d better believe they’d like to take back their throne.

What do you think? Is Counter-Strike: Global Offensive really getting a battle royale mode? And if it does, will it be able to make a dent against PUBG? Or are Valve’s days of dominating the Steam charts over?