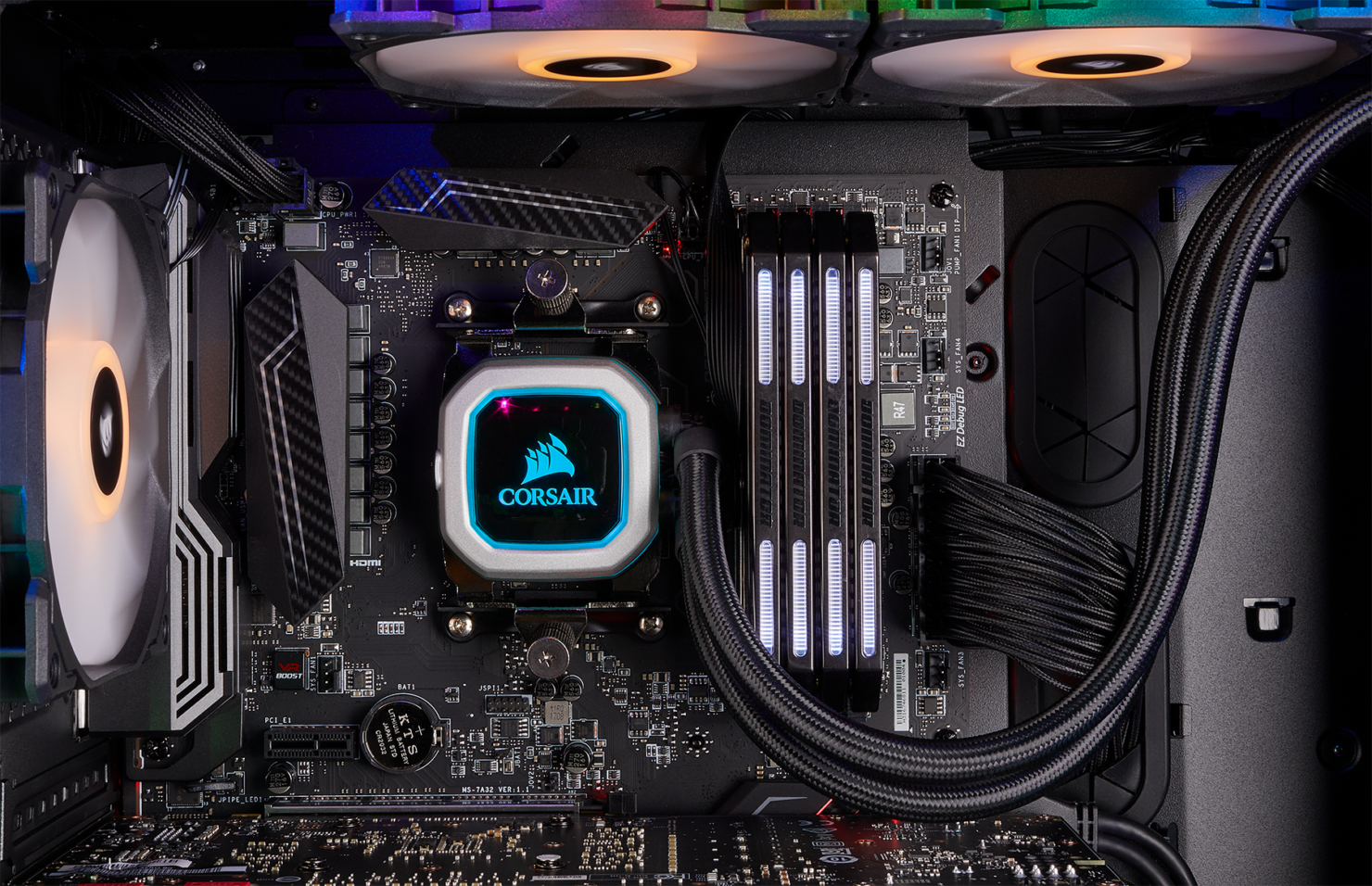 Corsair has been preparing a new line of PRO series cooler and we thought as time to see their specs and press deck in all its glory. VCZ started the ball rolling with a tweet and we got some better quality shots. It looks like Corsair is finally jumping on board the RGB train as well because that was one thing their coolers lacked before. Not only that but an absolutely huge 360mm (I assume) AIO is finally part of their lineup for those rocking a heavily overclocked SKL-X processor and dealing with insane thermals that no self-respecting cooler should have to  handle.

Corsair has some of the best performing AIOs on the market right now with rather high reliability rates. But the one thing that had been lacking in their arsenal was the 360mm variant. This was because before the SKL-X and the Threadripper series, there was honestly no reason to go over the 280mm mark since diminishing returns set in quickly, but now that you are dealing with overclocked SKL-X processors that can go up to 500W TDP and temperatures reaching 95c (I am looking at you 7980XE), a 360mm radiator quickly becomes a must buy for any high end build. Without any further ado, here is the complete picture gallery:

The new PRO series has a brand new white block with RGB lightning and the rest of the essentials. The radiator itself is the standard muted black design with a minimalist profile. It ships with 3x 120mm high static pressure fans which should keep the radiator nice and cool. Interestingly however, we see that Corsair has stuck to its guns and kept a round base plate instead of rolling out a square version as well - which has recently been seen as a better approach to cooling these high end SKUs.

Corsair will also be refreshing their standard 280mm lineup with the same RGB and PRO treatment as before and these can be seen below as well. Its worth noting that these were spotted a while back on Newegg as before and pricing seems to be roughly the same. The RGB block will satsify most RGB builders although it doesn't hold a candle to the classy aesthetic that the NZXT Kraken X62 can pull off. Here is the complete picture gallery:

Corsair is also introducing something new with their PRO lineup of AIOs and that is the Zero RPM mode. As the name suggests during system boot up and during idle times, the fans will not spin up. This is inline with their over arching no fans until needed approach that is present in the PSU side of things as well. It is also a welcomed approach because it would eliminate noise almost completely during non gaming and light workloads.