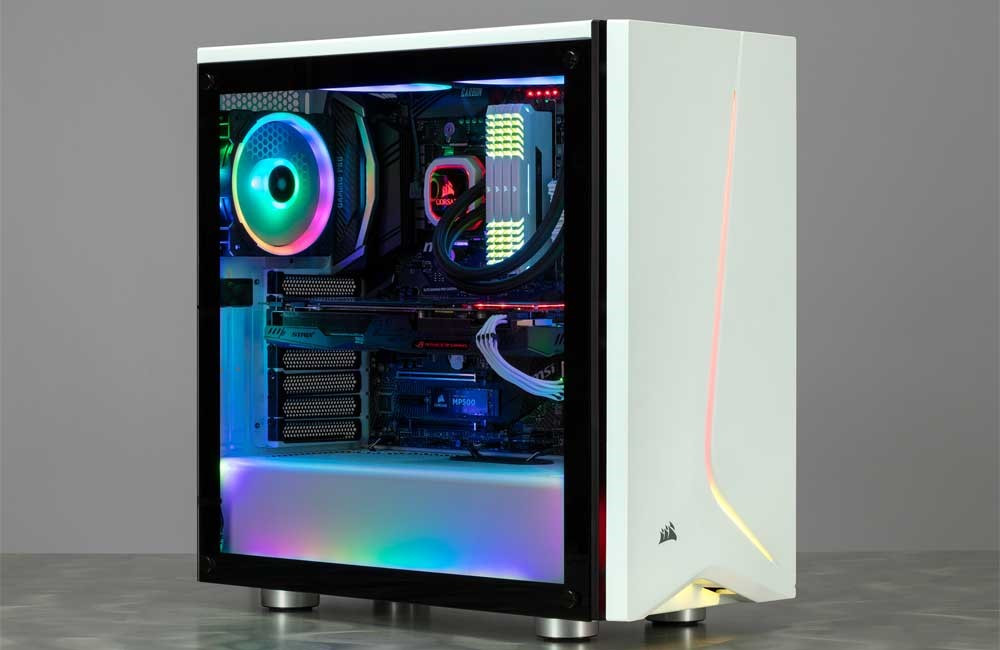 Corsair, a brand immediately recognized in the world of cases, memory, coolers and pretty much every other hardware component known to man has announced today its latest addition to the Carbide SPEC series of cases with the Corsair Carbide Series SPEC-06 RGB.

With a tempered glass side panel and a front panel lit up with RGBs and its distinct sliced front panel is sure to be eye catching, while Direct Airflow Path design delivers cool air to the systems hottest components and keeps your PC ahead of the curve.

With a beautiful tempered glass side panel, the SPEC-06 RGB allows you to show off your system in style, highlighted by a stunning RGB-lit curve recessed into the distinctive front panel. The integrated RGB front lighting is easily controlled by a built-in three-switch controller that adds dramatic illumination to your system, with seven different colors, two lighting speeds, and five color shifting modes including color wave, heartbeat, rainbow wave and more. Let your PC shine bright with vibrant patterns or stick to solid colors to match your setup.

The SPEC-06 RGB can fit a plethora of high-end PC hardware and cooling options. Two included 120mm cooling fans and CORSAIR Direct Airflow Path design ensure cool air is directed to the hottest components, with room for up to six 120mm fans and to install even the largest 360mm CORSAIR Hydro Series H150i PRO RGB Liquid CPU Cooler. On the storage side it allows for up to four 2.5in SSDs but only two 3.5in HDDs, as with most current cases with a chambered design.

The SPEC-06 RGB's builder-friendly internal layout enables quick and easy installation with intuitively placed rubber gromets and cut-outs that allow even first-time builders to create a great looking system. A plethora of cable tie-downs and a full-length PSU cover facilitate clean cable management, while removable dust filters in the roof, floor and front keep your system clean long after the build is finished.

(ethics disclaimer: These are affiliate links and we will receive a commission from Amazon/Newegg or other retailers).