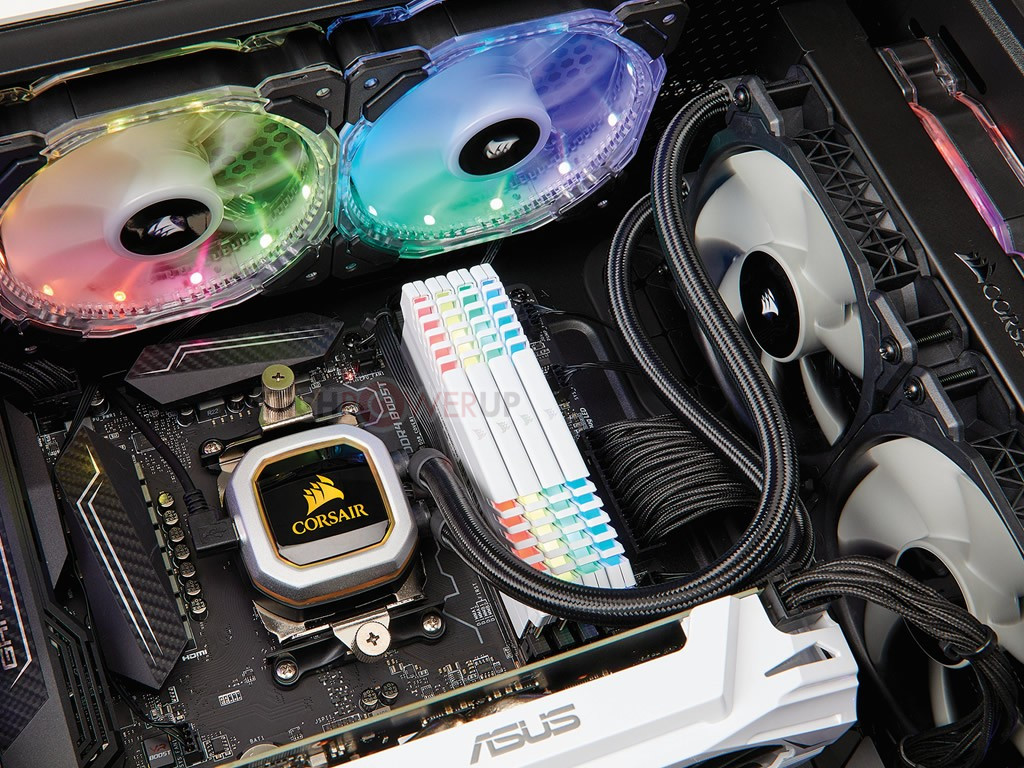 Corsair one of the most well known brands is preparing to update its venerated and well known H100i all in one liquid CPU cooler with the Corsair H100i Pro, it features a new "Zero RPM fan mode" which would work very similar to many GPUs and would use its integrated fan controller inside the pump block to turn off the fans when the liquid is below a certain temperature, and turn off like many current GPUs and was popularised by Nvidia with their GTX 900 series and later adopted by AMD on the RX 400 series GPUs.

Corsair has said they believe this will help gamers and enthusiasts overcome the biggest downside to liquid cooling, the relative noise level compared to air coolers and get consumers to pick up a H100i Pro.

Corsair iCue software is at the heart of this product with an RGB LEDs lighting up the pump, no RGB fans are included though as we get a pair of ML 120 fans included in the box for this cooler which when on will be used to cool the 240 mm x 120 mm radiator. Each of these fans rev up to between 400 to 2,400 RPM, when on and can push up to 75 CFM of air through the fins and a noise output of 37 dBA.

As for the RGB pump and block, it looks like the same on used in the recently updated H100i and has the same silver finish and octogon shape. The cooler will support most modern socket types, with the LGA 2066, LGA 2011, LGA 1156, LGA 1155, LGA 1150 and LGA 1151 on the Intel side with AM4 on the AMD side, no word Threadripper or older FM2 and AM3 socket types though.

Pricing has not been announced for the Corsair H100i Pro though I would be suprised if it is under $110 and would estimate it to be between $150 and $120, we should expect to see a launch date soon.