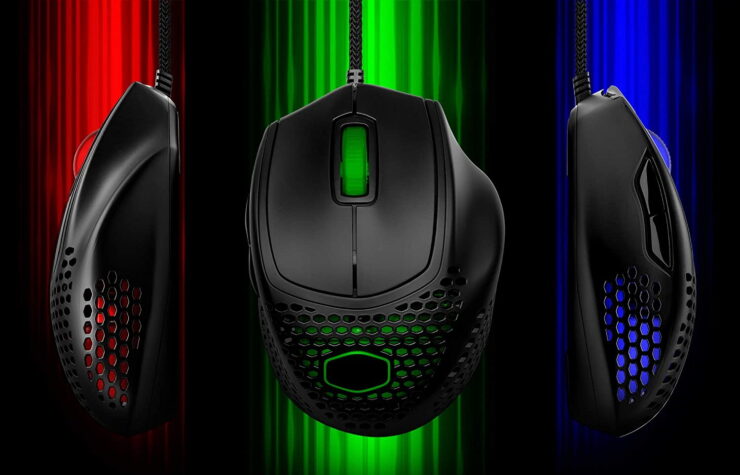 Not to stop their momentum with just one set of ultralight gaming mice, they've done it again. Cooler Master has finally released their cost-conscious MM720 gaming mouse with an astounding weight of only 49g.  It's great to see that Cooler Master has embraced the ultralight gaming mouse scene and expanding the success into other designs that already have a fond place in gamers palms.

If the MM720 looks familiar then you've likely seen this iconic design with the pinky rest in the past, but it's been a minute. The last time we saw these specific curves was the launch of the Xornet II way back in March of 2016. But since then the market sure has changed and the lighter the better in most cases. They basically took what made the MM710 so well received and backported it along with improvements to this mouse.

“The Spawn and Xornet mice are still beloved in the PC gaming community to this day,” says Bryant Nguyen, Peripheral General Manager. “Making an updated version of these mice was a matter of ‘when’ not ‘if’ - and adding a lightweight factor to it really puts it over the top as a must-have gaming accessory.”

So yeah, the MM720 is a reimagined version of the classic Spawn and Xornet lineups but with great improvements. Well, what are those improvements you ask? There's the obvious Cooler Master logo inspired honeycomb shell for starters. Cooler Master has also upgraded switches to now feature LK Optical rather than mechanical switches for better, longer-lasting, and more accurate clicks. Can we get these on the MM710 anytime soon guys? Sensor wise we're looking at a PixArt PMW3389 with a 16K DPI. No basic feet here, you're getting the PTFE treatment here for super-smooth glides.

The MM710 carries an IP58 rated internal coating. This will help prevent it from damage due to dust and moisture, but I would still avoid Cheeto fingers for good measure. One cool thing that Cooler Master is doing with the launch here is the inclusion of their Mice Grip tape for the first 30,000 units they sell. The grip tape is made of anti-slip material and comes pre-cut at .75mm thick padding. If you miss out on the launch rate you can snag it later for $9.99

Oh yeah, it has RGB.

The Cooler Master MM720 is available on Amazon right now! Available in Matte Black and Glossy White, either one will only set you back a mere $49.99.