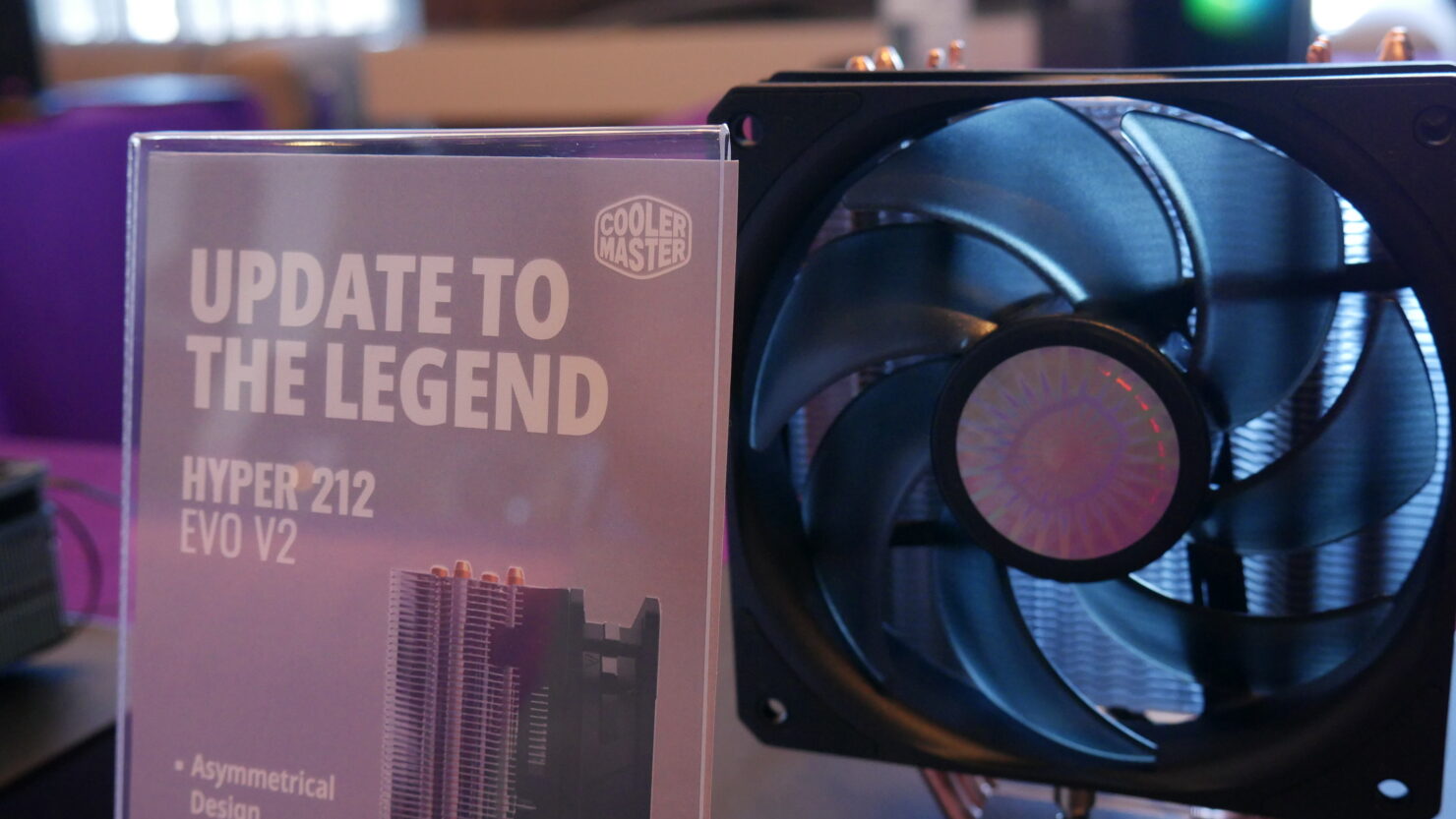 The Cooler Master Hyper 212 EVO is one of the best-selling CPU coolers on the market and is now getting a new V2 model. The updated version, which has an asymmetrical design to offset the fin-stack away from the motherboard's memory slots.

Cooler Master hasn't stated if they are changing any other specification of the CPU cooler. If they don't, the updated CPU cooler will utilize a four direct contact heat pipe design, with Cooler Master's patented CDC (Continuous Direct Contact) technology to draw heat away from the CPU quickly. The original Hyper 212 EVO's mounting kit provided support for the latest sockets from both Intel and AMD. 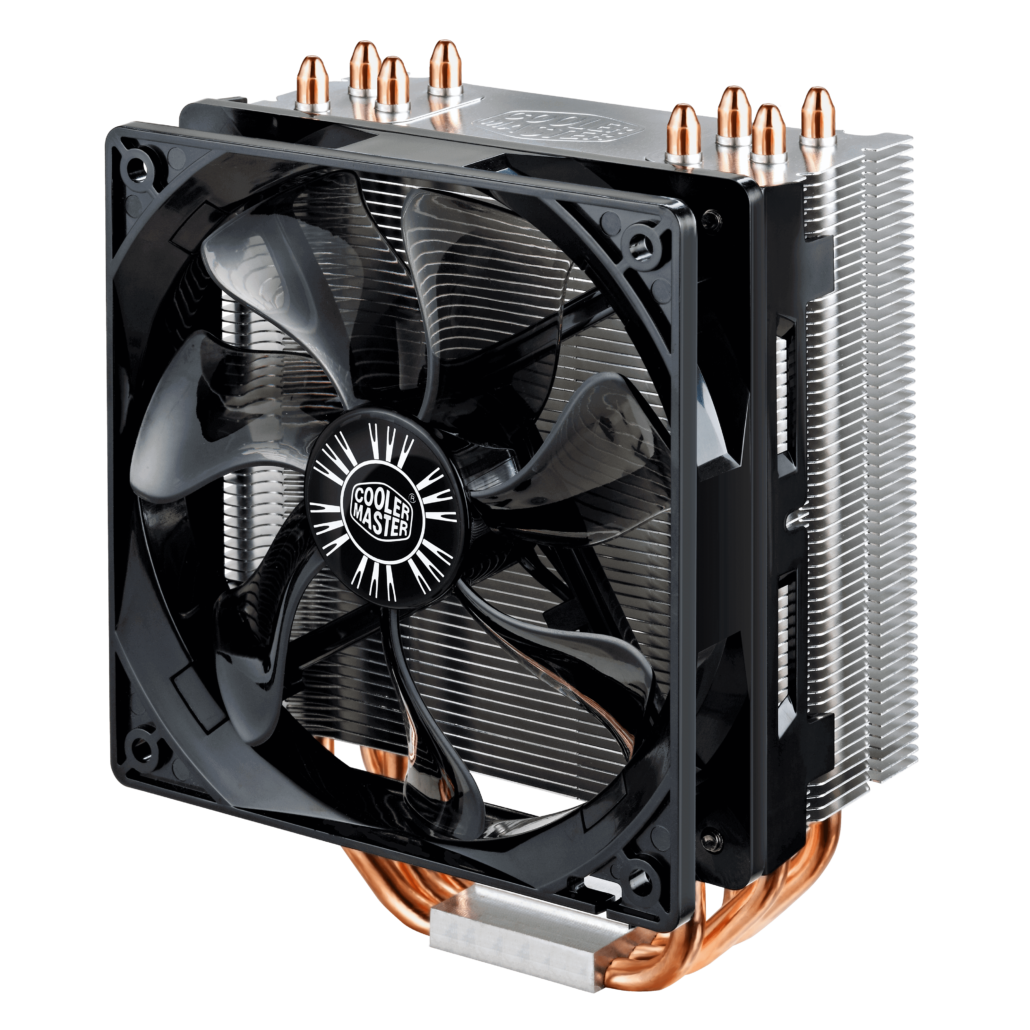 The Cooler Master Hyper 212 EVO is one of the best selling budget, aftermarket CPU cooler.

The Cooler Master Sickle Flow V2 spinner will come with four different variants based on lighting: $7.99 for lack of any RGB, $9.99 for red/blue single-color, $13.99 for RGB, and $16.99 for ARGB lighting. The updated version of this fan utilizes a rifle-bearing frame and an Air Balance fan-blade design.

The specifications of this fan have not been mentioned, but looking at its predecessor, this fan 120 mm in size and have an RPM of at least 2,000 RPM. The predecessor can deliver up to 69 CFM of airflow to efficiently and effectively dissipate the heat away from the fin stack. The predecessor also produces a mere nineteen dBA of noise, keeping the overall noise lower than the original fan included in the original Hyper 212 EVO, which had a peak noise level of thirty-six dBA. The updated fan is planned to use the standard 4-pin connector.