Control Ultimate Edition on PlayStation 5 is a big step-up over the last-gen version of the game, although it doesn't compare to the PC version at max settings.

Digital Foundry took a good look at Control Ultimate Edition running on PlayStation 5, confirming that performance is mostly solid in both display modes - the 60 FPS mode and Ray Tracing Mode.

On PlayStation 5, the 60fps mode is mostly solid, with slowdown only really manifesting in the most effects-heavy combat, where the screen is filled with taxing effects work. Meanwhile, the RT mode at a capped 30fps is consistent, properly frame-paced and sticks doggedly to its target for the vast majority of play with only minor deviations. Xbox Series consoles are similar, but what looks like occasional I/O stutter seen in last-gen versions (and also in PC) is present.

Digital Foundry also praised Control Ultimate Edition's ray tracing implementation, despite it being quite limited, compared to the PC version.

The RT horsepower in the new consoles isn't enough to deliver the full array of PC's ray tracing features but you are getting the best bang for the buck with RT reflections on opaque surfaces - like marble, metals and anything that is remotely shiny - as well as transparent reflections for glass. I'd suggest looking at the video at the top of the page for a more detailed breakdown of the wonderful advantages that real-time hardware-accelerated ray tracing brings to the table, but essentially we are talking about accuracy, precision and an often transformative visual effect. Put simply, the choice of materials in Control's environments and objects, not to mention its overall design, is a perfect match for the technology. With both night and day improvements to environmental detail, right down to added intricate detail in the smallest of objects, the 30fps RT mode is still a brilliant way to play the game.

Digital Foundry also made a quick comparison between Control Ultimate Edition running on PlayStation 5 and the PC version in its video tech review. Unfortunately, settings seem to be mostly on low on PlayStation 5, so a high-end PC is still the way to go for the best visual experience. 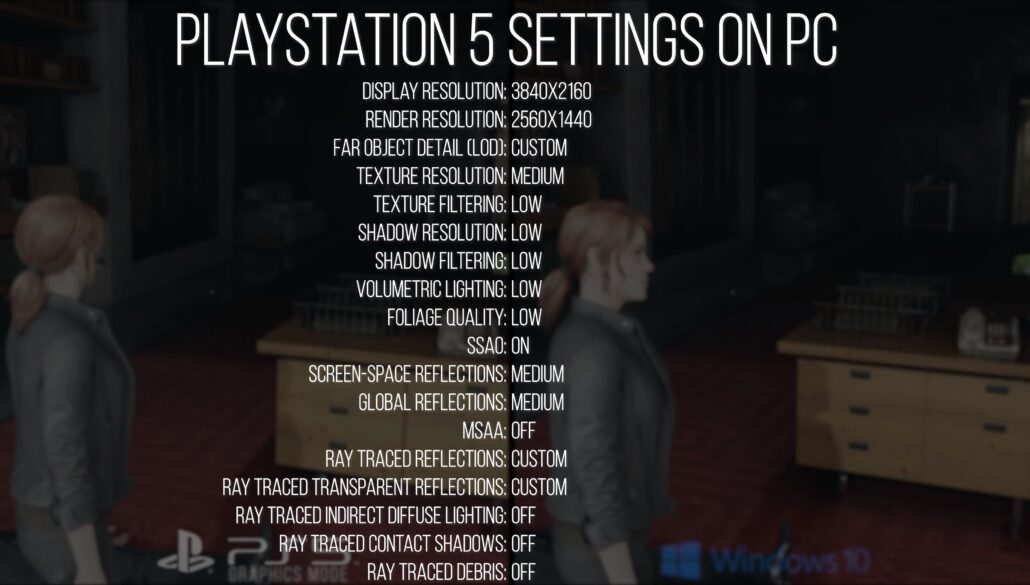 The full Control Ultimate Edition tech review from Digital Foundry can be watched below.