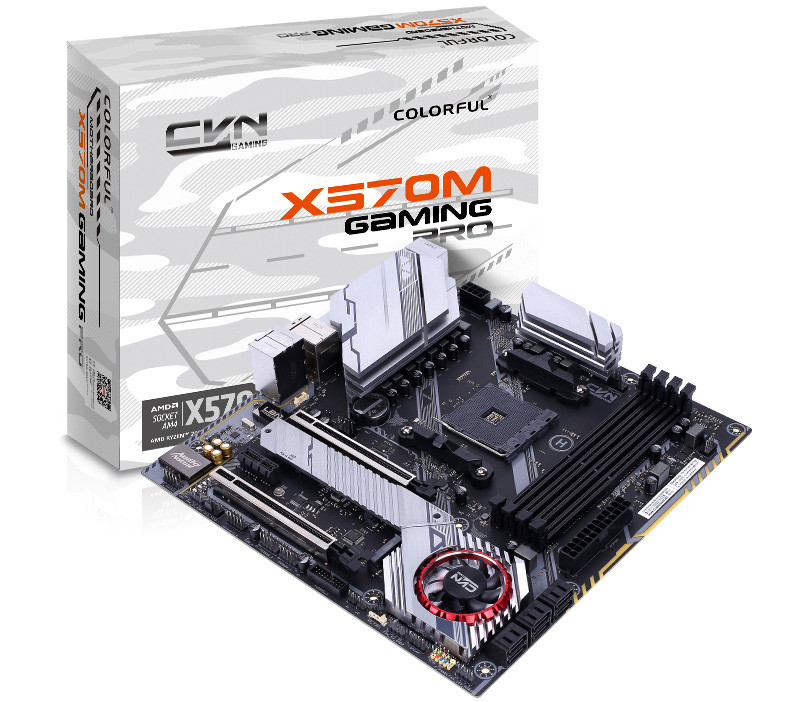 This X570 motherboard is Ryzen 3000 ready while still allowing for backward compatibility with Ryzen 2000 and Ryzen 1000 series processors, although only Ryzen 3000 series processor will get the added benefit of PCIe 4.0, which offers extra bandwidth to the PCIe slots making graphics cards, or other PCIe cards run more efficiently.

The CVN or Carrier Vessel Nuclear is a  series of products are focused on the quality of products, this motherboard is based on the ENERGY CORE design which gives this motherboard an amazing design of silver accents with a bit of red around the chipset fan. The two M.2 heatsinks have a silver finish which makes M.2 heat spreaders coincide with the contrasting color scheme.

The PCIe slots are steel reinforced which gives this motherboard a refined look, which helps with the contrasting color scheme of steel silver and the black PCB. The PCIe express slot is not steel-reinforced instead being just a plain black color.