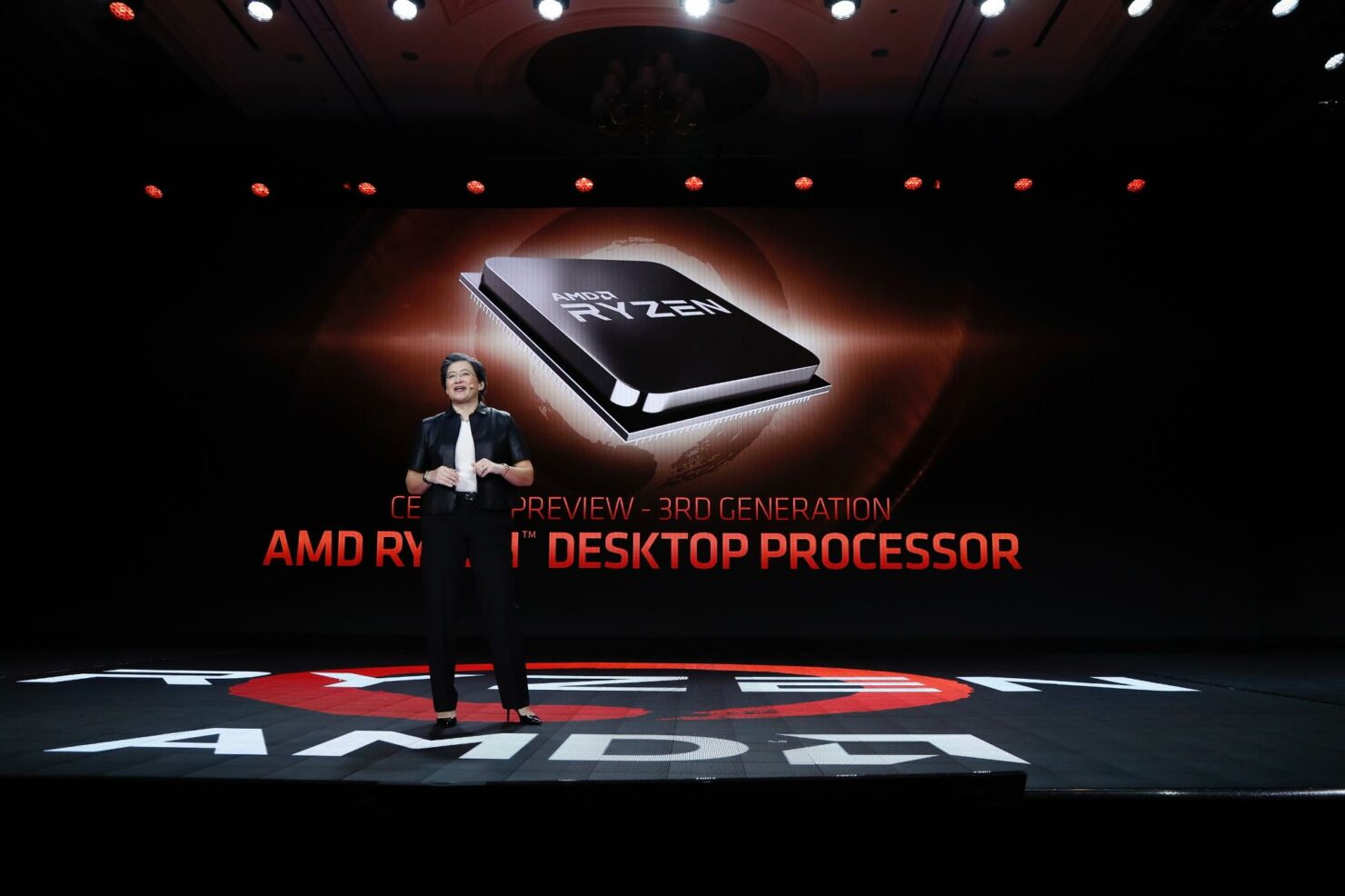 AMD's Ryzen 3000 series processors based on the Zen 2 architecture have yet again been listed by an online retailer in Singapore. The retailer has not only listed down the upcoming processors but also mentioned the prices of the processors which have yet to hit the market, which if (and a big if) correct can really disrupt the mainstream desktop segment yet again.

From the looks of it, this is the second listing which features the same processors last listed down by a Russian retailer back in January. The only difference is that the processors are now listed with their prices or should we say, placeholders. As we mentioned last time, the specifications and CPUs listed by the retailer seem to be a placeholder but since we are seeing these being mentioned on various channels, there might just be some legitimacy to it. Still, it's advised to take all of this info with a grain of salt until AMD officially shares the specifications and part names of their upcoming Zen 2 based processor lineup.

Based on the Singaporean retailer's listing (via Tomshardware), it looks like AMD is allegedly going to offer at least 10 Ryzen 3000 CPUs. Just like last time, we have the Ryzen 3, Ryzen 5, Ryzen 7 and the new Ryzen 9 parts which are mentioned here. The Ryzen 9 parts are obviously a nod at Intel's Core i9 parts which were introduced back in 2018 on the mainstream LGA 1151 platform. AMD, of course, wants to take on Intel's high core count mainstream processors with their own Zen 2 based High Core count offerings with twice as many cores. 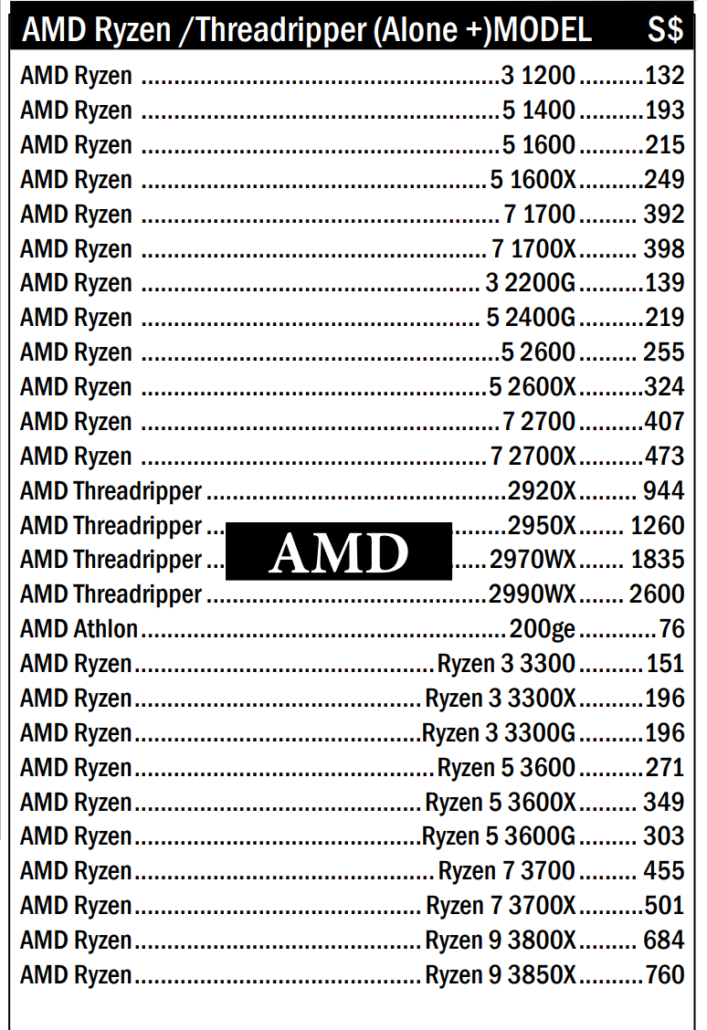 AMD’s Zen 2 architecture would deliver the first 7nm desktop processors, improving the chip architecture and increasing the IPC from the previous generation. AMD will also be adding in efficiency improvements to the new processors achieved through the new process node that allows for higher clock speeds.

With the AMD Ryzen 7 3000 series lineup, AMD seems to be offering two new parts, the Ryzen 7 3700X and the Ryzen 7 3700. Both parts are identical in core configuration with the differences lying in the clocks and TDP. The Ryzen 7 3700X will feature 12 cores and 24 threads which is 4 more cores and 8 more threads compared to the Ryzen 7 2700X. The CPU will clock in at 4.2 GHz base and 5 GHz boost clocks, matching the highest speed of Intel’s fastest 8 core chip in a 105W TDP package. 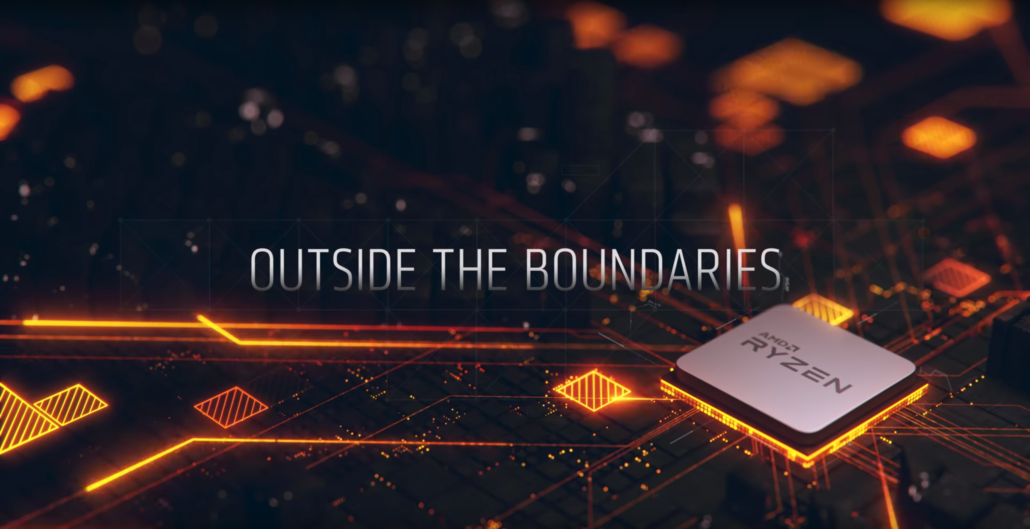 There's also the "G" series parts which feature integrated graphics. Rumors have stated that the upcoming Ryzen 3000 series "G" SKUs would feature Navi architecture. The Ryzen 5 3600G with 8 cores and 16 threads would feature clock speeds of 3.2 GHz base and 4.0 GHz boost while the TDP would be set at 95W. The processor would feature a Navi GPU with 20 CUs or 1280 cores. It will be interesting to see the placement on the die as AMD could either go single monolithic die for this part or use separate dies on the interposer which would include a separate Zen 2 die, I/O die, and a  Navi GPU die. This part is listed for $225 US.

The other "G" series SKUs is the Ryzen 3 3300G which would feature 6 cores and 12 threads. The clock speeds would be set at 3.0 GHz base and 3.8 GHz boost with a TDP of 65W. The chip would feature Navi 15 graphics with 960 cores and has been listed for $145 US. It will be interesting to see how the "G" series SKUs perform against Intel's upcoming desktop graphics with Gen 11 GPU architecture.

Overall, the pricing structure of the upcoming Ryzen 3000 series desktop parts sounds great indeed along with the specifications but these are not yet confirmed. So we have to wait for information from AMD themselves to see how much of this holds true. A recent rumor highlighted that AMD would be launching their Ryzen 3000 series CPUs and X570 mainstream motherboards in July, more on that here.