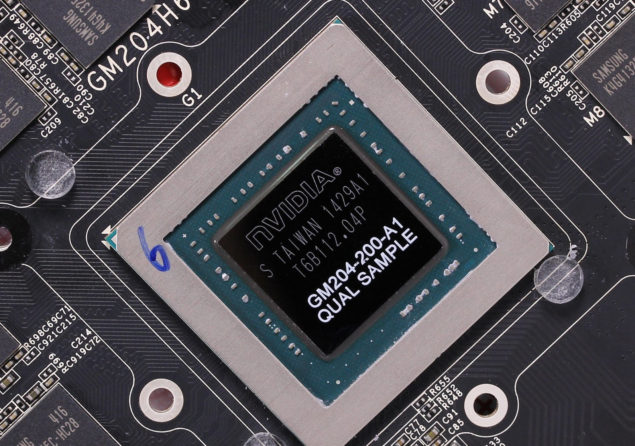 NVIDIA’s GeForce GX 970 features 13 SMM units placed in 4 GPC (Graphics Processing Clusters). Since each SMM unit has 128 CUDA cores, 32 in each logic unit (32 x 4), the total number of CUDA cores equates to 1664 on the die. From the first generation Maxwell core architecture, we learned that a Maxwell SMM (Streaming Multiprocessor Maxwell) unit has 128 cores compared to 192 on the current generation Kepler SMX units. The cores fused on the GeForce Maxwell generation of graphics cards were shows at 35% faster than Kepler cores but the percentage is increased with the second generation Maxwell architecture due to a mature process and architecture design that enables amazing power efficiency.

Along with that, we have a 4 GB GDDR5 memory running across a 256-Bit memory interface clocked at 1753 MHz (7.00 GHz Effective) which pumps out 224.4 GB/s bandwidth. The core clock is maintained at 1051 MHz and 1178 MHz boost clock something which I was expecting if the cards were to be able to take on the GK110 core based graphics cards. Lastly, we have the fill rate numbers which amount to 33.6 GPixels/s Pixel and 145.0 GTexels/s Texture fill rates. Now these are strictly the reference clock speeds and the custom models from both ASUS and Gainward will be clocked higher than these.

The Colorful GeForce GTX is a custom model which makes use of a custom designed cooling system that uses dual fan configuration to cool the heatsink assembly underneath it. The display outputs include the standard dual-DVI, HDMI and a Display port. The I/O panel also comes with a boost switch which enables a second BIOS that has a factory OC configuration stored within it. The card makes use of a 8 Phase PWM supply and power is fed through dual 6-Pin connectors which will be enough to feed this 148W beast. There are two SLI goldfingers which enable 4-Way SLI. Overall, the built quality of the card is great and we expect the card would be able to pull some good numbers when overclocked.

The second card is from my personal favorite brand Galaxy Microsystems who have now been renamed to GALAX which is the reason for the missing Y on their cards. The Galax GeForce GTX 970 GC makes use of a custom designed PCB and a large cooling assembly which incorporates dual 92mm fans and a massive aluminum fin array through which heat is dissipated by four internal heatpipes that connect to the copper base. The GeForce GTX 970 makes use of a 7 Phase PWM supply (6 Core and 1 Phase for memory). The PCB is colored blue but the components are solid and high-end which allow for more overclocking potential. We are looking at a 8+6 Pin power configuration and the card sticks to the dual slot design. Display outputs include Dual DVI, HDMI and a Display port. 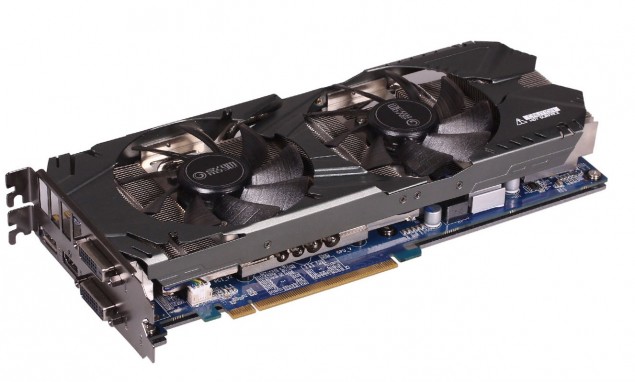