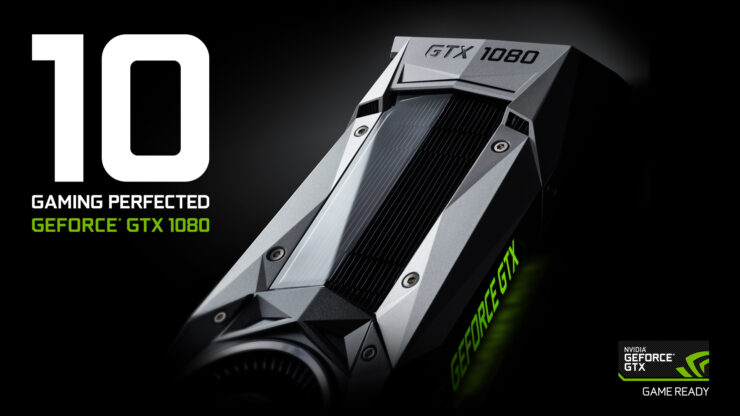 Reports from the industry suggest that NVIDIA is having excellent success with their GeForce 10 series cards as most of their high-end products are sold out everywhere in the retail market. NVIDIA launched their GeForce 10 family based on the Pascal architecture earlier this month. The first products to be part of the new family were the GeForce GTX 1080 and GeForce GTX 1070 which are available around the globe but due to unprecedented demand, a issue regarding product shortage has developed.

The NVIDIA GeForce GTX 1080 is based on the latest 16nm FinFET process, featuring 2560 CUDA Cores.

There are two parts of this story, first one is that the GeForce GTX 1080 and GeForce GTX 1070 are out of stock almost everywhere but as soon as new stock fills in, they are sold out in minutes regardless of the pricing which leads several retailers to inflate prices on such products due to immense demand in the consumer market.

The GTX 1080 and GTX 1070 are high-performance cards and feature great performance increases over their old GM204 based counterparts. The GeForce GTX 1080 on average is about 25% faster than a GeForce GTX Titan X with OC models showcasing even better performance numbers.

The NVIDIA GeForce GTX 1080 is either out of stock or has limited stock on several retail stores.

Now NVIDIA and their AIB partners have a MSRP set for all cards but retailers take advantage in such situations by overcharging for such cards. Newegg currently has no stock of the GeForce GTX 1080 and while Amazon do have a limited stock, their prices are higher than the MSRP and set beyond the reference price of $699 US for the reference and $599 US for the custom models.

The NVIDIA GeForce 10 series cards are a big success for NVIDIA once again and there's a reason why this has happened. Despite a declining PC market, the PC Gaming market shifted their focus to high-performance parts. Many markets including China shifted to high-performance gaming components including high-end graphics cards which continuously increased NVIDIA's graphics market share with their Maxwell based parts. The GTX 970 and GTX 980 Ti were both $299 US+ cards which sold tremendously well in the gaming community. AMD on the other hand also managed to gain some attention with their high-end Radeon R9 390 series which was $299 US+.

“We are also seeing a shift to higher end GPUs in China,” said Jen-Hsun Huang, chief executive officer of Nvidia, on the company’s earnings conference call with investors and financial analysts. “Some of that probably has to do with the dramatic change in improvement in production value of games in China.” 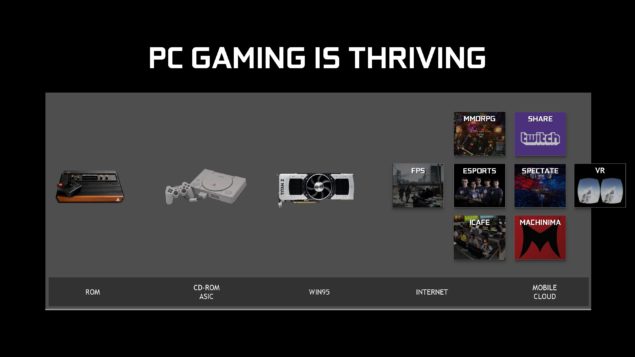 Jon Peddie Research also highlighted the increased migration of PC gamers to the high-end graphics cards. In Q1 2016, NVIDIA and AMD both reported an increased high-end discrete graphics board shipments while the PC market was declining in general.

Gaming the game changer. However, in spite of the overall PC churn, somewhat due to tablets and embedded graphics, the PC gaming momentum continues to build and is the bright spot in the AIB market. The gaming PC (system) market is as vibrant as the stand alone AIB market. All OEMs are investing in Gaming space because demand for Gaming PCs is robust. Intel also validated this on their earnings call., and the recent announcement of a new Enthusiast CPU. However, it won’t show in the overall market numbers, because like gaming GPUs, the gaming PCs are dwarfed by the general-purpose machines.

The overall GPU shipments (integrated and discrete) is greater than desktop PC shipments due double-attach—the adding of a second (or third) AIB to a system with integrated processor graphics—and to a lesser extent, dual AIBs in performance desktop machines using either AMD’s Crossfire or Nvidia’s SLI technology. via Jon Peddie

The PC Gaming market is generally attracted to cards which offers better performance increase over last gen cards at great value. The $349 - $399 US market is generally considered the perfect place where users can get decent high-end products such as the GTX 970, R9 390 and now the GTX 1070. AMD is trying to shake things with their RX 480 graphics card that offers great performance at sweet value to those who are now entering Virtual Reality landscape.

Those who want the best GPU performance look for premium products in the upper $500+ US segment with products such as the GTX 980 Ti, R9 Fury X and now the GTX 1080. A single GTX 1080 that has a MSRP of $599 US has 25% better performance than the Titan X and offers impressive VR capabilities that were showcased during NVIDIA's Pascal unveiling. We expect to see Pascal shipments get better in early July as NVIDIA delivers more GP104 GPUs to their AIB partners.