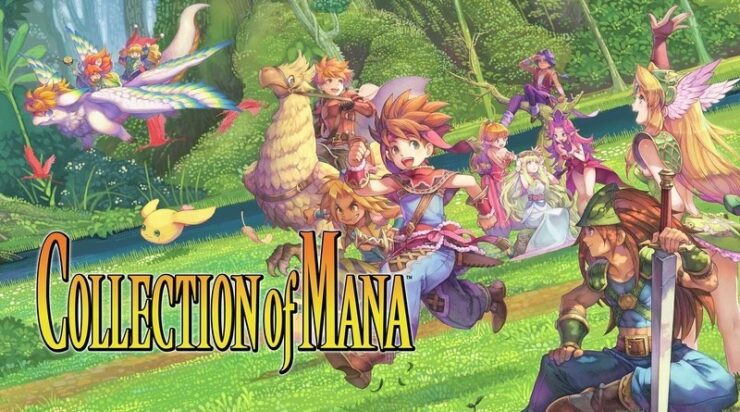 There's little doubting that E3 has been huge for Nintendo when it comes to game reveals. From The Legend of Zelda: Links Awakening, to the untitled sequel to Breath of the Wild or maybe a bit of Animal Crossing, Luigi's Mansion 3 or my personal favourite, The Witcher 3 coming to the Switch. Close behind The Witcher 3, and something I'm very excited for is the Collection of Mana.

A surprise launch, to say the least, the Collection of Mana has launched today on the Nintendo Switch and brings together the first three Mana games, these being Final Fantasy Adventure, Secret of Mana and - for the first time in the west - Seiken Densetsu 3.

The trailer for this huge launch can be seen below:

Square Enix, however, is not only releasing this collection and leaving it at that. The third title, Seiken Densetsu 3, or Trials of Mana, is also getting a full-fledged remake which will be coming to the Nintendo Switch, PlayStation 4 and PC (via Steam) in 2020.

Trials of Mana is a full high definition remake of the third entry in the Mana series, previously exclusively released in Japan in 1995 as Seiken Densetsu 3. Trials of Mana tells the story of six heroes as they battle against the monsters of destruction that threaten a world where Mana has been weakened. Players can customize their own party of three, selected from six unique characters, to experience different stories.

Having played the first two titles, I'm more than a little excited to play them again on the Switch, but also to be able to play the third game in the Mana series, either as it was originally or as a completely remade title.